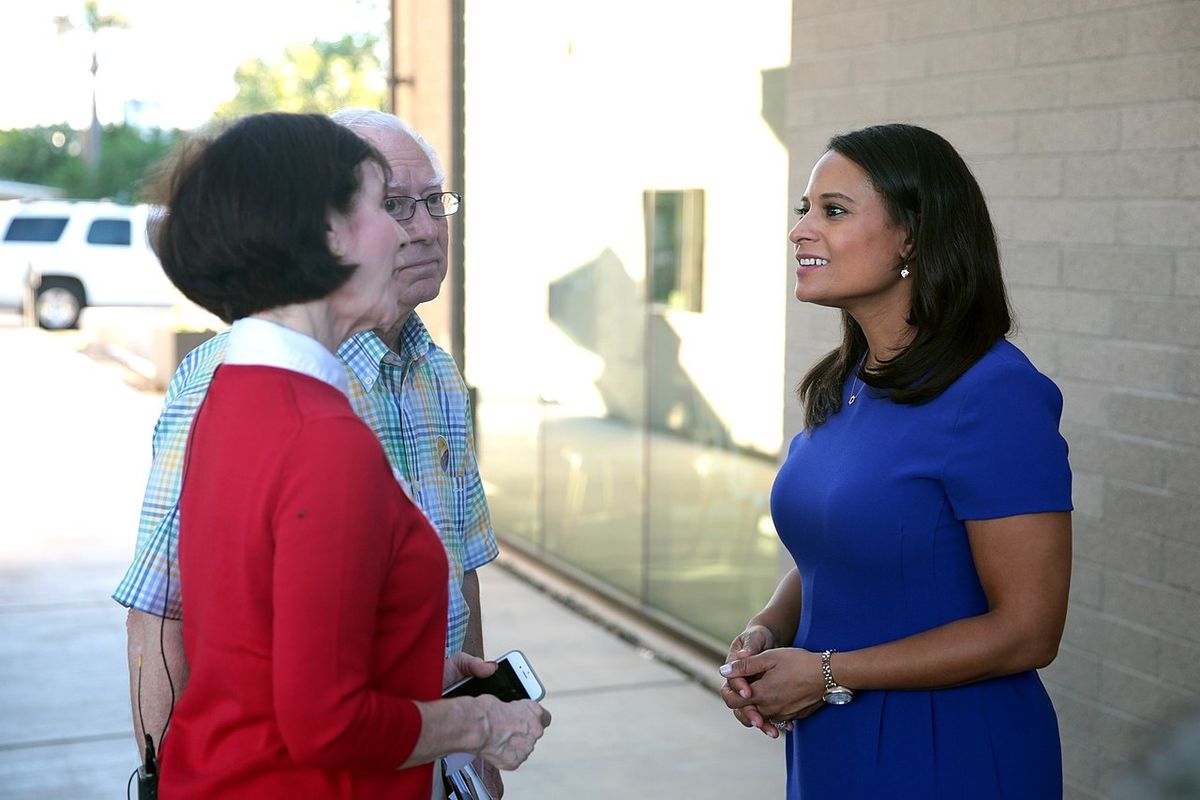 Both presidential and vice presidential debates have been interesting, to say the least. We've seen moderators come and go, all of which had difficulty managing the job they were tasked with. This, and final, time around the task of moderator falls onto Kristen Welker from NBC News.

Welker will be responsible for maintaining a semblance of order between Joe Biden and Donald Trump throughout the final presidential debate Thursday evening. Although the idea of preventing two, adult men from arguing may sound arduous to some (myself included) Welker seems like the perfect candidate for the job.

This isn't her first rodeo

Welker was born on July 1,1976 in Philadelphia, PA. She studied American history at Harvard College, graduating in 1998 before interning at TODAY. While living in Philly, Welker worked at WCAU for five years, which is the NBC affiliate in of Philadelphia. She now resides in Washington. D.C., where she holds the title of White House correspondent for NBC News.

She's been an NBC News correspondent and anchor for years

Some of you might remember Welker as the NBC News reporter who remained calm when lightening equipment fell around her while reporting on the Coronavirus in April. But Welker has been at NBC since 2010. In 2011, she became a White House correspondent, later being promoted to Weekend TODAY co-anchor in January 2020, due to her incredible coverage of the NBC News' 2016 campaign.

What else is new?

Trump's disdain towards the media, primarily NBC News, is nothing new. However, Trump has been especially critical of Welker in large part of her being a Democrat. Trump referred to Welker as a "radical Democrat" who has been "screaming questions" at him for a long time, according to this Vanity Fair story. In addition, Trump retweeted a post his son, Donald Trump Jr, posted about Welker, commenting, "She's always been terrible & unfair, just like most of the Fake News reporters, but I'll still play the game. The people know!"

Her biracial background inspired her to become a journalist

In June, Welker told Glamour how growing up biracial originally inspired her to become a journalist.

"Growing up as a biracial child, the idea of helping people of different races and backgrounds better communicate inspired me to become a journalist," Welker stated.

Amidst George Floyd death, Welker told the magazine she felt that same sense of civic obligation amid protests.

With protesters demanding change after George Floyd's death, it is more important than ever that everyone has a voice and elected leaders from the White House to City Hall are held accountable for their words and actions, or lack thereof," Welker said.

So there you have it. For anyone doubting Welker's credentials (ahem, Donald!) please refer to the above and retract your previous statement.

From Your Site Articles
kristen welker