6 Angela Davis quotes I think everyone should know

"Whenever you conceptualize social justice struggles, you will always defeat your own purposes if you cannot imagine the people around whom you are struggling as equal partners." 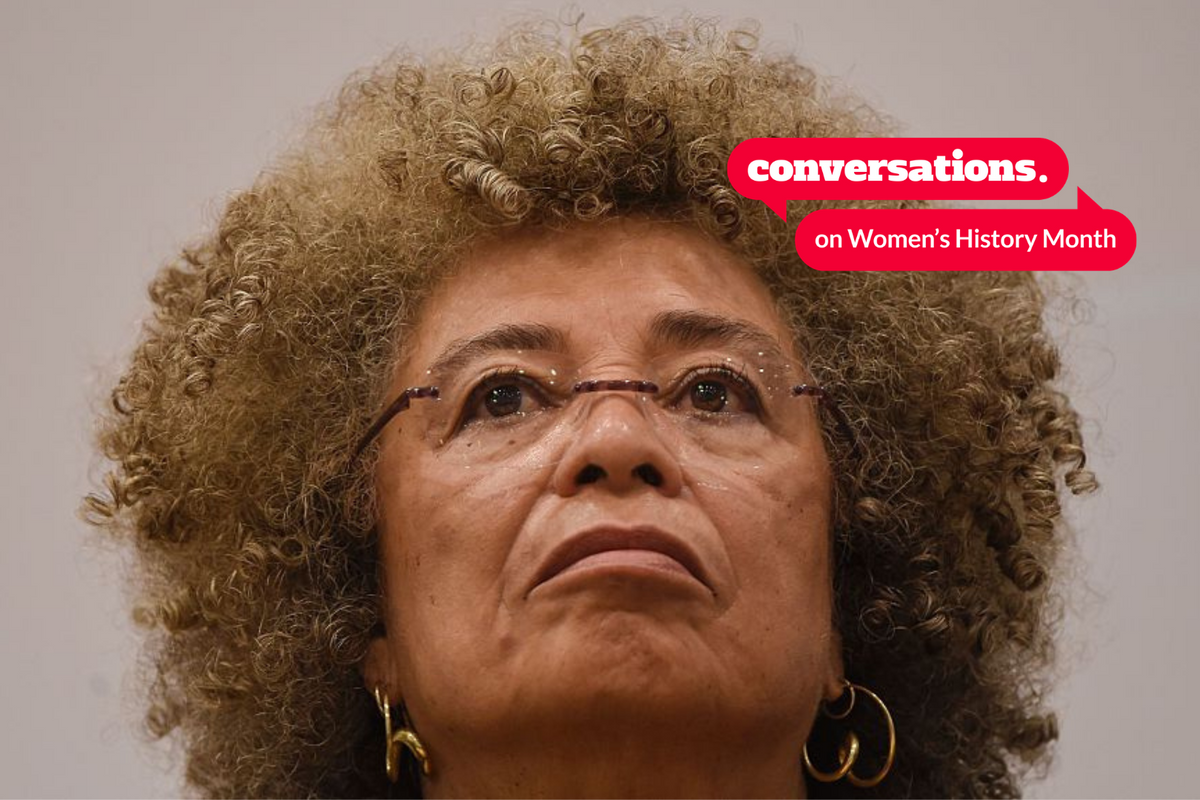 The United States has an extensive history of inspiring people who went against the grain to fight for equality. And many of them happen to be fearless women, such as Angela Davis.

Anytime I hear about Angela Davis, I automatically think about her prolific involvement in the civil rights movement, the Black Panther Party, feminism, and criminal justice reform (she was he was implicated in a murder case that led to her hiding out. Eventually, she went to prison but was acquitted in 1972.).

But her quest to make America a better place started way before this. And it's extraordinary.

Born on January 26, 1944, in Birmingham, Alabama, Davis recognized the significant toll racial injustice had on the Black community. Her neighborhood in Birmingham was called "Dynamite Hill" because of the number of homes in the area the Ku Klux Klan attacked. Additionally, as a teenager, she organized interracial study groups, which, unfortunately, were shut down by the police.

Although she was unable to participate in the initial years of the civil rights movement in Birmingham in the '50s and '60s, she created a program to get Black students to the North from the segregated South. She also volunteered for the Student Nonviolent Coordinating Committee.

It's spectacular to see Davis fight for what she believed in, working tirelessly for the greater good of all.

Today, she is a professor at the University of California, Santa Cruz, in its History of Consciousness Department. She is the former director of the university's Feminist Studies Department and has authored several books, including Women, Race, and Class (1980) and Blues Legacies and Black Feminism: Gertrude Ma Rainey (1998).

Without further adieu, scroll through these six Angela Davis quotes about feminism, the community, and criminal reform that are still relevant to today's social landscape.

1. "An attempt to create a new conceptual terrain for imagining alternatives to imprisonment involves the ideological work of questioning why "criminals" have been constituted as a class and, indeed, a class of human beings undeserving of the civil and human rights accorded to others. Radical criminologists have long pointed out that the category "lawbreakers" is far greater than the category of individuals who are deemed criminals since, many point out, almost all of us have broken the law at one time or another."― Are Prisons Obsolete?

2. "Whenever you conceptualize social justice struggles, you will always defeat your own purposes if you cannot imagine the people around whom you are struggling as equal partners." ―Freedom Is a Constant Struggle: Ferguson, Palestine, and the Foundations of a Movement.

3. "If Black people had simply accepted a status of economic and political inferiority, the mob murders would probably have subsided. But because vast numbers of ex-slaves refused to discard their dreams of progress, more than ten thousand lynchings occurred during the three decades following the war."― Women, Race, & Class.

4."What can we learn from women like Gertrude "Ma" Rainey, Bessie Smith, and Billie Holiday that we may not be able to learn from Ida B. Wells, Anna Julia Cooper, and Mary Church Terrell? If we were beginning to appreciate the blasphemies of fictionalized blues women - especially their outrageous politics of sexuality - and the knowledge that might be gleaned from their lives about the possibilities of transforming gender relations within black communities, perhaps we also could benefit from a look at the artistic contributions of the original blues women."—Blues Legacies and Black Feminism: Gertrude "Ma" Rainey, Bessie Smith, and Billie Holiday.

5."This is a women's march and this women's march represents the promise of feminism as against the pernicious powers of state violence. And inclusive and intersectional feminism that calls upon all of us to join the resistance to racism, to Islamophobia, to anti-Semitism, to misogyny, to capitalist exploitation."- Women's March in DC, January 21, 2017.

6."Feminism involves so much more than gender equality. And it involves so much more than gender. Feminism must involve a consciousness of capitalism (I mean, the feminism that I relate to. And there are multiple Feminisms, right). It has to involve a consciousness of capitalism and racism and colonialism and post colonialities and ability and more genders than we can even imagine, and more sexualities than we ever thought we could name."- Feminism & Abolition: Theories & Practices for the 21st Century, Chicago, 2013.