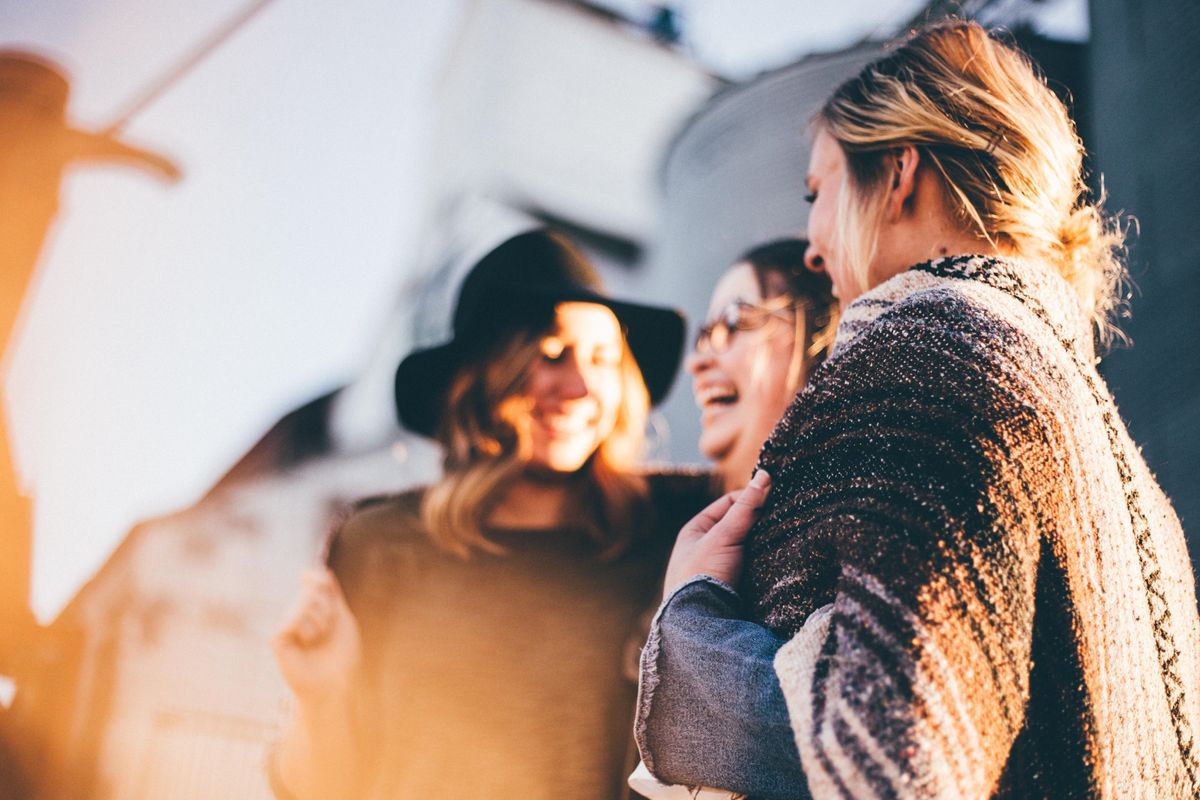 But I must admit, it was slightly difficult finding my footing in the beginning. Especially where dating is concerned.

Throughout the pandemic, it's safe to assume we've all experienced loneliness and social isolation. If you didn't, congratulations - you're most-likely a sociopath. Now that life is slowly obtaining some semblance of normalcy, it's expected that many of us will feel socially 'rusty'.

After all, being confined to your minuscule apartment and left to bake endless amounts of banana bread each week does little for your social skills. In fact, many experts believe that a lack of everyday social interactions can potentially lead to once-extroverted people feeling socially awkward and anxious.

According to the American Psychological Association, social withdrawal is defined as "limited access to society's resources," and a "lack of adequate opportunity for social experience." When individuals experience social deprivation, it becomes difficult for them to relate to one another. This explains why many individuals might feel like it's becoming more challenging to interact with one another after the pandemic.

Evidence suggests that human interaction is essential for our brains to function and evolve. In fact, a lack of social connection can actually heighten health risks, according to Julianne Holt-Lunstad, PhD, a professor of psychology and neuroscience at Brigham Young University. In a 2015 study, Holt-Lunstad discovered that loneliness and social isolation are twice as harmful to physical and mental health as obesity.

"There is robust evidence that social isolation and loneliness significantly increase risk for premature mortality, and the magnitude of the risk exceeds that of many leading health indicators," Holt­Lunstad says.

So how do we regain control over something that once felt so easy? That part might take a little finesse.

After being in isolation for over a year, entering into society will take some time. For individuals seeking a paralyzing sense experts recommend some form of counseling or therapy. As someone who wholeheartedly believes in the wonders of therapy, I can attest to its magic. When the pandemic first hit, I found myself feeling extremely overwhelmed by the isolation. I immediately turned to therapy and can honestly say it was the most effective forms of self care I've indulged in.

If therapy isn't your thing, Holt-Lunstad recommends intentional acts of kindness and safe volunteering as an antidote to loneliness and the anxiety individuals face as the world returns to normal.

"There's evidence to suggest that those who are chronically lonely may have a cognitive bias — and negative cognitive biases can make it difficult to engage and initiate those kinds of social engagements, [meaning] it may be difficult to kind of make the first move, socially, so to speak," Holt-Lunstad said. "By doing something to help someone else, that can kind of potentially take some of that hesitancy away, because it puts the person in a less vulnerable position because they're focused on helping someone else."

However you decide to move forward, understand that it will take time. It isn't an emotional switch automatically programmed to turn on and off. Be patient with yourself and the rest will eventually follow. If not, there's always countless recipes of banana bread you can resort to.