The controversial things about Dr. Seuss that took me by surprise

Theodor "Dr. Seuss" Geisel is a prolific author whose work has become a literary staple in children's literature. Despite this, he has been accused of underlying racism in his artwork. 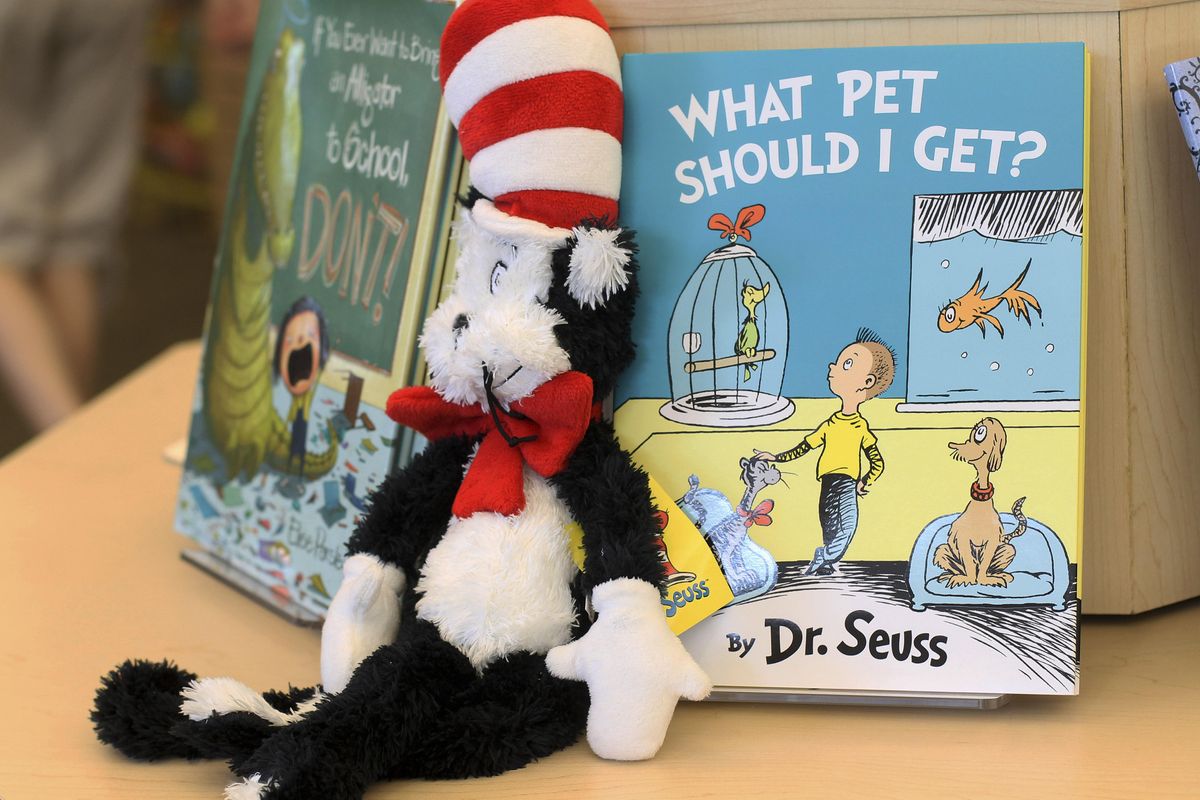 A plush 'Cat in the Hat' toy is displayed next to 'What Pet Should I Get?,' the latest book by Dr. Seuss, on Tuesday, 28 July 2015 at a bookstore in Concord, N.H. The book, released 24 years after the authorís death, includes the same pair of siblings featured in Seussís 1960 classic 'One Fish Two Fish Red Fish Blue Fish.'

Theodor "Dr. Seuss" Geisel is a prolific author, whose work has become a literary staple in children's literature. He illustrated during the early and mid-half of the last century, and was known to be progressive and anti-racist. Despite this, he has been accused of underlying racism in the artwork for a few years now.

National educators have been advocating to "cancel" the author in the name of change for this reason. March 2 is not only his birthday, but Read Across America Day. That has significantly altered.

Since 1998, the National Education Society exclusively showcased and highlighted Dr.Seuss' work. But in 2017, the organization shifted the focus to "Celebrating a Nation of Diverse Readers," which focuses on diverse American perspectives.

With that, here are some of the findings that are underlyingly racist within Dr.Seuss' literary career that surprised me.

The creation of a minstrel show

Unfortunately, you read that correctly.

Dr.Seuss wrote a minstrel show called "Chicopee Surprised" as a fundraiser for a school trip and performed it wearing Blackface.

The advertisements he created for bug spray company had racist

While creating advertisements with Flit, a DDT-laced bug spray company that was a subsidiary of the Standard Oil Company of New Jersey, racist images were portrayed of Black and Middle Eastern people. One ad appeared to portray an "African" wearing nothing but a skirt, which is quite offensive for obvious reasons, but I digress.

According to the Associated Press, six Dr. Seuss books will not be published anymore, such as "And to Think That I Saw It on Mulberry Street", "If I Ran the Zoo", McElligot's Pool," "On Beyond Zebra!," "Scrambled Eggs Super!," and "The Cat's Quizzer."

Some experts even claim parts of Dr. Seuss' work that had underlying racism in it as well were The Cat in the Hat and Green Eggs and Ham, which I read and adored as a child growing up. Although not explicitly racist, The Cat and the Hat could be viewed as Blackface even if that wasn't the intention.

READ: The tweet that made me think of the realities of racial insensitivity in the guise of jokes

The tweet that made me think of the realities of racial insensitivity in the guise of jokes conversations.indy100.com

It's not really a secret that racial insensitivity in the guise of a joke, whether the person knows it's insensitive or not, is quite common.

Moreover, in a study by researchers Katie Ishizuka and Ramon Stephens, they discovered that only 2% of the human characters portrayed in the Seuss' books were people of color. Forty-three characters were identified as having characteristics suggesting Orientalism. Only two characters are identified as "African," which aligns with the anti-Blackness.

They also reported the males of color tended to be portrayed as caricatures, through dehumanizing and exotified roles compared to the white characters. An example was a Chinese man drawn with chopsticks and a bowl of rice in his hand, with slanted eyes and yellow skin. Also, men in turbans with curled-toed slippers were noticed in A Little Bug Went Ka-choo; If I Ran The Zoo; And to Think That I Saw It on Mulberry Street; Did I Ever Tell You How Lucky You Are?; On Beyond Zebra.

Overall, despite Dr. Seuss' literature being ingrained into many people, especially children emerging into their literature prowess, there is still plenty to be done when it comes to encouraging civil rights and standing up for those discriminated against.

Related Articles Around the Web
dr.seuss