Comparing our kids to their peers is natural, but it can be damaging 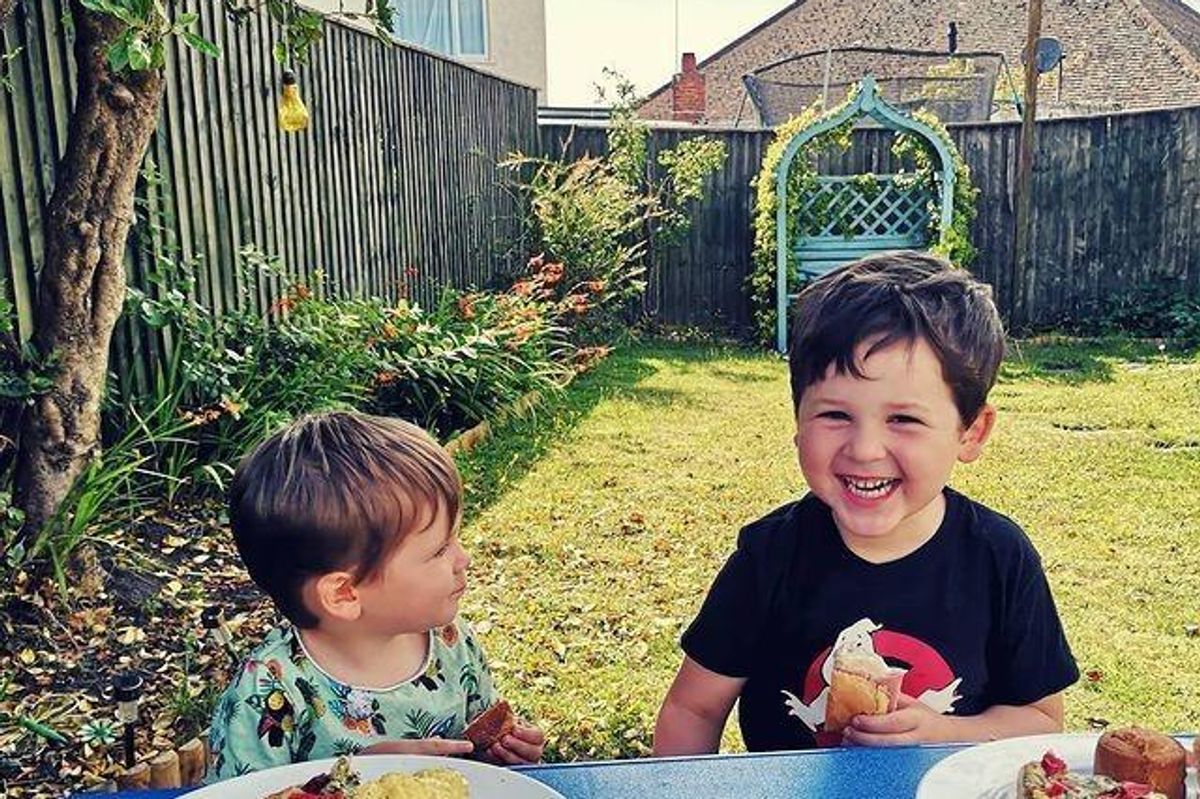 My toddler's toilet training can be patchy but he knows how to unlock the front door, and can snuffle out the packets of raisins no matter where I hide them

We enjoyed some rare child-free time this weekend and whilst walking in the sunshine down to the pub, I spotted a little girl who looked roughly the same age as our eldest riding a bike (without stabilisers), and immediately turned to my husband and said "we really should get him out on his bike and teach him to ride". He pointed out quite rightly that we don't know how old the girl is. But it raised a bigger question for me; why do I impulsively compare, and is it a healthy habit to have as a parent?

Its natural to compare and it can be a good thing; it can give you a nudge to nurture a developmental step, or it could reassure you that your kid is on track (just not on the bike track). Yet it can often cause problems. As a new mum I found myself worrying that the baby who was three weeks younger than ours was already rolling about in the Under 1s group. Writing that down now I think I was ridiculous to compare children that young, and to worry about it. But at the time it felt a big deal, and an unwelcome product of baby-parent groups designed to be supportive and friendly. I've found some baby groups can have a competitive edge to them, and I also suspect that some of the parents bend the truth every so slightly. It's natural to be proud of your baby, but is little Isabella really reciting the alphabet at six months? Is young Hunter really making his bed at one? Did Timothy actually do your tax returns this fiscal year? (Although to be honest he'd probably do a better job than me). Be aware that parents have beer goggles when it comes to their own children, and take it all with a pinch of salt.

This is especially true of social media. Posts, including mine, often suggest a perfect outing with the smiling children, and if the parent is in the photo they're usually not yelling. I don't often post pictures of the melt-downs, and I would never put a story up of the boys opening the toilet door and running off while I'm mid-wee. Most of the time that's because it's too hectic to record, rather than inauthenticity on my part, but also who would want to see that? My point being - if you compare your kids to the children you see on Instagram, you might wind up feeling a bit rubbish. Always remember that behind that ice-cream-in-the-sun picture is a massive drama in the car park because they wanted to take five sticks home for their "collection".

Ultimately I've chilled out a lot on comparing over the years as I've learnt that kids develop at their own rate. And despite my instinctive reflex to compare I'm better at putting it in perspective now, and am less likely to panic if my children are "behind". My little boy wasn't a fan of writing before he started school, and I was very anxious that he couldn't write his name when he started in September. The pandemic has certainly put all that in perspective, and he's progressed with writing so much (despite my home-school failings). I've also learnt that developing one skill can often stall another; one child will walk early but stay quiet for longer, or an early chatterbox might not bother crawling until much later. They are unique, they are forging their own path, and that is all that matters. Yes, he cannot ride a bike yet, but he can recite perfectly the opening song from Tim Burton's 'Nightmare Before Christmas'. My toddler's toilet training can be patchy but he knows how to unlock the front door, and can snuffle out the packets of raisins no matter where I hide them. We all have our talents and shortfalls. Obsessing over comparisons can distract you from how great your kids really are, bike or no bike.

ramadan
#StartTheConversation by joining us on
x