The Biden administration is in for a turbulent transition. 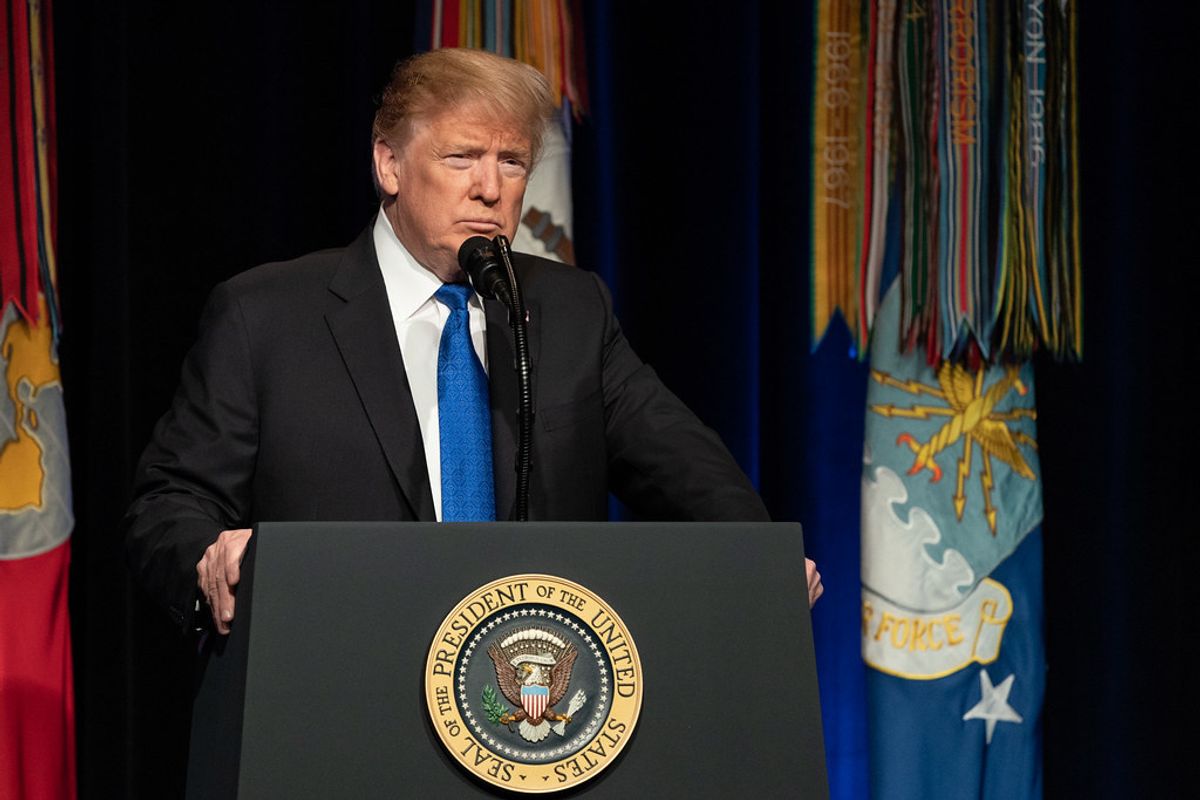 After waiting numerous days to discover who won the presidential election, between former Vice President Joe Biden and President Donald Trump, the news was finally announced. On Saturday, America woke up to news that Joe Biden would be the 46th President of the United States of America.

That alone issued widespread celebration throughout the nation. Although it's fantastic news to celebrate, it does't quite put an end to the horrific chapter of American history known as the Trump administration. Thanks to Trump accepting defeat like a 6-year-old child, the Biden administration is in for a turbulent transition.

The U.S. Constitution states that a president's term ends precisely at noon on January 20th. Until then, Trump retains presidential authority and therefore has the power and motivation to make Biden's transition into the White House more challenging. On Monday, Attorney General William Barr, infamous for using his position of power to advance Trump's political goals, mentioned he would examine the allegations of voting fraud before states certify results come Dec. 14th, which is when the Electoral College makes their final decision.

However, Attorney General Barr's memo didn't actually provide any substantial evidence of fraud. Sadly, Trump's pawns can't - or won't - see these heinous allegations for what they really are: another slap in the face to democracy, in an attempt to prolong Trump's time in office.

It's a blatant abuse of power which Trump's cronies fail to acknowledge, merely because their moral compass is buried so deep within Trump's wallet. Either that, or they're too frightened to speak up on account of being fired. I've lost track of how many individuals Trump fired from his campaign because they either didn't agree with or amuse him anymore. It's definitely far too many to count on all fingers.

This is nothing new for the Trump campaign. Trump has a history with complaining about rigging or fraud, which I think is ironic coming from a president who was impeached for abuse of power and obstruction of Congress. But that's a part of the Trump narrative. When things don't go Trump's way, he acts out and causes disruption.

In fact, Hillary Clinton called him out on it during one of their debates back in 2016.

"Every time Donald thinks things aren't going in his direction, he claims whatever it is is rigged against him," said Hillary.

For example, after the FBI conducted a year-long investigation into Clinton's emails and concluded there was no case, Trump claimed the FBI was rigged. When Trump lost the Iowa caucus and Wisconsin primary, he said the Republican primary was rigged. Then, when Trump University was sued for fraud and racketeering, Trump once again claimed the courts system was rigged.

Trump even tweeted the Emmy were rigged when he didn't receive an Emmy for his TV program three years in a row.

"This is a mindset. This is how Donald thinks. And it's funny, but it's also really troubling," Clinton stated. "That is not the way our democracy works. We've been around for 240 years. We've had free and fair elections. We've accepted the outcomes when we may not have liked them, and that is what must be expected of anyone standing on a debate stage during a general election."

But here's the thing, Trump is no ordinary candidate. Because in Trump's eyes, not only is he above the law, he is the law. That mindset goes for anyone who doesn't agree with him either. Just yesterday Trump fired Defense Secretary Mark Esper, because he apparently didn't support his political aspirations.

This move simply proves Trump is going to continue exercising his presidential power to the fullest, therefore making Biden's transition into the White House more difficult. In doing so he's sending a clear message to Biden, that the White House is still his and anyone who tries to snatch it from his hands will suffer under his wrath. Honestly, Trump's behavior has all the trimmings of a cheesy 80s cartoon villain.

But if there's one thing any cartoon series teaches us, it's that the villain always gets defeated and harmony is restored. So live it up while you still can, Donald. Your days in the White House are numbered.

From Your Site Articles
Related Articles Around the Web
donald trump