Presidential power often passes from one candidate to another seamlessly. However, America has not experienced a president quite like Donald J Trump. 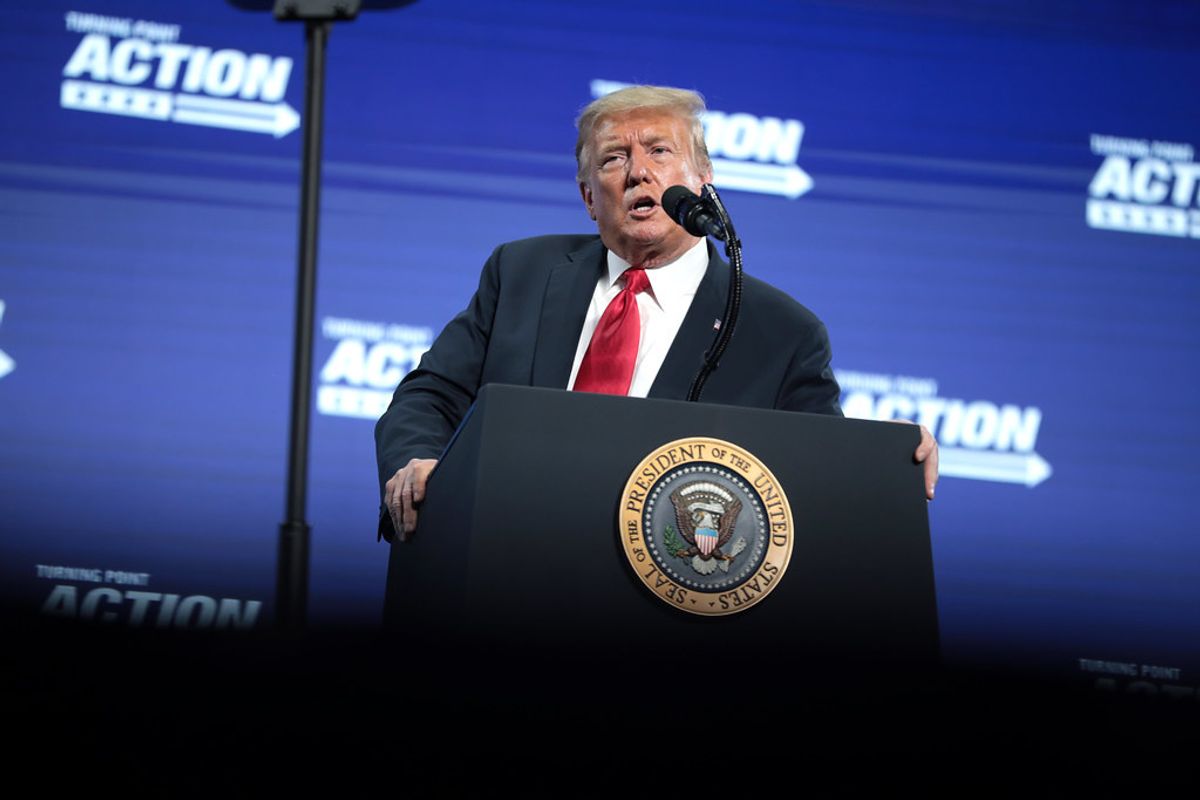 Presidential power often passes from one candidate to another seamlessly.

However, America has not experienced a president quite like Donald J. Trump. From the beginning, Donald Trump proved to be a presidential candidate unlike any other, breaking every rule and dismantling every norm in U.S. history. So it's no surprise his massive ego is getting in the way of accepting a defeat for his campaign, thus undermining the pillars of the U.S. Constitution in the process.

But Trump choosing not to go peacefully after Joe Biden and Kamala Harris were elected President and Vice President-elect win is just another testament to the man's character. Throughout his campaign, Trump continuously alluded to not conceding should Joe Biden win the election.

Last week, he held true to his word. With Biden leading the race, with 253 electoral votes, the Trump campaign filed lawsuits with Pennsylvania and Michigan, in an embarrassing attempt to cling onto the White House.

In fact, Trump has repeatedly stated the only way he would accept a defeat would be through a Supreme Court battle. This would explain the expedited process to place Judge Amy Coney Barrett on the Supreme Court shortly after Ruth Bader Ginsburg's passing.

"We want all voting to stop." Trump declared to the public shortly after claiming false victory of the presidency. For the Trump campaign to claim states are "stealing" the election is bogus. Counting every vote isn't stealing an election.

That is the election.

First things first, Trump doesn't have authority to stop states from counting votes. That alone would undermine our democracy. Under Article II of the U.S. Constitution, states have the right to administer their own presidential elections.

"Each state shall appoint, in such manner as the Legislature thereof may direct," it states.

What's more, every state has what is known as a "safe harbor" period, where states are provided time to complete their vote-counting and certification processes under federal law. This year, every state is granted 35 days, which will put us at a Dec. 8. deadline.

Pennsylvania just so happens to be one of those states.

So Trump would literally be going against the U.S. Constitution should his administration decide to proceed with the lawsuits. Bending the rules in his favor is nothing new for Trump. It's perfectly on brand.

But to be clear, there is no evidence which proves voting by mail equates to voter fraud. In fact, absentee and mail-in ballots postmarked on or before Election Day often take additional time to account for and tally up. Usually several days after Election Day.

If Trump had his way, he would allow tens of thousands of legitimate ballots to go uncounted just as he mentioned during a press briefing with Axios back in September.

According to the Transition Integrity Project report, "The potential for violent conflict is high, particularly since Trump encourages his supporters to take up arms."

So basically, if Trump refuses to accept Biden's victory, it would ignite a constitutional calamity, resulting in widespread chaos and partisan clashes.

However, The 20th Amendment states the term of each president ends precisely at noon on January 20. If Biden is elected, he will be give an inauguration address and sworn in. Once that happens, Biden will have the power to enact the Secret Service and order them to physically remove Trump from the White House.

One can only hope, right?