In declaring a ‘win’, Donald Trump is working towards a complete autocracy

Even in his incompetence as a leader, Trump's authoritarian dreams have succeeded. 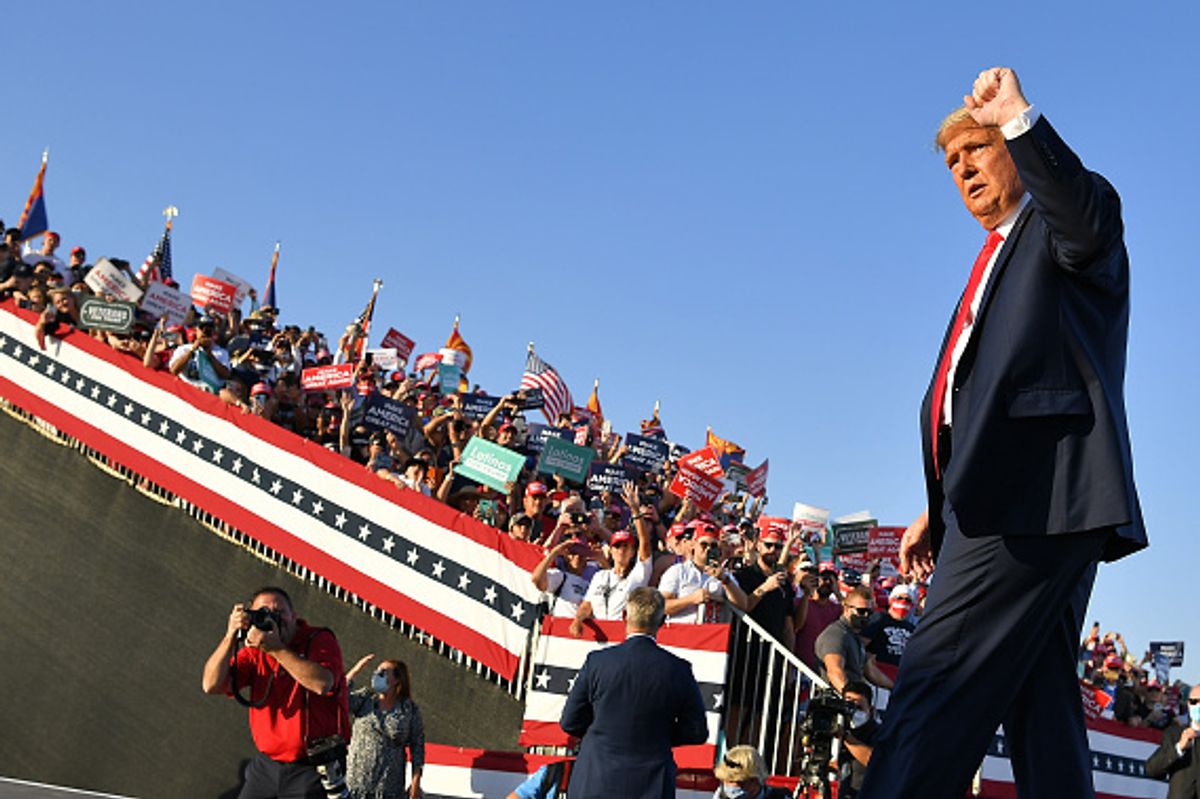 The President of the United States wouldn't be himself without thinking he was cheated of something or something is fraudulent, hence his accusations against the election.

On Wednesday, he made interesting claims, tweeting, "we have claimed Pennsylvania, Georgia, North Carolina, and perhaps Michigan - all states that were still counting votes." Just moments ago, he made more baseless claims, saying, " if you count the legal votes, I easily win. If you count the illegal ones, they can try to steal the election from us."

In understanding what autocracy entails, it's safe to say that Donald Trump has been doing his best to concentrate all the political power he can into the palms of his hands since he began the presidency.

Someone like Donald Trump was able to take advantage of a political system that was already flawed, riddled with money and power concentrated within the executive branch. In addition, when it seems that autocracy can't be reversed peacefully, an autocratic breakthrough has occurred, causing the government's foundation to be unable to protect itself.

This can be seen in the Supreme Court-packing, appointing an Attorney General who will always remain loyal, enforcing the laws that the autocrat wants to enforce, and changing electoral rules ( in instances of gerrymandering).

Even in the incompetence of the Trump Administration, his autocratic efforts align with some of these ideas. For example, the Justice Department under William Barr acts as law enforcement and a personal law firm, Trump declaring the election is rigged, promoting voter intimidation and suppression, and mobilizing far-right groups to monitor polling places (It's like we stepped into George Orwell's novel, 1984).

Oh, and we mustn't forget that he wants to change the election rules, which is absurd.

What will allow an aspiring autocrat —such as Trump —to transform the government would be the monopoly of political power. Many Americans, including myself, aren't used to the thought of a monopoly on political power as a direct issue. We realize that all the power to confirm presidential appointments was concentrated in the Senate.

Trump didn't even need the House.

In the four years of his presidency (which felt like an eternity), Trump has created a pipeline that runs from Barr to Senate Majority Leader Mitch McConnell, and the courts. The grapevine also extends to Fox News, which to a certain degree, serves as another branch of government for Trump that complied with his ideals. (Fox News recently ignited Trump's anger by not complying with his election delusion).

Trump continuously applies pressure to the pipeline in the electoral system. If he does happen to succeed, all his autocratic efforts will be complete. If he gets the short end of the stick, he will leave, rather reluctantly or delayed, but much of his autocratic system would still be in place.

As long as the Senate remains in the hands of Republicans, autocratic changes Ivan at least for a while - will be impossible to reverse. If Joe Biden is elected, he will most likely try to bring a sense of normalcy to the administration because he and the Democratic Party treat Trump as a transgression, easily dealt with by voting him out.

Since Tuesday, we have been shown that Trump is not a transgression, but rather the collective consciousness of half of the voters in the election. This indignant movement is not only capable of carrying Trump into election victory; they can even propel one of his children to candidacy in 2024 or onward.

Biden will need to actively work to dismantle the impact that Trump has had and address what allowed the mayhem to occur in the first place: money in politics, unregulated and profit-driven media, The Electoral College and the way the voting system discourages or prevents participation, and much more.

All in all, although it would be admirable, Biden has to be mindful about encouraging bipartisanship to implement new legislation, rather than confronting the daunting and time-consuming task of the federal judiciary. The autocratic system can return if he doesn't keep these things in mind, causing people like Trump to make America a place of constant unrest.