The notion anyone, let alone a mob of angry Trump supporters, could penetrate barricades and law enforcement, and enter legislative chambers is terrifying. 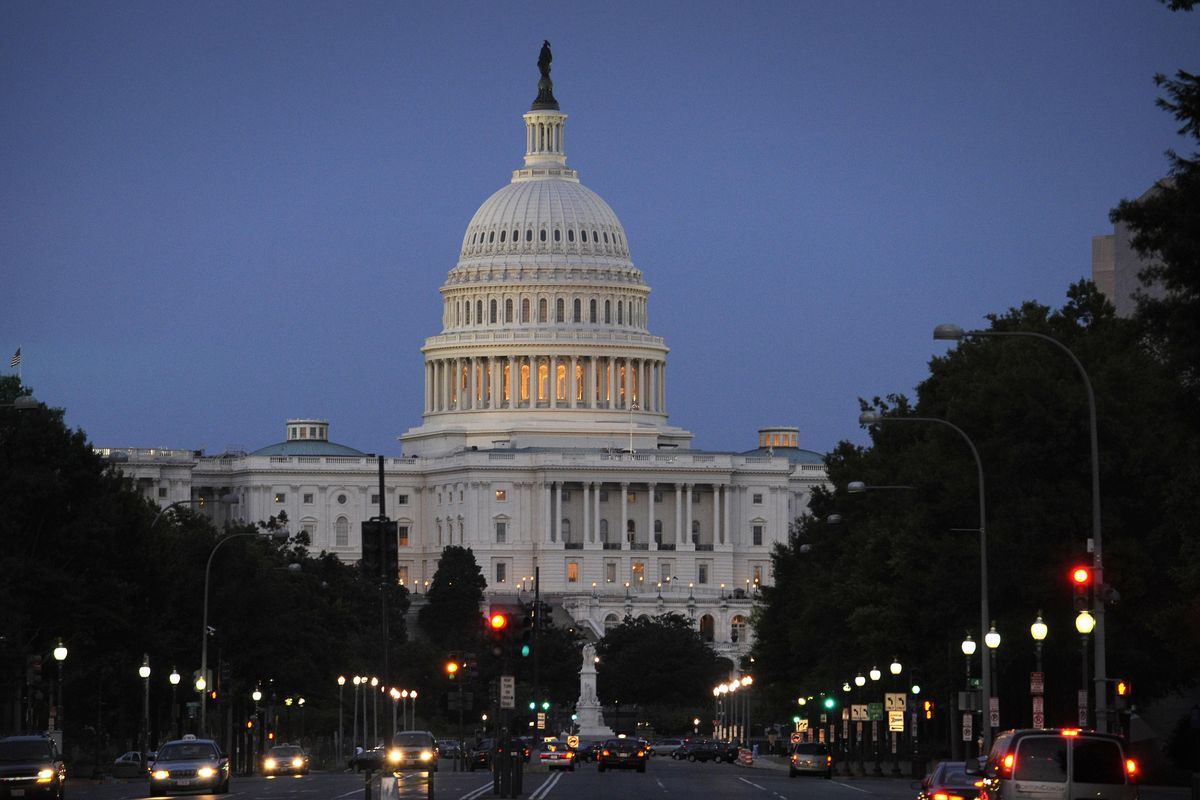 There are few things that surprise me anymore when it comes to Donald Trump. But on Wednesday afternoon, my astonishment returned with a vengeance. Just when you thought it couldn't get any worse, on Trump supporters decided to raid the U.S. Capitol during a session to count electoral votes to confirm President-elect Joe Biden.

At around 2:15 p.m., my phone illuminated with notifications that the U.S. Capitol had been placed on lockdown after angry Trump supporters sieged the building. It had come to this. Washington, D.C. was under attack from orders handed down by our own president. Reading those words out loud sends a chill down my spine, causing me to envision a scene straight out of The Purge.

Not only was this event incredibly unnerving, it was downright shameful. The notion anyone, let alone a mob of angry Trump supporters, could penetrate barricades and law enforcement, and enter legislative chambers is terrifying. But they did do it, and with little repercussions.

I attended every Black Lives Matter march in D.C. last year, and each time I showed up, there was an array of D.C. police, National Guard, U.S. military and Secret Service officers awaiting. You would think they were called because of a terrorist attack. But no, they were called in to "protect" the president from peaceful protestors. To add injury to insult, officers utilized teargas and arrested protestors who were doing nothing wrong other than speaking out against racial injustice.

Flash forward to January 2021, where the U.S. Capitol has been breached by an angry mob of Trump supporters, and very few police officers were to be found. What's more, it took hours before additional law enforcement arrived. There is something drastically wrong with that image. But what is probably more shocking is Trump's inability to acknowledge the attacks and put an end to the chaos. Instead, Trump remained silent, professing love for his supporters in a tweet.

It was President-elect Joe Biden who demonstrated true leadership, in an address where he urged the mob to "pull back and allow democracy to go forward."

Biden also pleaded with Trump to "go on national television now, to fulfill his oath and defend the Constitution and demand an end to this siege."

Of course, that didn't happen. That is precisely why these attacks occurred in the first place. The thing is, events like this don't just occur out of the blue. They're coerced over time. Trump has been laying the groundwork throughout his entire presidency. The events that took place on and in the U.S. Capitol were a result of Trump continuing to stoke the flames of violence within our country. He continues to praise his supporters for their loyalty, even when that loyalty becomes violent.

Four individuals have since died from the violent protest, and for what? So angry Trump supporters could desecrate a congressional landmark? Our congressional leaders deserved better than this. America deserved better than this. How can we justify the murders of innocent Black women and men, yet allow this anarchy to go unpunished? How can we condone peaceful protestors being teargassed for speaking out against racial injustice, yet turn a blind eye to these attacks?

Where is the logic in it?

The answer lies with a president who's own ego will not allow him to accept defeat. He sowed seeds of doubt within the minds of his most loyal (ahem, ignorant) subjects, alleging fraudulent voting and that he would never concede. His supporters listened carefully, hanging off each word their beloved president spewed, similar to a lovestruck teenager. Moments later, they stormed the halls of a U.S. Capitol.

That is not a coincidence. It's a country in turmoil.

Eventually Congress reconvened after the National Guard was activated, and what felt like a dark cloud over Congress slowly subsided. But the remnants of Wednesday's events will not be forgotten. We may have elected Joe Biden as our next president, but Trump's legacy will echo throughout Biden's presidency.

I often hear individuals blaming Trump for the amount of xenophobia and racism that exist within our country. But Trump wasn't the inventor of xenophobia or racism. They already dwelled deep within America's foundation. Trump simply normalized it.

But all is not lost.

Without sounding like a total politician, I believe we can come back from this. It might take some time and a lot of patience, but I have faith positive change is upon us. We need only to look at the political progress we made throughout the 2020 election. America witnessed voter turnout like never before, resulting in Democrats winning the presidency, House and as of Wednesday, the Senate.

We the people did that. We put our faith in a system and in worked in our favor. We can do it again, but in order to do that we need to work together as a nation. Only then can we dismantle the legacy Trump left behind.

From Your Site Articles
Related Articles Around the Web
us capitol