Let's talk about the "The Crown" disclaimer argument

Is a disclaimer really necessary considering fans are aware the series is a drama? 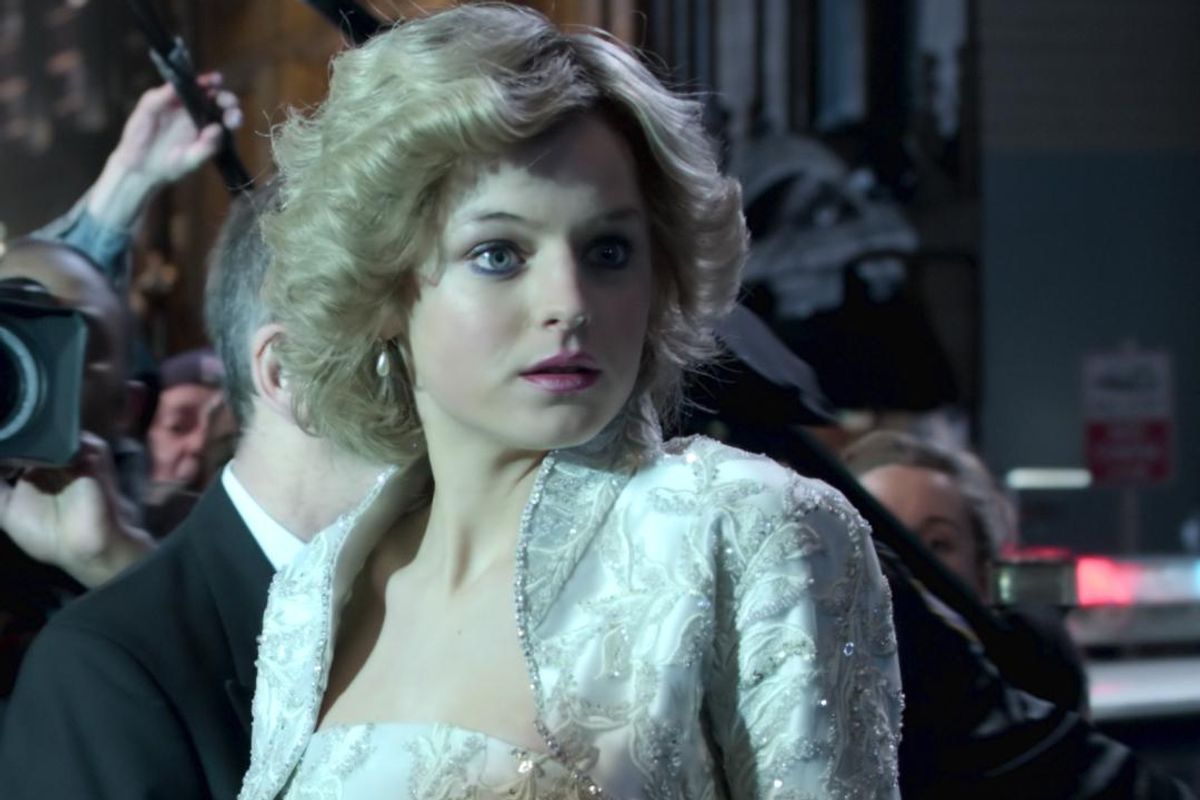 Emma Corrin as Princess Princess Diana in "The Crown"

The thing about a drama is just that, a dramatized version of something. However, when that story touches on real life events, things can become tricky. Especially if the Royal Family is at the enter of it.

The Netflix show depicting the reign of Elizabeth II is filled with intrigue, elaborate costumes and most of all: drama. But that's all it is; pure, fictionalized drama. However, British Culture Secretary Oliver Dowden thinks otherwise, urging Netflix to add a disclaimer, thanks to the controversial release of season 4.

But is a disclaimer really necessary considering fans are aware the series is a drama? Actor Josh O'Connor, who plays Prince Charles on the series, believes the decision to add a disclaimer is "outrageous," calling out Dowden during an interview with the Los Angeles Times.

"We were slightly let down by our culture secretary, whose job it is to encourage culture," O'Connor mentioned to the Times. "In my opinion, it's pretty outrageous that he came out and said what he said. Particularly, in this time when he knows that the arts are struggling and they're on their knees, I think it's a bit of a low blow."

The reason for the disclaimer comes from critics who claim the latest season is a misleading portrayal of the Royal Family, particularly in regards to Prince Charles and Princess Diana's marriage. Yet throughout the series' four year stint, the Royal Family appear to have remained unaffected by Netflix's portrayal of them. O'Connor mentioned he's completely against the disclaimer, believing fans are smart enough to differentiate between fiction and reality.

Naturally, Netflix refused to add a disclaimer considering the series is already labeled a drama. In addition, indulging in such a request would raise questions regarding how a country's internal politics can interfere with global programming decisions. Besides, there have always been shows and films portraying the Royal Family in the past. The Royal Family didn't have an issue with those particular portrayals.

Why is now any different? Surely the Royal Family can't be that fragile.

'The Crown' is yet another depiction of insecure men being threatened by successful women conversations.indy100.com

Throughout the new season (which I devoured in one sitting), among the many things that annoyed me were the overwhelming undertones of sexism.

Some would argue the series has always painted Elizabeth II in a somewhat positive way. Albeit her character was continuously stern and often keeping her emotions in check, viewers sympathized with Claire Foy and Olivia Coleman's depiction of The Queen. With the introduction of Diana Spencer (played by Emma Corrin) in season four, the audience has a new heroine to sympathize with. One consisting of empathy, sincerity and an unmistakable reliability.

Some might say Diana out shadows Elizabeth II as the show continues. I know I found the latest season far more entertaining than the last three, and a large part of that was because of Corrin's portrayal of Diana.

However, the new season also touches on some sensitive topics the Royal Family might not be keen on revisiting. Particularly its depiction of Diana's marital issues with Charles, along with her eating disorder and overall unhappiness. I know I wouldn't be comfortable with my dirty laundry dramatized for millions to stream. But that's the thing, this isn't a documentary. It's a fictionalized series.

Although some scenes touch on specific events that happened in the past, that doesn't mean they're 100% accurate. I think the audience knows that by now. Yet, it does raise an interesting question. If the latest season ruffled the Royal Family's feathers so much, maybe some of the events depicted aren't so inaccurate after all.

From Your Site Articles
Related Articles Around the Web
the crown