When will female Muslim achievement ever be acknowledged, praised and encouraged?

With all the inequality and misogyny apparently in Muslim communities, how can these two views find a happy medium? 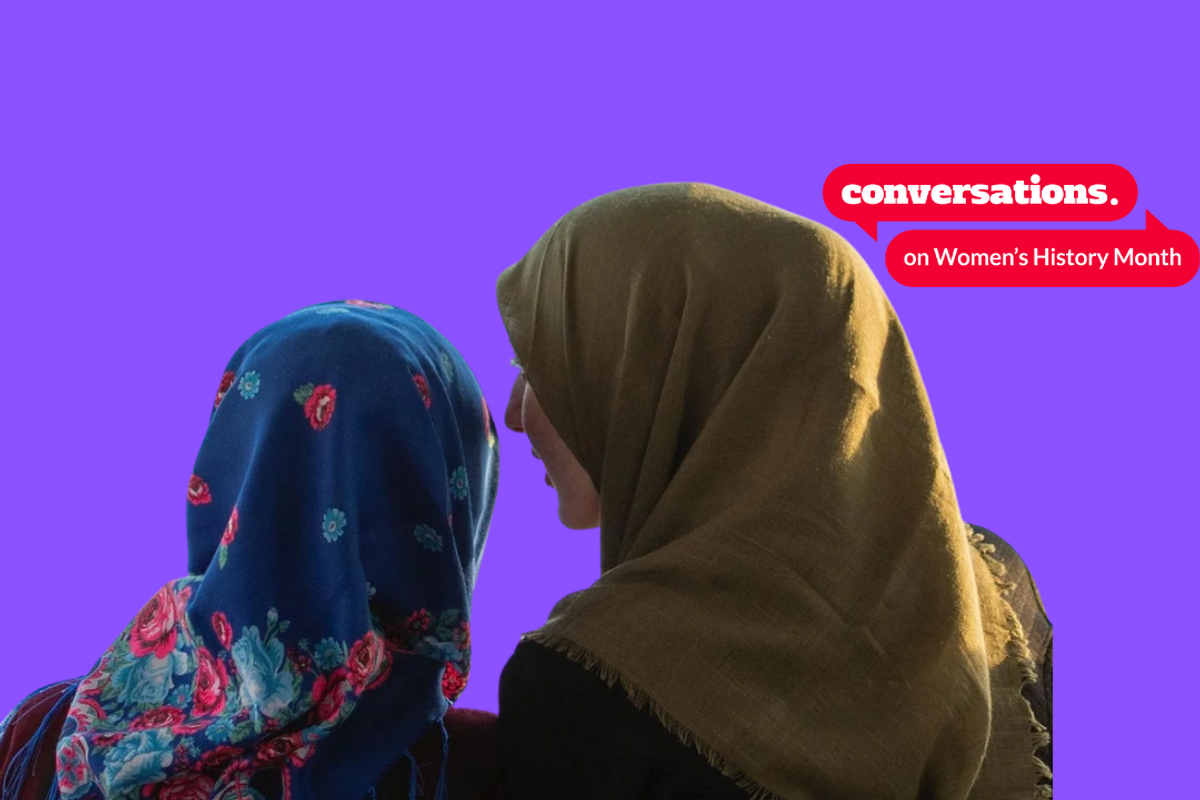 Does a Muslim woman have the right to call herself a feminist? With all the inequality and misogyny apparently in Muslim communities, how can these two views find a happy medium?

These are the questions I was again forced to confront after listening to a radio interview last month with Zara Muhammed, the newly elected Secretary-General of the Muslim Council of Britain, on BBC Radio 4's Woman's Hour.

It's not always fashionable to admit, but in the pre-internet days of my youth, the Radio 4 programme provided me a small window into a wider world. It reached beyond my own experience, and it taught me about female pioneers, trendsetters and leaders.

I learned about my physical and mental health and the reality of my opportunities in life. I respected the institution it had become. But that all came crashing down when Emma Barnett interviewed Ms. Muhammed.

There is little doubt that Emma used an aggressive style of interviewing - seemingly trying to catch out her guest. There was little acknowledgment that her new position was a sign of change and perceived 'progress' towards equality.

Yet this interview reached far beyond the studio and touched a very raw nerve with many Muslim women from all walks of life. When will female Muslim achievement ever be acknowledged, praised and encouraged?

Muslim women who are perceived to succeed in life (heaven forbid a woman chooses to prioritise her home and not have a paid career) are often cut down and attacked in this way. Their achievement is seen as 'progress' for their faith which so many view (as one Twitter user informed me) 'profoundly backward.'

We are hectored into acknowledging some Muslim men's misogyny and made to be accountable for their interpretation of our faith. The implication is that if our faith is backwards, inequitable and discriminatory, then we too must hold those views or not know any better.

There is very little space in the non-Muslim world where people acknowledge that an educated, modern, liberal woman can also be a devout Muslim. And the main reason is that most objectors are too busy attacking to listen.

But when you listen to Muslim women - you learn. You learn that one of the oldest universities in the world was founded by a Muslim woman. Female companions of the Holy Prophet (pbuh) were on the battlefields tending the wounded and vocal in the community. Since its inception, Muslim women also teach and lead prayers regularly and have offered their opinion and interpretation of the faith.

READ: Why I feel Muslim women do not need to be Imams to feel empowered

Why I feel Muslim women do not need to be Imams to feel empowered conversations.indy100.com

Imposing the necessity of a female Imam movement on the Islamic tradition according to one specific reading and understanding of feminism is just as aggressive as patriarchy's experience in our modern societies.

Additionally, a Muslim woman who was independently wealthy, owned and ran her own business had remarried after being widowed, selected and proposed marriage to a husband 15 years younger than herself at the age of 40.

She was a pioneer and an excellent role model for modern women.

But the status of Muslim women is not despite their faith. It is often because of it. Islamic teachings instruct that Muslim girls should be educated and well treated. They should be respected and cared for with love by their families and valued by society. A Muslim woman has always had the enshrined right to own her own property and wealth.

No man has any claim on her money, although she may share of her own free choice. She has the right to inherit from her relatives and the right to end her own marriage if she so chooses.

These rights are part of the faith and are found clearly in the Holy Quran. They are not new or innovative - they are the bedrock of Islam. They are why Muslim women who know their own rights acknowledge that this faith liberated them centuries before many others whispered about women's lib in hopeful secret.

We do not need the liberation of western feminism, nor do we need a man to have valued status. We do not need to compare ourselves by the standards of other faiths, which continue to debate and define a woman's value.

READ: Hijab is a state of mind and a means of liberation

Hijab is a state of mind and a means of liberation conversations.indy100.com

Acknowledged by the UK House of Commons in 2017, February 1 of each year marks World Hijab Day; a movement set up in an attempt to normalise the hijab and its practise by Muslims around the world.

Emma Barnett may wish to reduce Muslim women to the single issue of female Imams, a false notion that equates Imams with priests when they are not the same. Others may wish to believe a head covering defines a woman. However, the reality is that if you listen to Muslim women, we acknowledge that in many societies, men do not treat women in the way they deserve, or the way early Muslims demonstrated should be the case.

As an Ahmadi Muslim woman, I am fortunate to have experienced the benefits of being a woman of the Islamic faith. The women in our community have their own executive body, which decides on issues relating to women. We educate, train and assist women and do this under our own umbrella.

The head of our Community, our Khalifah, is a champion of women's rights. As a result, our community is replete with educated, confident, capable Muslim women who understand that their faith values them and the roles they fulfill. Females leading men in prayer isn't indicative of equality for them. Islam is richer in nuance than that.

Just listen, and let the women speak. They will tell you themselves.

From Your Site Articles
Related Articles Around the Web
muslim women