From the highest rate of voter turnout to battleground states turning blue, check out some of the historical moments of the 2020 election. 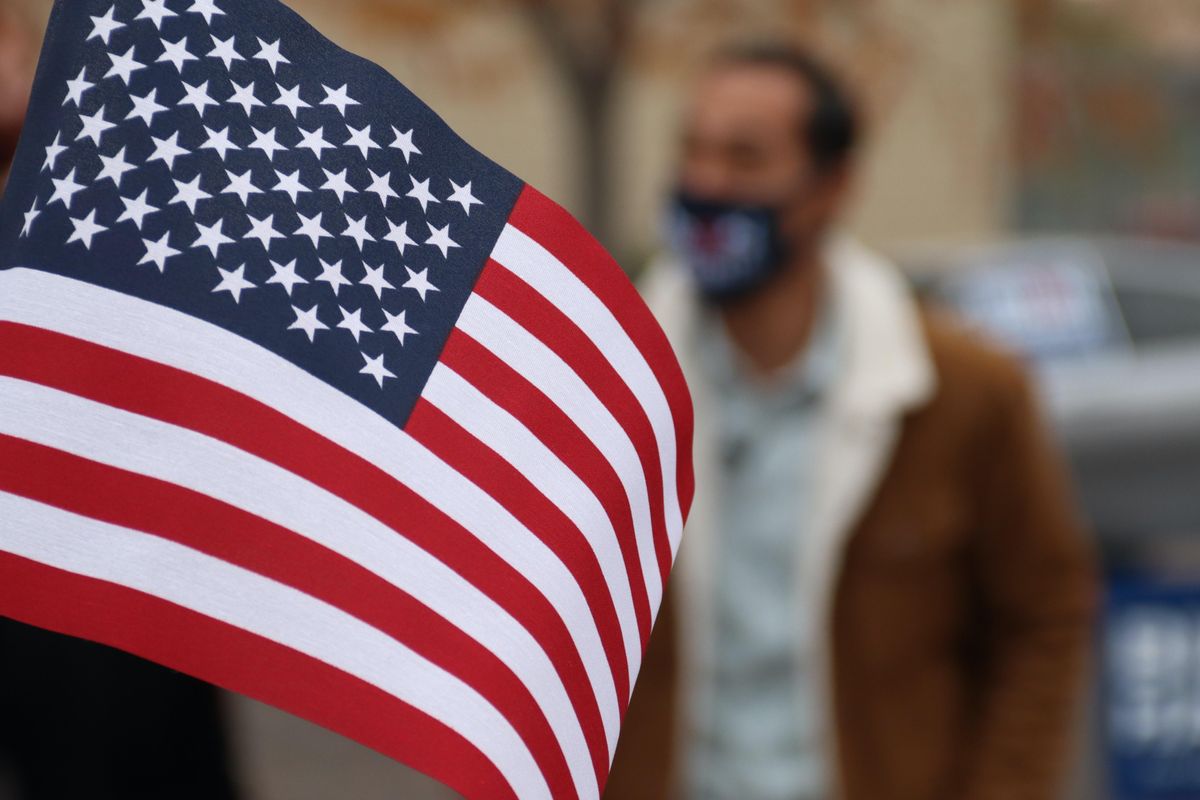 It's been a little over a month since the 2020 presidential election. Although there were some bumps in the road regarding the election's validity, delays in ballot counting, and pardon powers from the Trump administration, the election had many stressful and tense moments. However, most of the drama seems to have settled down a bit.

For myself and millions of other people in the nation, election season was pivotal, carrying high stakes, no matter which candidate was supported on the ballot.

This election seemed to carry higher stakes for myself and millions of others, regardless of the candidate supported. Whether you like the results of this or have even accepted them, here are a few of the history-making moments of this election season.

Although Vice President-elect Kamala Harris is mentioned a lot when it comes to "firsts", state legislatures and Congress saw a surge of newcomers. For example, Taylor Small became one of the over 100 LGBTQ+ elected candidates and the first openly transgender legislature in Vermont. Racial minorities have also seen victories. Marilyn Strickland is the first Korean and Black American to be elected to Congress. Cori Bush became the first Black congresswoman in Missouri, and New Mexico's congressional candidates (that won) were all women. It was only two years ago that AOC and the rest of "The Squad" were the minority powerhouse, but as more candidates with various backgrounds win their races, the glass ceiling will continue to evaporate.

In earlier articles, I mentioned my excitement and the groundbreaking history of Vice President-elect Kamala Harris' win. Now I've developed a sense of pride in the nation as a result. I wholeheartedly believe that women deserve to have a voice in politics because representation is critically important to strengthen policy and inclusivity.

This can also serve as a great example for young girls, regardless of their backgrounds, have a place within a democracy. Also, having a woman of color become the first-ever female VP is even more wondrous and something out of my wildest dreams.

As a woman of Caribbean descent, I know exactly what Kamala Harris' victory means conversations.indy100.com

President-elect Joe Biden received over 80 million votes, the most in American history of presidential elections

This is major since voter turnout was low in recent years and the way he campaigned. Because of COVID-19, most of his campaigning was done virtually, making sure to invest time in advertisements and having a prominent social media presence to garner support ( Biden has had a virtual chat with Cardi B in an interview special). Some believed that this would harm his support in the election, but this proved to be far from accurate.

Battleground states voted blue that haven't done so in decades

Very early on in the election process, political analysts and reporters alike identified the key battleground states that would determine this outcome. After Trump surprised the nation and the world in 2016, winning several of the swing states by small margins, many ( including myself) anxiously awaited the results. One state that shocked me the most was Georgia, which hasn't been blue in over 30 years.

Voter turnout reached astronomical heights this year than the 2016 races ( it was around 59.2% at that time). Although votes were still being counted in states, the numbers already exceeded the expectations of many of the recent elections, currently at around 66.7%. It's also projected that this year will be the highest rate of voter turnout in 120 years.

Overall, many of the reasons for this can be attributed to more minority voters, social media, the youth's participation in the election, and much more.

Moreover, these are just some of the few examples of the historic and exciting examples of the election outcomes. Still, there are several bits of information out there about the significance of 2020's election history that we should all delve into. It's easy to be consumed by what is happening in presidential elections although all elections—whether local or congressional—are also worthy of attention.

Despite adversity or appreciation for the outcome, we still need to accept the very democratic process that promotes the freedom to have choices.

From Your Site Articles
2020 election