Women continue to surpass men in voter turnout. Will it pay off this November?

Research shows more women are turning up to the polls than men. How will it pay off in the 2020 election? 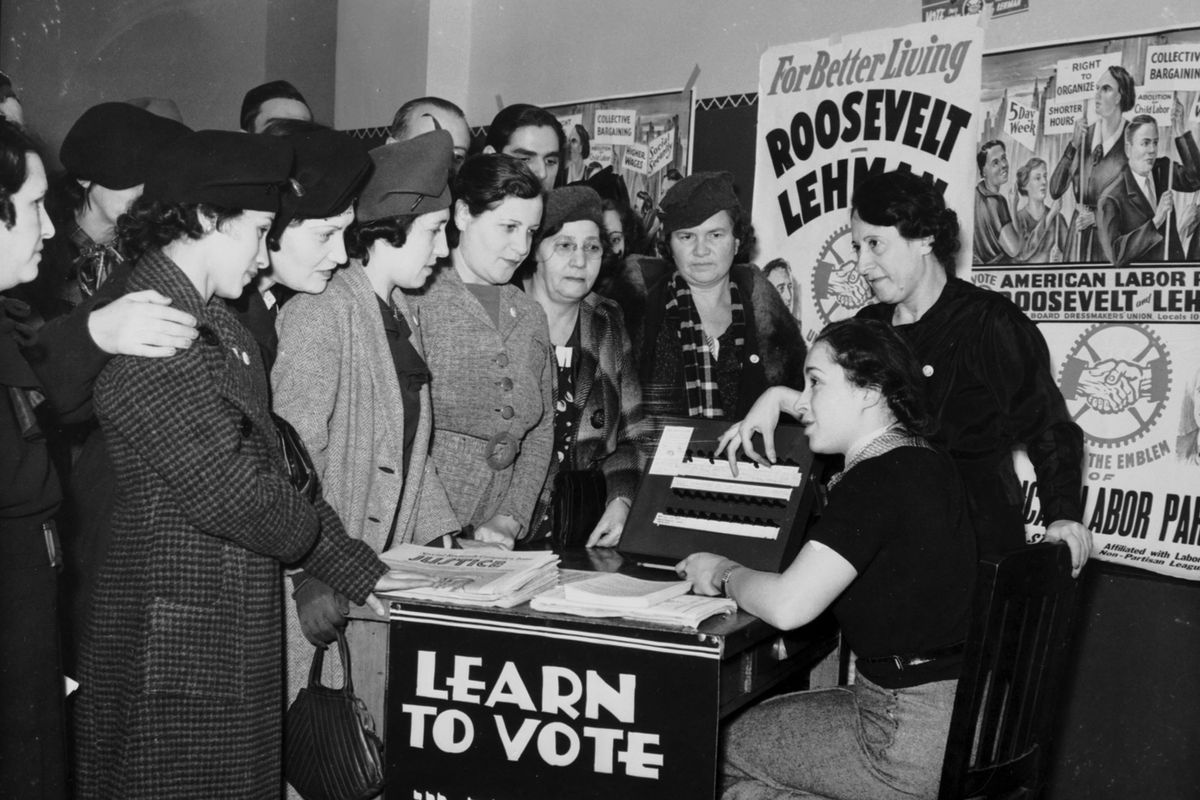 Gender disparities have existed for centuries, often favoring the male race. However, one category men do not excel in, evidently happens to be voter turnout. Although women were granted the right to vote decades age, 1919 to be exact, it's precisely women who continue exercising that right more frequently than men. In a recent report from The Pew Research Center, women turned out to vote at slightly higher rates than men in every U.S. presidential election since 1984.

During the 2018 midterm elections, voter turnout also increased in female voters by 12%. As if that weren't exciting enough, women tend to outnumber men in voter registration as well. The number of female voter registrations reached 81.3 million in 2016. Only 71.7 million men were reported to have been registered that year.

This isn't exactly news, but it is interesting when you consider how women's healthcare, along with reproductive rights, are continuously being attacked. Although these statistics are empowering to see, will actually change anything? For a country seeing vast numbers in female voters, why do men continue governing laws pertaining to women's bodies?

In fact, female voter turnout couldn't be more important right now, what with Trump being re-elected and Amy Coney Barrett's pending confirmation to the Supreme Court. So much is at stake, making 2020 one of the most crucial elections to date.

The decisions voters make this election could echo throughout our country for decades, if not generations. We are a country united no more. Instead, a prominent line divides our country in two. But being the optimistic individual that I am, I feel a change coming.

But it doesn't just end with the presidential election.

More women need to continue participating in state and local elections in order for the change to truly reverberate. When primary leaders can't step up to the plate, the task often falls onto state and local officials, as we discovered with our current president's mishandling of the current pandemic.

That's why state and local elections are so important. Think of it this way, the judges, District Attorneys and Attorney Generals we elect, all have the authority to alter someone's life forever. They can choose to act for the benefit of our country, or in favor of their religious and personal agenda. Which, let's face it, is how the current administration governs this country now.

If more female candidates find themselves in positions of power, both on state and local platforms, just think of the gender-inclusive agendas that could come to fruition. You're probably tired of hearing it by now, but nevertheless, please vote! Not just in the upcoming presidential election, but in every, single election after it. I believe we have the ability to alter the way our country operates, but to do so, we have to do it together.

From Your Site Articles
Related Articles Around the Web
female voters