Looking to the future: Joe Biden's inaugural address was everything I expected it to be

During a time when our country feels vastly divided, President Joe Biden's words felt like the glue to seal it back together. 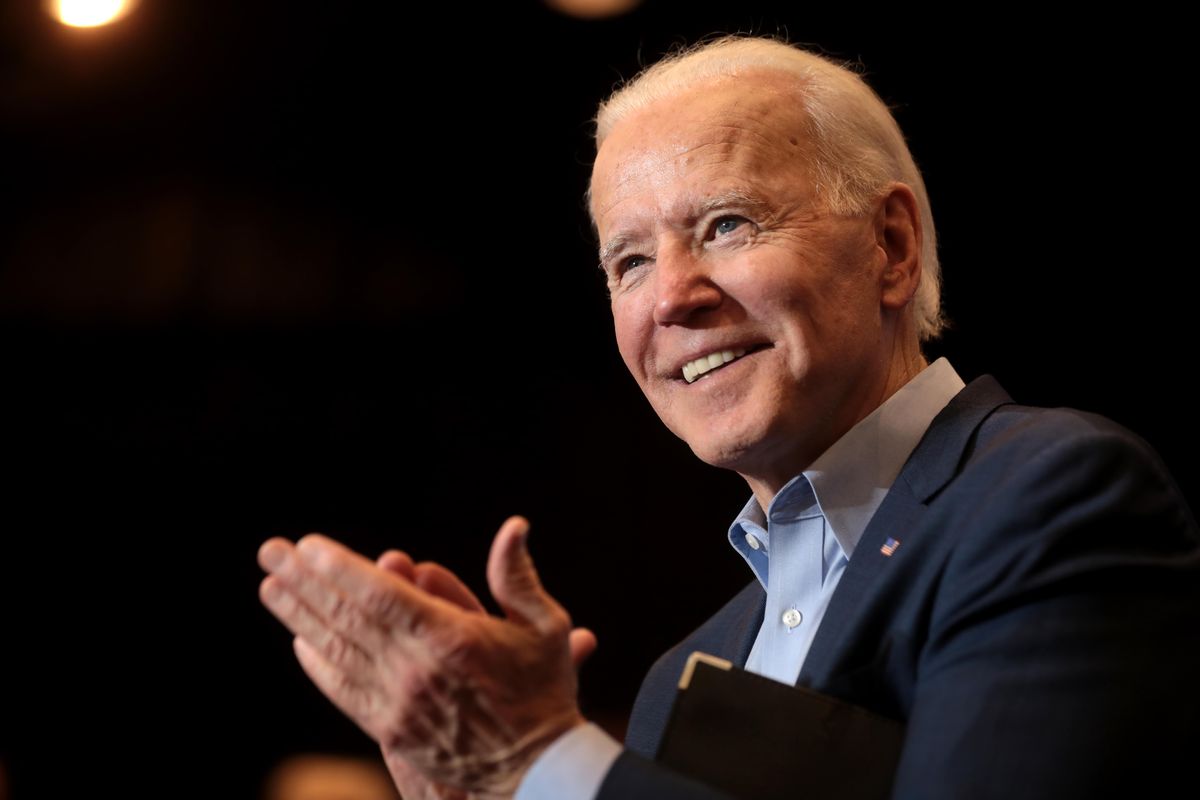 I remember Trump's inauguration like it was yesterday, as much as I wish I could expel the memory from my mind. It was a grey and dismal day, overshadowed by uncertainty and fear. I started drinking at 9 a.m. that morning. Sue me.

I also remember wondering what the next four years would look like under Trump's reign. It didn't take long to find out. Almost immediately after Trump was sworn in, he did everything in his power to dismantle years of progress the Obama administration worked tirelessly to uphold.

But alas, it's finally ending.

After four, tumultuous years, we've reached the end Donald Trump's presidency. I've waited four, long years to utter those words. Today at noon, America swore in President-elect Joe Biden and Vice President-elect Kamala Harris as the President and Vice President of the United States of America. However, the inauguration looked different this year, considering we're still in the midst of a global pandemic, along with the insurrection that took place at the U.S. Capitol on January 6.

It also doesn't help that twelve National Guard members were recently removed from their inauguration duties, after expressing anti-government opinions.

This is unfortunate, seeing how Biden's transition to power was supposed to be a celebratory moment for our nation. Not one consisting of agitation and concern. For starters, Trump chose not to attend Biden's inauguration, breaking tradition and being the first U.S. President not to attend his successor's swearing in. That's not entirely surprising considering Trump has been boycotting Biden's transition to power since Biden won the 2020 election.

After a ridiculous 21-gun salute at Joint Base Andrews, Trump boarded Air force One for the last time and finally left Washington, D.C. He and First Lady Melania Trump are en route to their private Mar-a-Lago club in Palm Beach, Florida. In addition to Trump's dramatic exit, there's also extensive level of security surrounding D.C. due to further possible attacks of violence from Trump supporters.

However, President Joe Biden's inauguration didn't disappoint. Particularly when it came to his inaugural address. There was no denying the overall sense of solidarity and hope within Biden's speech. Characteristics that lacking in Trump's inaugural address in 2017.

"This is America's day. This is democracy's day. A day of history and hope," President Biden said.

During a time when our country feels vastly divided, Biden's words felt like the glue to seal it back together.

"Our history has been a constant struggle between the American ideal that we are all created equal and the harsh, ugly reality that racism, nativism, fear, demonization have long torn us apart. The battle is perennial, and victory is never assured," Biden added.

Why Trump's exit speech is another example of the lengths he'll go for pride conversations.indy100.com

There will, be a ceremony and an Inaugural Ball, streamed online by the Biden campaign and Presidential inaugural committee. The ceremony included performances by Jennifer Lopez, Garth Brooks, and Lady Gaga. Gaga performed the National Anthem. In addition, ABC will air "Celebrating America," a primetime special including performances from Bon Jovi, Demi Lovato, Tim McGraw and Luis Fonsi among others. Tom Hanks will host the event.

There will be a wreath-laying at Arlington National Cemetery with other first families, following Biden's inaugural address.

From Your Site Articles
Related Articles Around the Web
joe biden