Despite feeling like a dark cloud is following you, there is always hope that change for the better can happen, even if you need some support. 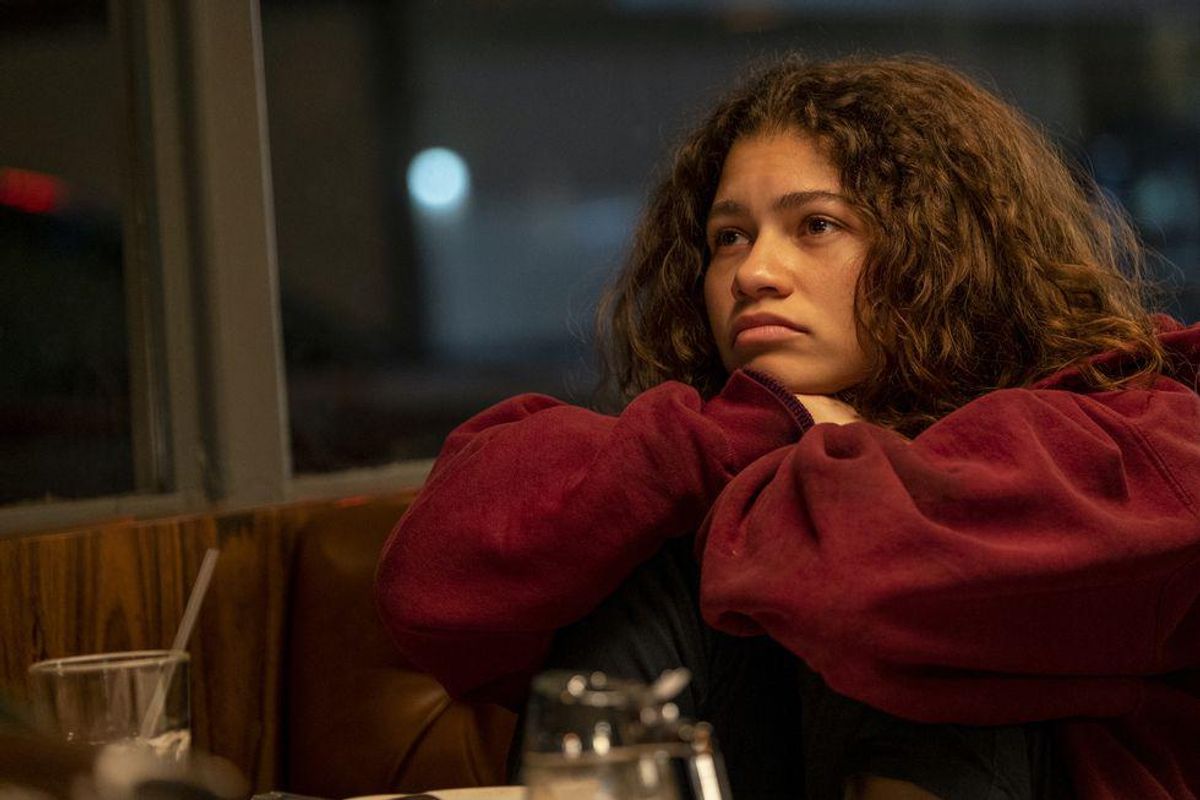 Ever since I heard about the HBO Max series, Euphoria, it prompted me to see what it would be about. Let's just say I was immediately hooked. So when the show came to a close in August of 2019, I anxiously waited to see if there was any news circulating about when a second season would return.

Then it finally happened!

Euphoria is known for its neon scenes, depictions of party life, and surrealism. Still, this first special episode titled, "Trouble Don't Last Always," became a character study that is equally intriguing, encouraging me to keep seeing how the episode would unfold.

The episode, which reminded me of a conversation that you would have with someone who is older or has more experience in life, highly showcases the acting abilities of Zendaya (Rue) and Colman Domingo (Ali) as they delve into a heart-wrenchingly emotional conversation about life and death, how she's feeling, and her overall sobriety. As minimalistic as the episode is (Rue and Ali are sitting in a diner for most of the time), I couldn't help but feel a little distraught with a tinge of faith while listening to the conversation.

READ: There are so many things I should've learned about self-love

There are so many things I should've learned about self-love conversations.indy100.com

As Rue and her sponsor, Ali, sit in the dimly lit diner eating pancakes on Christmas Eve, we see that she needed an extra hand after her relapse at the end of season 1. She addresses the fact that she is still in love with Jules, which is highlighted by a lovely fantasy of the both of them in an apartment, enjoying the bright and sunny morning together before they get the day started. As Jules leaves, we see Rue head to the bathroom with a book, a cigarette hanging from her lips, and a bag of what appears to be pills that she crushes up to snort ( I originally thought that this was how the episode would carry on because it was the opening scene).

Due to the diner's visuals, it is a stark clash to that fantasy she had, Indicating how far away from happiness she really is. With pools of tears filling her eyes, it is sad to see all the despair weighing down her features.

Rue also delivered some hard truths about not wanting to become sober and not having a plan to live long in a dark and cold world. This fearless honesty makes these realistic moments impactful for the history of the show.

On the other hand, Ali brings wisdom and experience to the table as he talks about addiction as a disease that grapples people with their loved ones, ambitions, and livelihood. He also stressed the need to believe in a higher power to help Rue stay on the straight and narrow.

It's also amazing to hear Ali tell the much-needed backstory of who he is and his own troubles with drugs and domestic abuse ( he witnessed his father hurt his mom, and then he ultimately did the same thing to his wife). There's a lot of pain in his eyes with a bit of redemption on his quest to help Rue, explaining to her that all the missteps taken shouldn't define her for the rest of her life.

A scene in particular that significantly resonated with me was when Ali stepped outside in the snow to call to his family, trying to reconnect with his child while Rue tries to figure out the poetry of life he mentioned to her. She loses herself in a song that Jules had sent her, indicating that Jules was the center of her focus. The scene further made me realize that both Ali and Rue are people trying to find something bigger than themselves to have faith in.

As the episode came to a close partnered with a highly profound rendition of "Ave Maria" and a melancholic close-up of Rue's inconsolable expression, I couldn't help but think about the many people, regardless of age ( including some of my own family members) who may feel at their wit's end, aimless, and feeling like their lives will continue to crumble all around them, which breaks my heart to witness.

Even though the episode may not be what you had in mind for the joyous holiday spirit, it is one of the most amazing gifts for television this year—the gift that no matter what you're going through and despite feeling like a dark cloud is following you, there is always hope that change for the better can happen, even if you need some support.

The second special episode centered around Jules will air on Jan.24 at 9/8c on HBO Max.

From Your Site Articles
Related Articles Around the Web
euphoria