In an upcoming episode of Obama and Bruce Springsteen's Spotify podcast "Renegades: Born in the USA," the former president of the United States gets candid on his views of manhood, while revealing conversations he's had with his daughters, Sasha and Malia, about toxic masculinity. 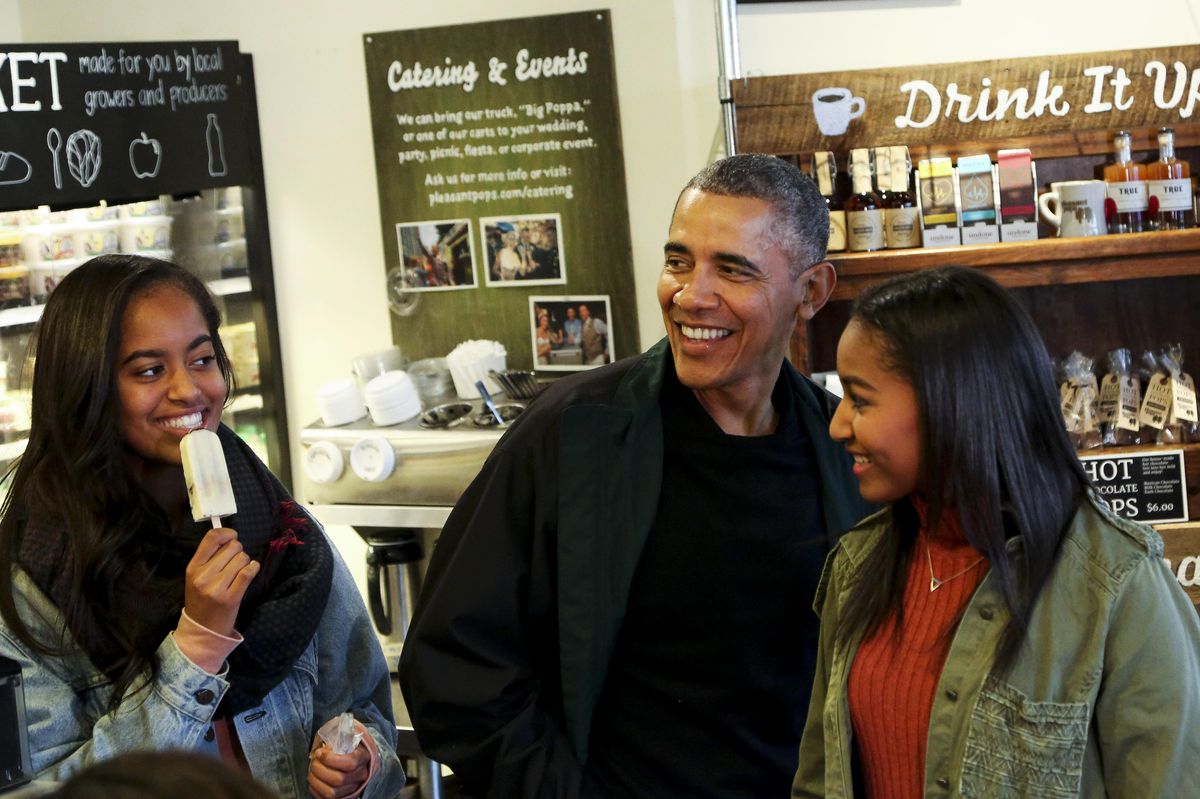 It's evident there is immense amount of toxic culture formulating within society. Thanks to social media, that bracket only seems to widen, therefore permeating society even more. Barack Obama isn't holding back on what he thinks of that culture, specifically surrounding toxic masculinity.

In an upcoming episode of Obama and Bruce Springsteen's Spotify podcast "Renegades: Born in the USA," the former president of the United States gets candid on his views of manhood, while revealing conversations he's had with his daughters, Sasha and Malia, about toxic masculinity.

"I talk to my daughters' friends about boys growing up, and so much of popular culture tells them that the only clear, defining thing about being a man, being masculine, is you excel in sports and sexual conquest," he said. "And violence, right? Those are the three things, and violence, if it's healthy at least, is subsumed into sports. Later, you add to that definition, making money, right? How much money can you make?"

Damn, he just said a mouthful there!

In addition, Obama explained to Springsteen that not all men suffer from this toxic behavior, and that some men are actually worthy of praise.

"And now you're seeing with Me Too, part of what we're dealing with in terms of women still seeking equal pay, part of what we're still dealing with in terms of domestic abuse and violence," he said. "There was never a full reckoning of ... who our dads were, what they had in them, how we have to understand that and talk about that, what lessons we should learn from it. All that kind of got buried."

Obama has continuously been candid about women's plights, and has since labeled himself a feminist in the past. All of which is fantastic, but I do feel there is a greater sense of responsibility for men who hold that title. It's no secret we live in an impressionable world, and are heavily influenced by our peers and role models. While I'm not saying women don't experience our own set of peer pressures from time to time, I truly feel that sentiment rings louder for boys.

When your fellow peers and role models are continuously contributing to the toxic behavior that perpetuates toxic culture, it can be difficult to put an end to the vicious cycle that is toxic masculinity. I think it's wonderful someone as influential as Obama is speaking out regarding this issue, and setting an example for boys and men to follow suit.

While women have no issue advocating for themselves, it's comforting to know we have allies on the opposite team. More men need to hold their counterparts accountable for their negative behavior, so we can dismantle this toxic culture once and for all.

You can listen to Obama's and Springsteen's full episode on Monday, March 22.

From Your Site Articles
barack obama