During a courageous Instagram live video Monday night, Ocasio-Cortez revealed she had been a victim of sexual assault, while recounting her harrowing experience during the Capitol riots on January 6. 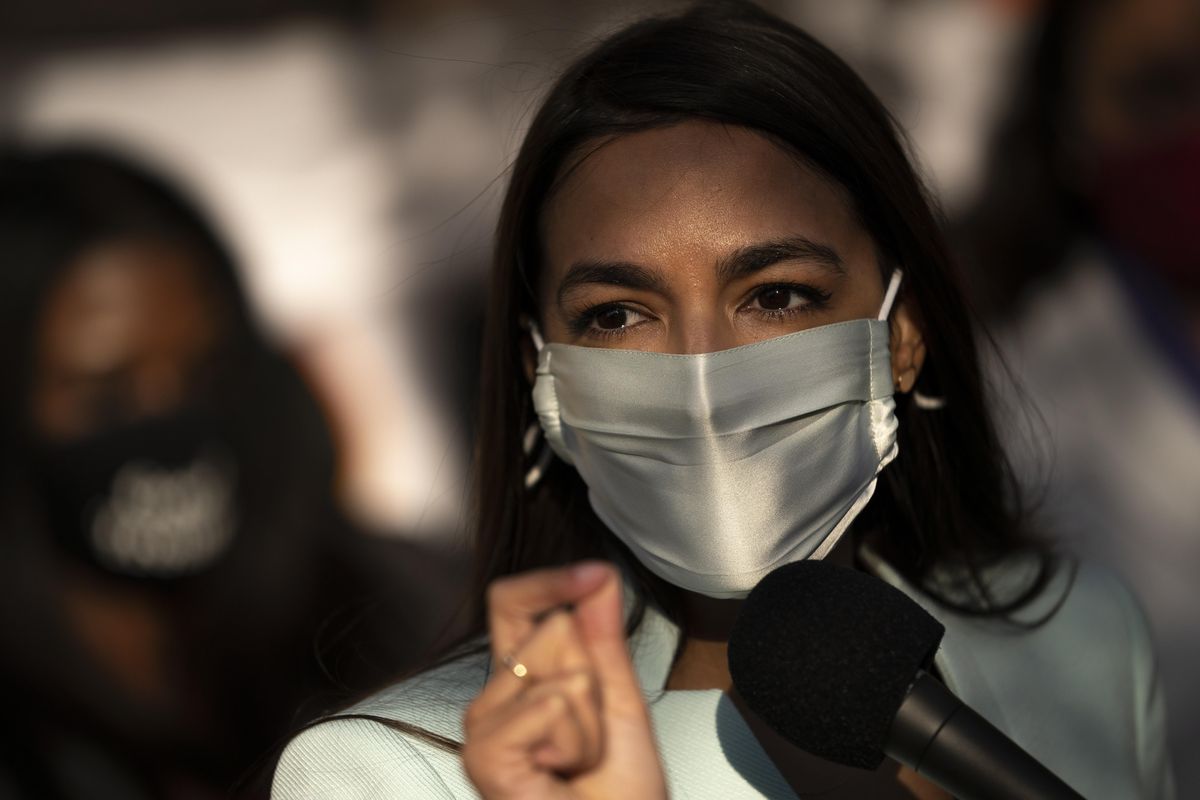 This week is off to a significant start. Not only because of the epic blizzard that pummeled the Northeast Monday, but because multiple women came forward and shared their powerful stories of sexual assault. Newly added to that list is Rep. Alexandria Ocasio-Cortez of New York.

During a courageous Instagram live video Monday night, Ocasio-Cortez revealed she had been a victim of sexual assault, while recounting her harrowing experience during the Capitol riots on January 6. With an immense amount of emotion in her voice, Ocasio-Cortez compared the terror of that day, to one she experienced when she had been assaulted, referring to it as near-death experience.

"This was the moment where I thought everything was over. I mean, I thought I was going to die," Ocasio-Cortez revealed after discovering rioters had breached the doors of the U.S. Capitol. At the time, Ocasio-Cortez had been waiting in her office, before an aide told her to hide in a bathroom. A few moments later, Ocasio-Cortez explained she heard a man break in, who turned out to be a Capitol Police officer.

Regardless, Ocasio-Cortez felt terrified because of how volatile the entire situation was. It was later revealed that one of the rioters tweeted about assassinating her prior to the insurrection. It doesn't help that the far right has continuously threatened Ocasio-Cortez with violence in the past, while her Republican colleagues continue throwing sexist insults in her direction.

I'm looking at you Ted Yoho.

Ocasio-Cortez went on to compare lawmakers, such as Republican Sens. Ted Cruz (TX.) and Josh Hawley (MO.), of downplaying the gravity of the riot, similar to abusers who attempt to silence and undermine victims.

"These folks who tell us to move on, that it's not a big deal, that we should forget what's happened, or even telling us to apologize. These are the same tactics of abusers. And I'm a survivor of sexual assault," Ocasio-Cortez said during the 90-minute video. She also explained demanding responsibility for the Capitol riot wasn't about politics.

Republicans who were responsible for inciting the insurrection have not condemned the events, nor have they apologized.

"The accountability is not about revenge," Ocasio-Cortez said. "It's about creating safety. And we are not safe with people who hold positions of power who are willing to endanger the lives of others if they think it will score them a political point."

Simply watching the riots on the news was enough to terrify me. Watching a group of terrorists desecrate a national landmark, wasn't only unnerving; it was downright shameful. The notion anyone, let alone a mob of angry Trump supporters, could penetrate barricades and law enforcement, and enter legislative chambers is horrific.

But they did it, and with little repercussions.

I have been an admirer of Ocasio-Cortez since she was first elected to the House of Representatives in 2018. Her outspokenness and commitment to positive change are incredibly empowering to me. She stands up for herself, and doesn't take any bullshit from the numerous colleagues who would try to intimate her. For lack of a better phrase, she's a universal badass.

Although Ocasio-Cortez's account of the events that took place on January 6. are no doubt traumatic, her ability to share her story with grace and courage is something to be admired.