"As you know, every single state, we won every state." 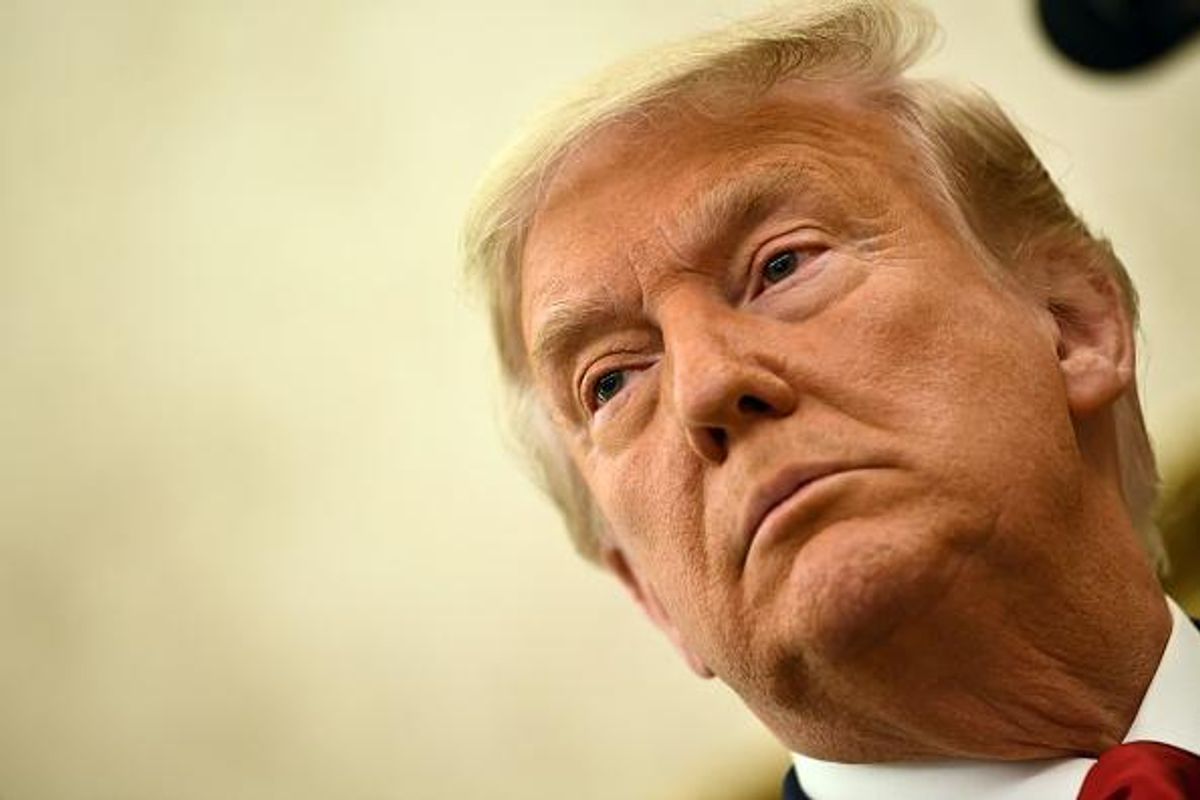 US President Donald Trump speaks before awarding the Presidential Medal of Freedom to retired football coach Lou Holtz on December 3, 2020, in the Oval Office of the White House in Washington, DC.

It wasn't even a full week into the new year when former President Donald Trump was yet again in the headlines. Why is that you may ask? Trump was on the phone for a little over an hour with Georgia Secretary of State, Brad Raffensperger (R-Ga.), with the pursuit to try and convince the top elections official to overturn the 2020 election results within the state.

Throughout the call, Raffensperger and his office's general counsel arduously dismissed Trump's assertions, noting that the president has relied on conspiracy theories as grounds for the truth.

This call was an interesting moment for the last days of Trump's presidency— the desire to persuade and convince an election official to discover more votes that would perhaps tip the result in his favor.

Due to The Washington Post's recent article that shed light on the matter for the first time, the full audio recording of the call is now available. I also read through the transcript of the call and was mesmerized, albeit confused at the confidence in the statements and questions Trump relayed.

On Wednesday, newly elected Fulton County Democratic prosecutor Fani Willis sent a letter that was part of a criminal investigation to many state officials including Mr. Raffensperger with the request to save documentation that has to do with Trump's call.

Below are the 12 lines from the conversation in no particular order that are worth seeing.

1)"We won very substantially in Georgia. You even see it by rally size, frankly. We'd be getting 25-30,000 people a rally, and the competition would get less than 100 people. And it never made sense."

It almost seems as if Trump believes that having tens of thousands of people at his rallies is more than enough to indicate a win, but hey, let's continue!

2) "We think that if you check the signatures -- a real check of the signatures going back in Fulton County you'll find at least a couple of hundred thousand of forged signatures of people who have been forged."

There is not one ounce of evidence to suggest this.

The beginning sentence seems like what a narrator would say in a televised adaptation of a grim tale. Also, is he trying to shed light on early voting, which is perfectly legal?

4) "We think that if you check the signatures -- a real check of the signatures going back in Fulton County you'll find at least a couple of hundred thousand of forged signatures of people who have been forged."

There is nothing on the world wide web to prove this claim.

5) "And I know you would like to get to the bottom of it, although I saw you on television today and you said that you found nothing wrong. I mean, you know, and I didn't lose the state, Brad."

Well, I'm not sure if Trump telling someone that he saw them on TV is stranger than his staunch belief that he didn't lose Georgia in the election.

6) "As you know, every single state, we won every state."

Please refer to the Electoral College road map to confirm the inaccuracy please.

READ: Why is Georgia having runoff elections? A beginner's guide to the crucial Senate race

Why is Georgia having runoff elections? A beginner's guide to the crucial Senate race conversations.indy100.com

On Tuesday, Georgia will hold runoff elections for both U.S. Senate seats and the outcome will determine the control of the Senate.

*Sighs*. This statement is also inaccurate.

9) "I mean there's turmoil in Georgia and other places. You're not the only one, I mean, we have other states that I believe will be flipping to us very shortly."

Flipping what states exactly? It kind of reminds me of peer pressure.

According to the Detroit City Clerk's office, voter turnout for eligible voters was roughly 51%. It's less than the 139% Trump is talking about.

Really? I guess anything is real if you believe in it enough.

12) "And you are going to find that they are -- which is totally illegal, it is more illegal for you than it is for them because, you know what they did and you're not reporting it. That's a criminal, that's a criminal offense. And you can't let that happen. That's a big risk to you and to Ryan, your lawyer."

Could this be a slight threat initiated on Trump's end against Raffensperger and his lawyer, Ryan Germany, because they are defending the allegedly corrupt election? Trump further insinuates that they could end up in some legal issues. How wonderful.