On Wednesday, Pike went on The Kelly Clarkson Show to discuss her latest Netflix film, I Care A Lot and Hollywood's objectification of female actresses 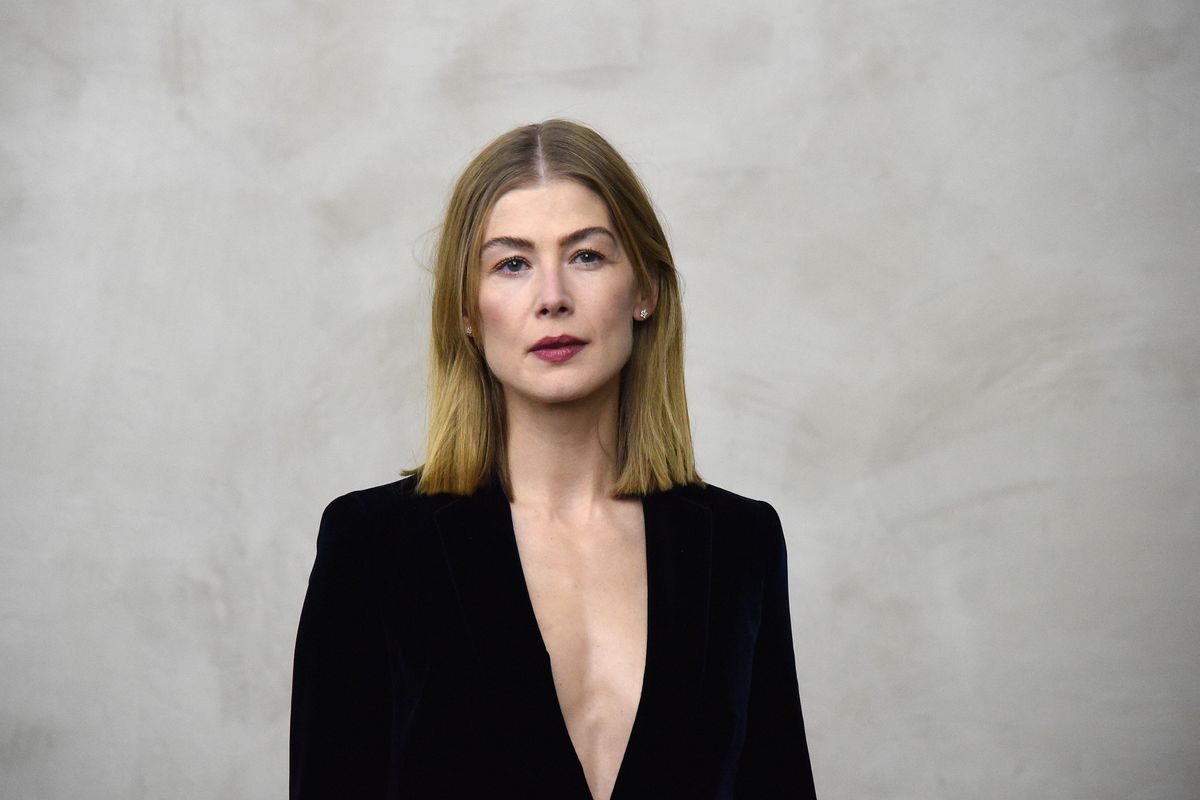 There's no denying women undergo an immense amount of scrutiny within their lifetime. It comes with the territory of not being born a man. Among the reoccurring trends is body image. As women, we continuously feel we have to live up to unrealistic expectations society has carefully crafted for us. While men additionally encounter similar expectations, it's nowhere near the amount women endure on a day-to-day basis. One individual exhausted with this narrative is actress Rosamund Pike.

On Wednesday, Pike went on The Kelly Clarkson Show to discuss her latest Netflix film, I Care A Lot. While being interviewed by Clarkson, the Gone Girl actress opened up about Hollywood's objectification of female actresses, as well as the numerous times her photo had been altered for movie posters.

"For the poster for Johnny English [Reborn], my breasts were augmented," Pike explained to Clarkson. "In the poster for the character shot, I've got a really impressive chest. Which I don't have."

Rosamund Pike Speaks Out Against Her Body Image Being Altered On Movie Posters www.youtube.com

Clarkson explained she also experienced the same ordeal, mentioning how her figure had continuously been altered for magazine and album covers.

"I have no part of it," Clarkson said. "I'm totally fine with what I look."

But perhaps Pike's biggest concern was being unaware when her photos were altered at all.

"Those are the obvious times, right? When you do notice, 'Oh, I've got brown eyes,' or, 'I've got massive breasts.' But there's probably countless times where our image is doctored and we don't notice it," she said. "Because I think we're all losing our grip on what we really look like."

While this Hollywood trend is disgusting, it's not surprising. Both male and female actresses have experienced some form of Photoshopping within their career. Sometimes to the point of being unrecognizable. While some are comical (remember the 2018 Vanity Fair photoshop fail that gave Reese Witherspoon three legs?), others are downright concerning.

Other actresses who have spoken out about the issue include Kate Winslet and Zendaya.

During a 2015 photoshoot with Modeliste Magazine, Zendaya revealed her hips and torso had been "quite manipulated." The Euphoria actress shared side by side images on her Instagram, depicting before and after photos from the shoot.

"These are the things that make women self-conscious, that create the unrealistic ideals of beauty that we have," Zendaya wrote.

Winslet spoke about the issue in 2003, explaining how a magazine had "reduced the size of my legs by about a third" for its cover.

Beauty is a universal concept, and should be celebrated as such. No two individuals are alike, and by creating these impractical standards, Hollywood makes it challenging for women to practice self-love. Although the industry has progressed throughout the years, there are still pockets that remain the same.

Rather than altering the images of women to look a certain way, Hollywood should alter its views on women's bodies, and normalize an environment that allows actresses to feel comfortable in their own skin. This concludes the portion of my TedTalk.

What are your thoughts on Hollywood photoshopping actresses bodies?

From Your Site Articles
Related Articles Around the Web
rosamund pike