There is absolutely nothing wrong with appreciating things outside of your cultural upbringing. However, I also understand that certain lines shouldn't be crossed regarding aspects of culture. 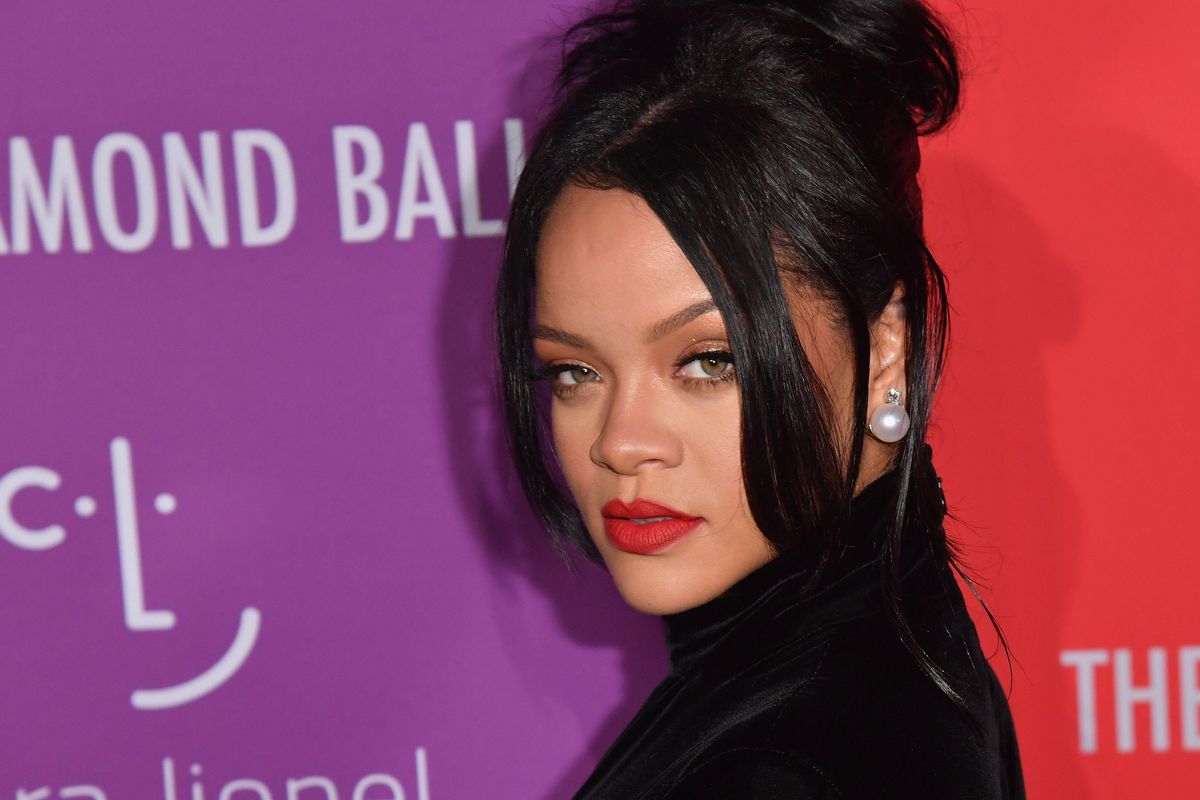 Rihanna is a multifaceted artist who has expertly transitioned out of music, into full-fledged entrepreneur. With her diversified makeup and skincare line, Fenty Beauty, and her inclusive lingerie line for the everyday woman, Savage X Fenty, Rihanna can do it all.

On the other hand, Fenty, her ready-to-wear fashion line with French conglomerate LVMH, has been discontinued partly due to the pandemic after being launched two years ago. Regardless, reports state that Savage X Fenty has a net worth of $1 billion, which is astronomical.

Despite this, Rihanna is in murky waters. Between Monday and Tuesday, Rihanna faced accusations of religious insensitivity and cultural appropriation, after posting a photo of herself, topless and adorned in jewelry, specifically a pendant that depicted the Hindu god, Ganesha.

The photo, which is on Instagram and Twitter, shows the artist in large purple earrings, a bracelet, lavender silk boxers from her Savage X Fenty line, and what seems to be a diamond-studded fixture of the elephant-headed deity.

Some users on social media found it "insulting."

"rihanna!! Stop using my religion as an aesthetic!! That Ganesh figurine at the end of the chain :) is a holy and sacred figure for us Hindus," read one comment on Twitter that has now garnered over 3,000 likes.

"We are so tired $ if we raise our voice against this cultural appropriation so we are labelled as Hindu extremist. For you all hinduphobic it is just a necklace but for us he is god," said another comment about the religious significance. Please stop telling us what is offensive & whts not. Audacity of these ppl "Hinduphobia doesn't exist."

Not all of the comments seemed to express outrage over the matter, such as comments from fellow celebrities on Instagram expressing their fondness for the aesthetics. Some fans also said that Rihanna "has the best jewelry."

Furthermore, Ganesha is a deity that represents success, wisdom, and often a deity called upon when exploring business ventures. Paintings, photographs, and figurines of deities are used to help worshippers connect to their gods.

Two weeks ago, Rihanna was also in a bit of controversy (alongside climate activist Greta Thunberg). Rihanna tweeted a link to a CNN story about how the internet access around New Delhi was cut off after violence between police and farmers, saying "Why aren't we talking about this?!."

After expressing her support for the farmers who were protesting the new agricultural laws within the country, this led to divided opinions in India regarding "outside interference" with issues.

Many commentators tried to find the commonality between Rihanna's decision to wear the Ganesha pendant, to how she felt about the farmers' protests.

One lawmaker named Ram Kadam (a member of the Bharatiya Janata Party) believes this discredits Rihanna's involvement with showing support.

"It's appalling to see how @Rihanna shamefully mocks our beloved Hindu God #Ganesha," said Kadam on his Twitter." This exposes how #Rihanna has no idea of respect for Indian culture, tradition and our issues here. Hopefully, at least now (opposition politician) @RahulGandhi and other Congress leaders will stop taking help from her."

In October 2020, Rihanna faced backlash from Muslims for her Savage x Fenty fashion show because there was a song that contained sacred Islamic verses, which makes sense. After all, it is meant for religion. She has apologized for it, saying using the song was an "honest, yet careless mistake."

Moreover, I believe that Rihanna didn't mean for the controversy to transpire. She may genuinely appreciate religion and cultural differences, especially growing up as an Islander (she is from Barbados) since the Caribbean is very diversified.

However, although there is absolutely nothing wrong with appreciating things outside of your cultural upbringing, I also understand that certain lines shouldn't be crossed regarding aspects of culture, especially when it comes to faith and how that faith is accepted and expressed among certain societies.

From Your Site Articles
Related Articles Around the Web
rihanna