Isn't it time we normalized period sex and banish the stigma surrounding it?

Let's be clear, the stigma surrounding period sex is completely gender-based. It is an arbitrary double standard created by men to shame women into feeling inadequate. 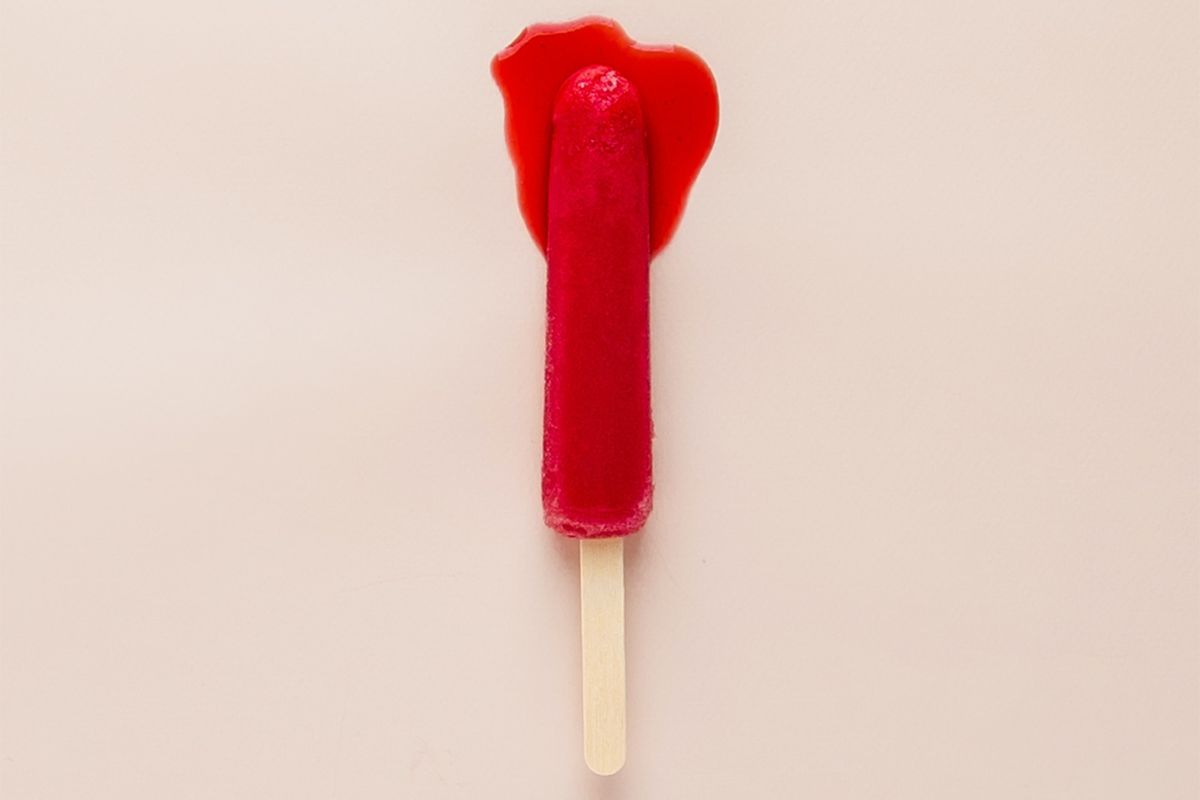 Let's face it, women put up with an enormous amount of shit. Whether we're trying to crack the elusive glass ceiling, or fight for fair legislation surrounding our own bodies, there's an infinite amount of biased bullshit we as women have to endure. Another item to add to the overflowing list is the stigma surrounding period sex.

The idea the topic is even an issue among certain individuals is purely unfathomable to me. However, I've continuously experienced the stigma enough to understand its existence within today's dating culture. But why does it continue to be a problem within certain circles?

Let's be clear, the stigma surrounding period sex is completely gender-based. It is an arbitrary double standard created by men to shame women into feeling inadequate about something completely natural.

What else is new?

In fact, it isn't just period sex that's the issue. The overall stigma surrounding menstruation in general is one that has been around for centuries, and continues today. Numerous young girls and women are denied basic human rights and respect simply for having their periods every month.

In some countries, women are banned from participating in school and physical activities. Some are forbidden to cook or handle food, even forced into solitary confinement during their cycle. There's also a lack of knowledge in many areas, where women don't have access to basic hygiene products. What's more, there's an inflation of misinformation surrounding menstruation.

For example, there's the age-old myth using tampons will cause a girl to lose her virginity, or swimming with sharks while on your period will result in an attack. These are the ludicrous statements specifically catered to shame women while on their period.

Period sex is no different.

But here's the thing, if we were to reverse the double standard surrounding period sex, I guarantee we would be having a very different conversation. After all, men don't expect women to feel squeamish over a little semen. In fact, men expect women to feel comfortable when ejaculating on or inside a them.

Honestly, the amount of times I've had a guy ask if he can ejaculate on me during sex is extremely concerning.

So why the double standard over a little blood?

Look at it this way, an average menstrual cycle occurs every 28 days (once a month) and lasts anywhere from 3-8 days. That's a total of 96 days out of the year you could be having sex. In addition, having sex while on your period can actually be a positive thing, both for you and your partner.

For example, blood acts as a natural lubricant, which results in wetter sex, which therefore feels amazing on both ends. What's more, orgasms can sometimes alleviate menstrual cramps. There's also the fact a woman's libido drastically changes during her cycle. I don't know about you, but my libido sky rockets when I'm on my period.

So having to abstain from sex with my partner is not an option for me.

While I've definitely heard women mention they don't exactly feel sexist during their cycle, to me: this seems odd. Having your period should feel empowering. After all, it's what we've been told for years. That starting your period is when "a girl finally transitions into a woman."

So why would that process make someone feel less confident? Again, it's the double standard coming into play. I guarantee you it wasn't a woman who came up with that comment.

Probably the biggest downside to having sex on your period is the mess it can create. This is probably the basis for the overall hesitation. Either that, or your partner is plain sexist. In my humble opinion, any guy who refuses to have sex with you because you're on your period is not worth your time.

Having your period is completely natural and a woman shouldn't feel ashamed because of it.

Thankfully, there are numerous companies that have created products specifically catered to providing a less messy experience during period sex. Companies such as Flex and Intimina have created menstrual-like cups solely based for that very purpose.

Here's the thing, periods are unexpected and often occur during the most inconvenient times. I can't tell you how many times I've started my period during a romantic getaway or anniversary. Hell, I've probably been on my period every Valentine's Day for three years straight. So, feeling self-conscious about having sex during that time shouldn't be uncomfortable for anyone.