How the pandemic has made me a better parent

Through all the worries, illness, uncertainty and challenges, the pandemic has changed the way I parent. 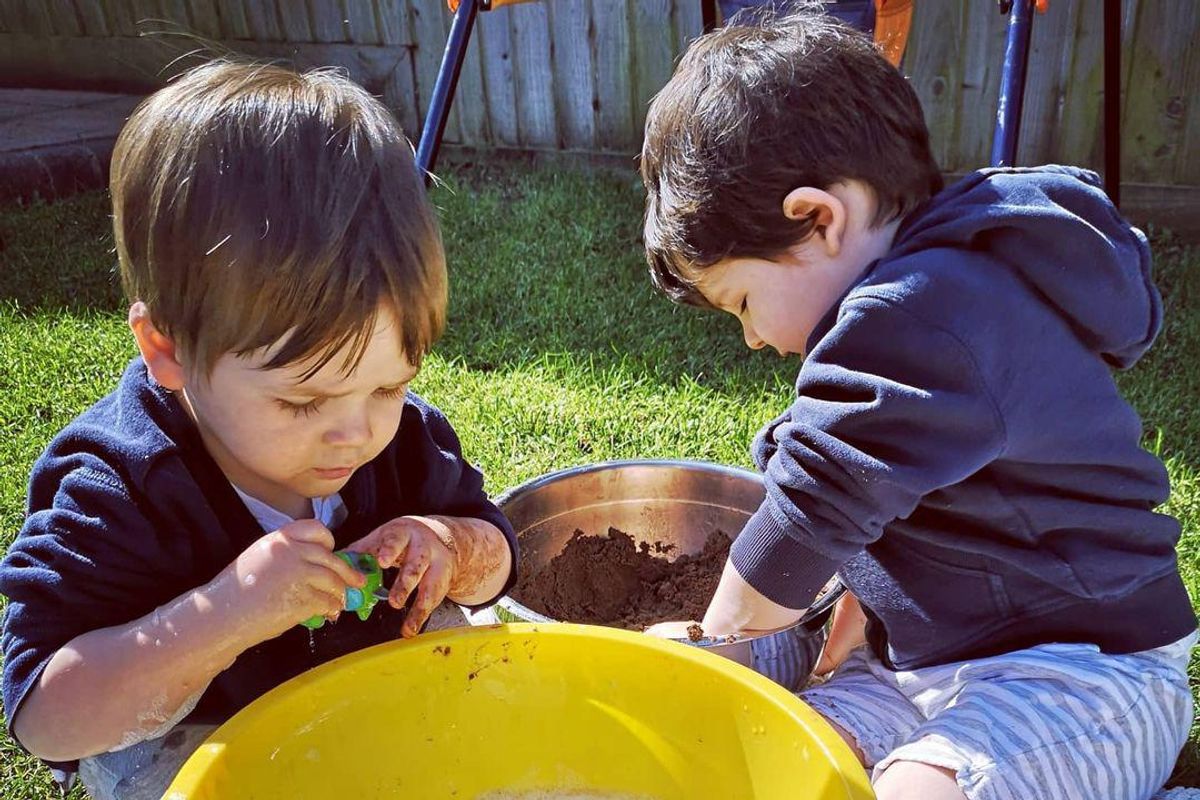 Giving the toys a much needed bubble bath

This week marked a whole year since restrictions due to Covid-19 came into effect in the UK. During this time, my family has been through three lockdowns, multiple periods of self-isolation, and my own experience with Covid-19. Through all the worries, illness, uncertainty and challenges, the pandemic has changed the way I parent. And it might be a change for the better.

I used to believe I had to take the boys out every day for some activity or class because I claimed that they would climb the walls and destroy our house if they didn't go out. Or constantly demanding snacks. When the restrictions started, the boys were three and one, and both of them full of energy from the moment they woke up.

The idea of having to stay in with them in the house all day filled me with dread because I didn't think I could fill our day staying home. It turns out we can stay home and be happy and have fun. I just needed to put some thought into what we were going to do.

So I turned to a few books and the internet for inspiration and found some great stuff out there. Some of the activities the boys weren't as keen on if it involved sitting still. It was doomed to fail. Still, we found some amazing games and play ideas that I'd have never stumbled across if I hadn't been anxiously googling what to do with my two small rascals.

We built dens. We played with slime. We drew with chalk on the patio. We gave their toys a bubble bath. I made treasure hunts. We bought a big bottle of cola and some mentos for a "science experiment." We played with flour on the floor, and we tried to make our own playdough from corn flour.

Am I alone in feeling parenting guilt in a pandemic? conversations.indy100.com

I may have done a few bits with them pre-pandemic, but since we've had to stay home, my mind bank of "stuff to do with the kids" has grown considerably. I'm a bit ashamed that I ever thought staying home with my kids would be that unbearable. Sure, it is tough at times.

Frank is so sick of walks the mention of the 'w' word has him kicking off, and there has been way, way too much time on screens. Some days I woke up and saw the day stretching before me like a mountain to climb and despaired. But it was fine. It is fine, really, isn't it?

Spending uninterrupted time with my kids while they are small and hilarious and annoying isn't the worst thing ever. I just needed to step up my parenting game a bit, be more prepared, be more inventive (or, more accurately, be better at stealing other parent's ideas). I'm a better parent for this.

It's become a cliché now, but the pandemic has also made me grateful for a lot about my life. I'm thankful for my garden, family, health, and a million other things I had never truly appreciated before. On some level, this reassessing of what is important has made me a better parent; the things I used to stress about seem so trivial now, and I can focus on the bigger picture a lot easier.

The thing I'm most looking forward to once it's safe is my kids playing with their cousins, ideally in the sunshine with a picnic. I would have never considered the ability to spend time with family to be a luxury. Now these moments, hopefully in the near future, will be instilled with extra significance.

We're closer as a family because of the sheer amount of time we've spent together. The boys are much closer, having been each other's only playmates, and while they still like to wrestle, and sharing is sometimes a challenge, there's a real friendship there now. William, in particular, who has grown up so much in a year, did that growing with his brother around a lot.

My husband, working from home and having the boys around all the time, has spent so much more time with them (and me!) than he would have. I know he sees this extra time spent with his boys as a gift.

I miss my extended family, and I miss my friends, but we've had lots of lovely times. Without the pressure to go out, do things, and see people, we've had our own bubble, and mostly it's been great. And I feel fortunate to have had that time with them. Sometimes I wish I could have a wee in private, and I am so looking forward to dropping them off at my mum's for some child-free time. They also make me laugh every day, and it's all going by so fast.

This year has been an extraordinarily awful time for the world, but I'm ultimately a better parent in my little corner down in Dorset, and maybe even a better person.

From Your Site Articles
parenting