While watching all five episodes of Netflix's Lupin, I couldn't help but think that the main character, Arséne Lupin is the French version of what Sherlock Holmes is to the British: the epitome of grace and class with a savviness that's unmatched. 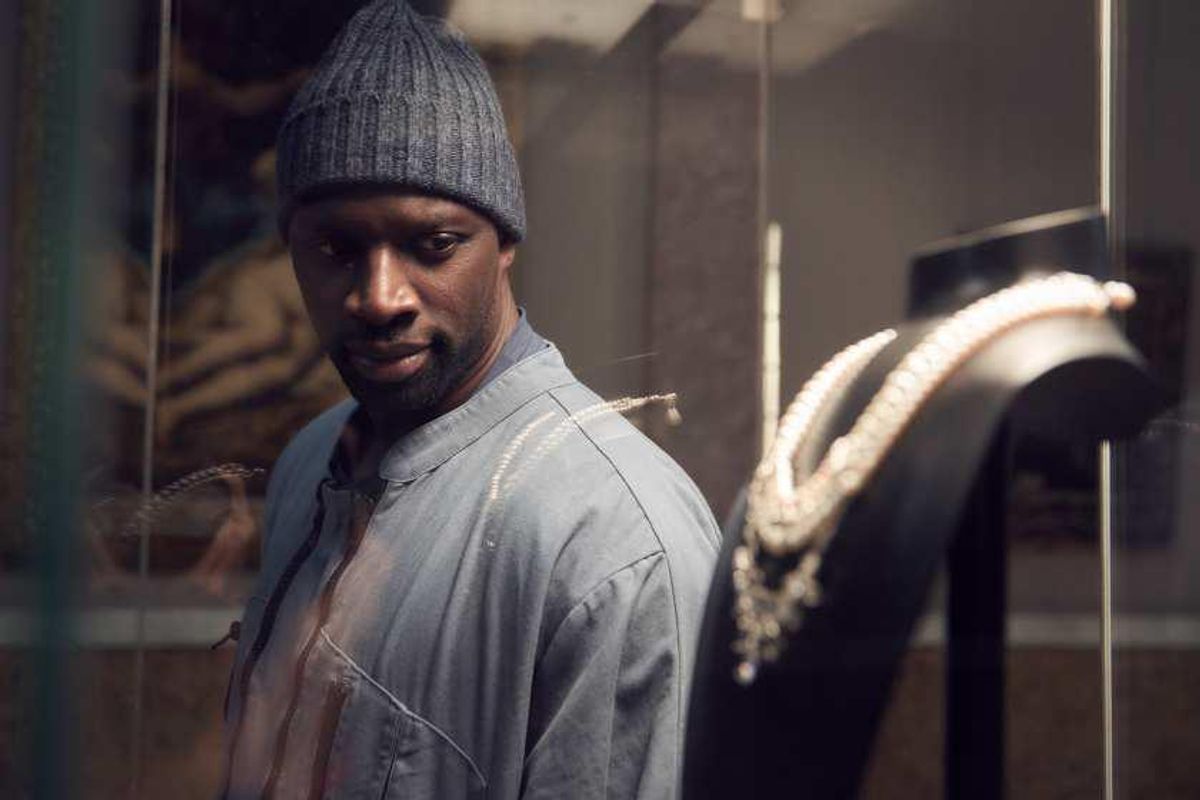 While watching all five episodes of Netflix's Lupin, I couldn't help but think the main character, Arséne Lupin is the French version of what Sherlock Holmes is to the British: the epitome of grace and class with a savviness that's unmatched.

Just shy of a month ago, the modern adaptation of Lupin has become an international success. The show has obtained over 70 million views, which is more than other popular Netflix series such as Bridgerton and The Queen's Gambit reached within that time frame. It's also worth mentioning that this is the first French TV show to have as much success as it did on the platform.

Donned as the gentleman thief, Lupin is an iconic figment of French literature, stemmed from writer Maurice LeBlanc in 1905. The character also appears in 17 short and mystery stories.

On the show, French actor Omar Sy, who was voted one of France's favorite personalities after his role in The Intouchables, assumed the role of Assane Diop and his alter ego Lupin which is absolutely perfect.

Anytime a film or a streaming platform adapts literature, it is a big deal. However, when Netflix adopted this literary classic and decided to choose Sy—who also happens to be vocal about racial injustice—to play a traditionally white character is what sets the show apart from the rest.


READ: "The Queen's Gambit" is an incredible show, but we need to talk about that menstruation scene

"The Queen's Gambit" is an incredible show, but we need to talk about that menstruation scene conversations.indy100.com

Why does the media continue to portray menstruation scenes inaccurately?

This is major because the surrounding conversation representation within French cinema has been at the center of controversy.

At Cannes Film Festival in 2018, 16 mixed race and Black French actors took a stand against injustice. Even last year, France's film industry members spoke out against the lack of diversity on and behind the screen during France's Cesar Awards.

Moreover, Lupin is a pivotal and groundbreaking representation of Black characters on-screen. For example, Diop/Lupin uses the bias that people of color face to his advantage, by masking himself in stereotypical (and often unnoticed) roles that people of color are placed in, such as a janitor or delivery food driver to steal high-value items to settle a debt.

Although this is an action-packed mystery, Lupin touches on the racial discrimination and flaws within the criminal justice system that many countries face. For example, the character of Mr. Pellegrini, who is a member of high French society, had a prejudice against Babakar (who happens to be Diop's father), a man framed for a burglary he never participated in.

Now being accustomed to Sy's acting prowess, it's tough for me to see someone else play the part of the gentleman thief because of his efforts outside of the screen to shed light on injustice. He penned a heartfelt letter amid the George Floyd murder and the murder of Adama Traoré in France titled "Let's Wake Up." If this doesn't add authenticity to the character he portrays, I don't know what will.

Overall, I appreciate that the show doesn't limit actors to specific roles based on their skin color. Part two of the series will also return with five more episodes, and hopefully, the inclusivity and diversity will continue to grace the screen.

Lupin's success is the needed step forward to showcase more diversity and representation within French cinema. And I'm here for every bit of it.

Lupin part two is expected to debut in the summer.

Related Articles Around the Web
lupin