Who are the female directors making history this year at the Golden Globes?

For the first time in Golden Globe history, three of the five filmmakers nominated for Best Director are women 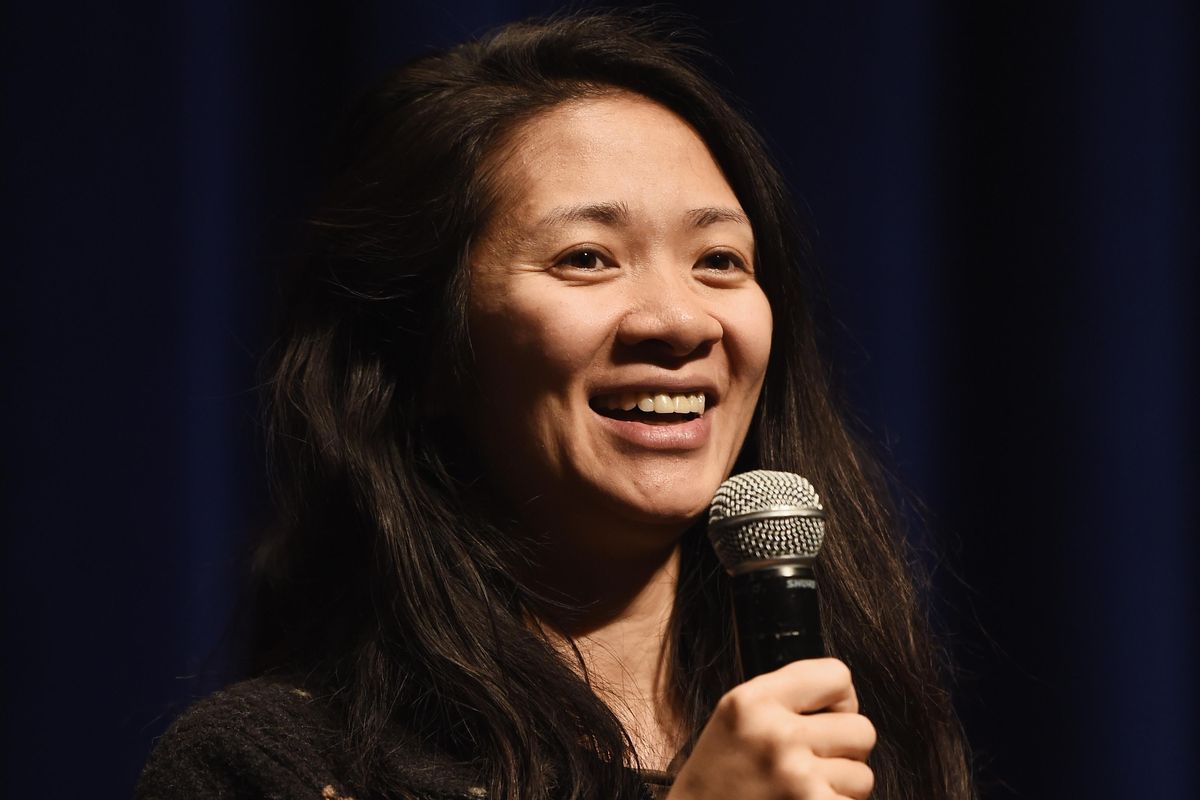 Director Chloe Zhao attends a special screening of "The Rider" at the Writers Guild Theater on April 11, 2018 in Beverly Hills, California.

Just when you thought quarantine was going to be dull, Tina Fey and Amy Poehler are here to reassure us differently. After all, there's only so much banana bread one can bake before they become delirious. Tonight the 78th Annual Golden Globes will take place via virtual broadcast, hosted by Fey and Poehler.

This will mark the first time since 2015 our two favorite comedians will host the show together. Although Fey and Poehler won't actually be in the same room, (Fey will broadcast live from The Rainbow Room in New York City, while Poehler will host inside the Beverly Hilton Hotel in California) I'm sure we'll have our fill of comedy and alcohol from both.

Besides, nothing says Golden Globes quite like Tina Fey and Amy Poehler.

In addition to the exciting news, Golden Globe nominations were released earlier this month, and judging from the diverse list of nominees, it looks like Hollywood received the message regarding inclusion.

For the first time in Golden Globe history, women outrank men in the Best Director category. Three of the five filmmakers nominated were women, including Emerald Fennell (Promising Young Woman), Regina King (One Night in Miami) and Chloe Zhao (Nomadland).

Throughout the years, women have often been overlooked during award shows, especially within directing and writing categories. In the past, no more than one female director was included at a time within the best director category. I can't help but remember Natalie Portman's comment during the 2018 Academy Awards, when the actress called out "all the male nominees" within the Best Director category.

Only ten female directors have been nominated by the Hollywood Foreign Press Association since it's inception back in 1943. In addition to the news, this years female-led filmmakers are also ethnically diverse. Chloe Zhao is the first Asian woman to be nominated in the category, with Regina King being the second Black woman to receive a nomination within the Best Director category.

While this is wonderful news, there were a lot of snubs this year in regards to representation. For starters, Bridgerton was completely excluded from the list of nominations, despite the immense success it garnered for its inclusivity... among other things. I was also frustrated not see Zendaya or Michaela Coel nominated for their roles in HBO's Euphoria and I May Destroy You.

Zendaya received the Emmy for her role in the renowned HBO series tackling addiction and mental health, making her the youngest woman to win an award for Best Actress for drama series. As for Coel, well; she's simply brilliant.

I dare you to watch I May Destroy You, a series about sexual assault and its aftermath, and not be blown away by Coel's emotionally raw performance. For crying out loud, Emily in Paris was nominated for Best Musical/Comedy Series. How is that even legal? Don't get me wrong, I binged that series quicker than I did The Queen''s Gambit, but it doesn't make it more notable than contenders like Spike Lee's Da 5 Bloods orJudas and the Black Messiah, which were also excluded from the list.

Although there have been great strides in regards to representation within film and television within the last few years, there's evidently still a long way to go. Hopefully this year's nominees will change that, and pave the way for more talented women and individuals of color to take the lead. Below is the complete list of nominees for the 78th Golden Globe Awards.

The Trial of the Chicago 7

Vanessa Kirby, Pieces of a Woman

Rosamund Pike, I Care a Lot

Helena Zengel, News of the World

Sacha Baron Cohen, The Trial of the Chicago 7

Billy Murray, On the Rocks

Regina King, One Night in Miami

Aaron Sorkin, The Trial of the Chicago 7

Aaron Sorkin, The Trial of the Chicago 7

News of the World

"Fight for You" from Judas & the Black Messiah

"Io Si" from The Life Ahead

"Speak Now" from One Night in Miami

"Hear My Voice" from The Trial of the Chicago 7

"Tigress & Tweed" from The US v. Billie Holiday

Mark Ruffalo, I Know This Much Is True

From Your Site Articles
Related Articles Around the Web
golden globes