Fur for thought: How Covid has killed the fur industry

Fur has become a controversial product in recent years, but has the pandemic made it a thing of the past? 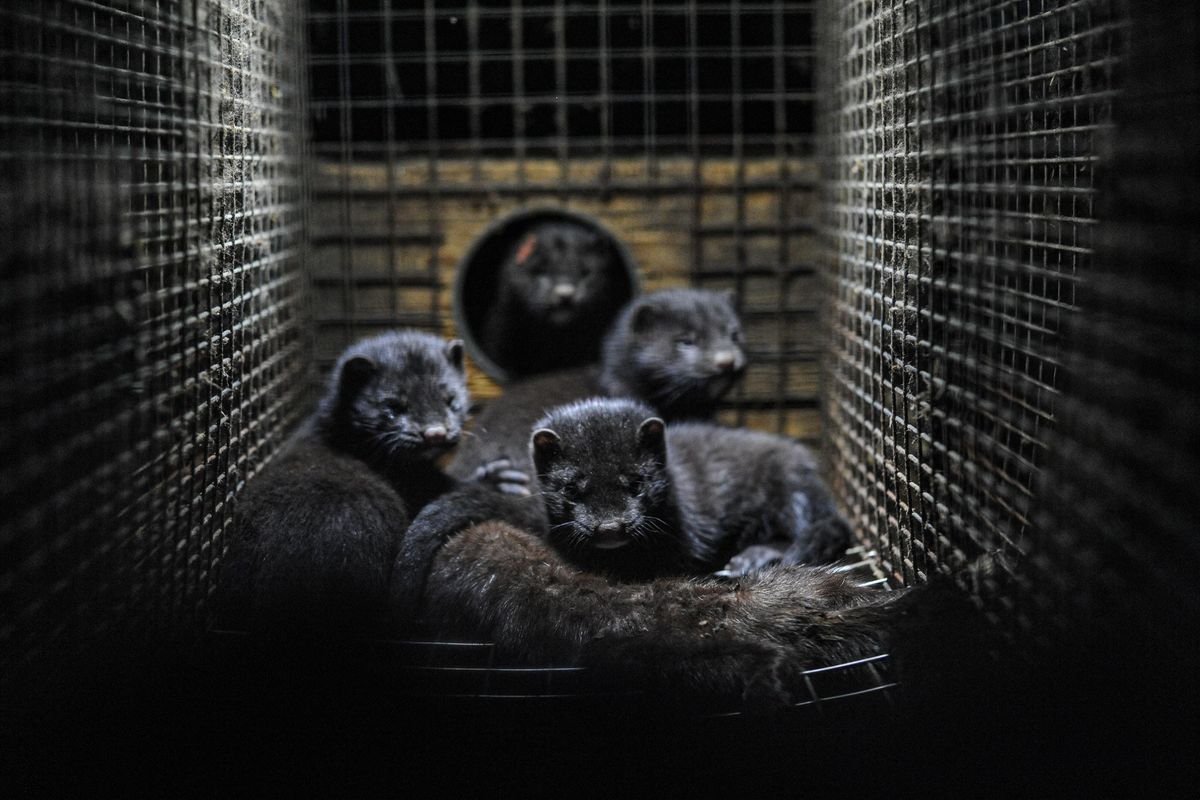 A student journalist with a zeal for writing and a passion for all things pop culture. Listen to my podcast Pop Cult Digest.

You may question who and why people are still buying fur; it seems that the industry is old-fashioned and unsought after in this day and age. Faux fur is everywhere, and the love for animals never dies, especially now. The first lockdown caused a significant rise of pet adoptions, according to Pets at Home, which saw a sharp sales rise.

However strong the stigma against fur seems, the industry has still been able to thrive in previous years. The Fur Information Council of America recorded the world's total fur retail sales in 2019 amounted to around €22 billion. Sales may have been in a slow decline over the years, but the industry is far from dead.

Well, until now, that is. The coronavirus pandemic has had a significant effect on the industry in Europe following outbreaks at fur farms across Denmark.

The country is known for being the world's biggest mink producer and farms, with up to 17 million of them in the name of 'fashion'. The outbreaks lead to an announcement from Prime Minister Mette Frederiksen, where he announced "a mass culling" of millions of minks.

The slaughters were described as "necessary," as Denmark officials called it a "reservoir" of disease, which could pose a considerable health risk for the human population. Potential mutations found in mink-related strains of the virus could also prevent the success of any future vaccine. The Danish government proposed a ban on mink farming until 2022. Negotiations are being dragged out as the ban will cause 6,000 job losses.

The fur trade was flourishing just a decade ago; with Chinese incomes growing, a demand for luxury goods grew with it, and the love for fur was apparent as China became the biggest fur importer. Kopenhagen Fur, the world's largest fur auction house, sold a staggering £1.5bn of furs in 2013, with mink production worth £3.2bn globally.

READ: Why antibiotics being used on healthy farm animals is an issue for humans

Why antibiotics being used on healthy farm animals is an issue for humans conversations.indy100.com

The superbug crisis in factory farming can lead to overuse of antibiotics, making them ineffective in treating secondary infections in humans.

Despite its success and a freeze in fur production caused by the pandemic, the industry has been suffering for years before. In 2019, multiple luxury brands announced how they were stamping out the sale of fur products.

Prada, Macy's, and others joined brands such as Chanel and Burberry to remove any animal fur in their clothing lines. The same year also saw an increase of vegan products by a substantial 258 per cent within the UK and US markets.

With the fur aesthetic still being a huge influence and desire in fashion, brands and retailers are increasingly providing faux fur products. This also comes with the rise of vegan leather as countless brands have also banned exotic skins like crocodile and snake. A recent poll of 2,000 people from the UK and US indicated that two-thirds of British adults and 47 per cent of US adults view fur as "inappropriate material".

Animals have similar needs to humans when it comes to disasters, but they can't take matters into their own hands. It's up to us.

Animal welfare groups say the pandemic is further proof of why the fur industry should be shut down, as well as the unethical practices it involves. Dr Joanna Swabe from the Humane Society International told the BBC, "Fur farms are not only the cause of immense and unnecessary animal suffering, but they are also ticking time bombs for deadly diseases."

In recent years, after countless protests and animal welfare campaigns, the fur industry's reality has been exposed and caused public opinion to change drastically. As well as the lack of demand due to the rise in faux fur, there seems to be no need for fur production- in Europe.

The UK placed a ban on fur production in 2003, with Austria, Germany and Japan following the same footsteps with wiping out the fur. Clearly concerned and desperate to boost sales, many fur industry associates are now marketing fur as a 'sustainable option', compared to faux fur, which is still mostly made of synthetic materials, including polyester or modacrylic.

This might seem hypocritical as animal farming raises larger environmental issues such as greenhouse gas emissions. Of course, the use of faux fur is much more ethical in terms of animal welfare.

The whirlwind of 2020 saw many changes in societal infrastructures; businesses had to adapt to the new way of life until things go 'back to normal'- whenever that is.

Fashion has been affected just as much as any other industry, though some people may see the decline in fur as one of the very few positive outcomes from the pandemic. Still, it's a massive market in China, and demand is still alive. Will fur farming be killed off for good one day? We will have to see.

From Your Site Articles
Related Articles Around the Web
fur industry