2020: The year I reclaimed the word 'fat' and made peace with my body

Mollie Quirk examines the root cause of 'fatphobia', explains how Covid-19 helped her to reclaim her confidence 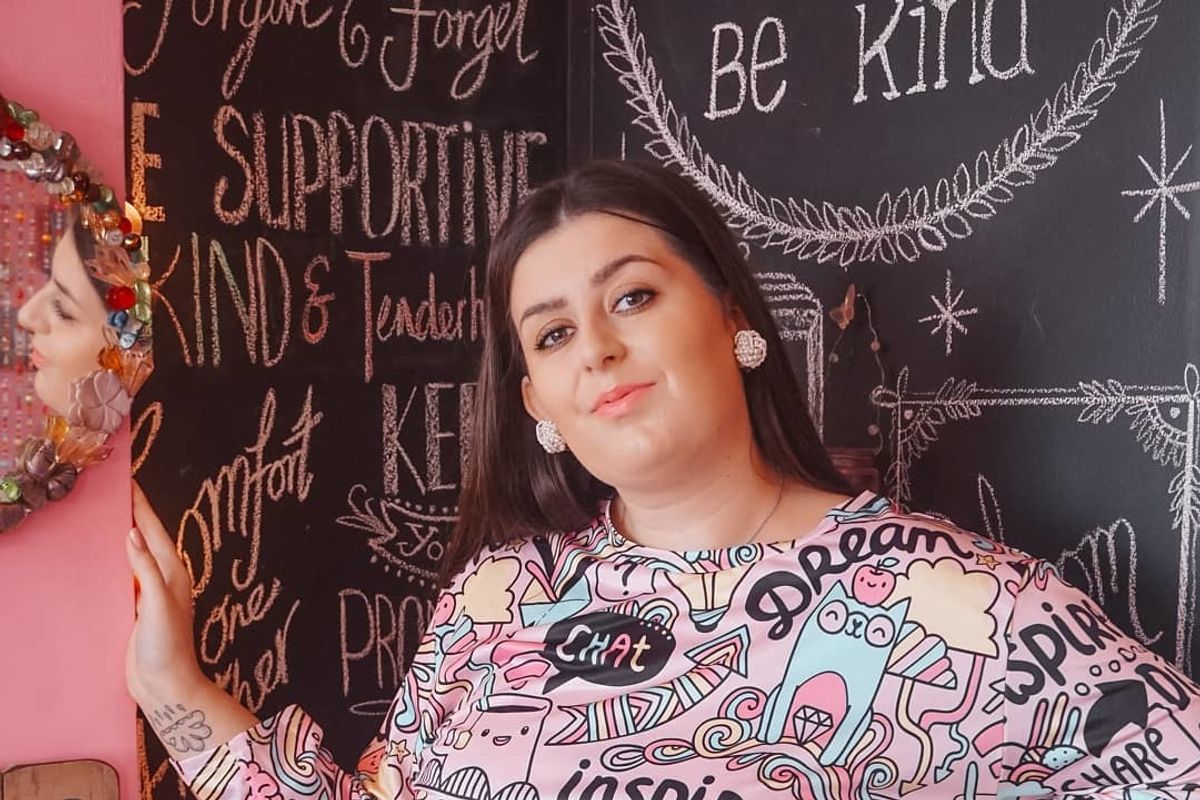 Mollie Quirk is a curvy fashion blogger, body positivity advocate and aspiring journalist. She is in her early-twenties. Mollie strives to promote self love, equality, diversity and the reclaiming of the word 'fat'!

2020 has been a strange year, to say the least. The Coronavirus pandemic has impacted every life on the planet in one way or another. This year has taught us all a lot, but spending more time with myself has taught me how to love myself, my body, and my fatness more. The word 'fat' is met with negativity and disgust. 'Fat' is something we are brought up to believe is bad – it is something that we should never be, and it is something we should avoid at all costs, even at the cost of our mental and physical wellbeing.

From a young age, we are greeted with thin, socially 'desirable' women on our television screens, in our magazines, and described in books. Thinness is the greatest prize, and we must achieve it; we must be thin, and then everything in life will be okay. Thinness and the abundance of joy that comes with it is a lie – a damaging lie that can interfere with a child's perception of their body for the rest of their life. The way the media portrays the 'beauty ideal' is what I believe to be the root cause of fatphobia within society. Fatphobia stems from the beliefs that society holds – thinness is beautiful, clean, classy, intelligent, healthy, and rich.

These beliefs automatically paint fat people as ugly, unkempt, dirty, uneducated, unhealthy, and poor. This is why people become fatphobic and think being fat is the worst possible outcome. In turn, this makes them angry when they see fat people living their lives unbothered by beauty ideals and societal standards. In March this year, the world became unrecognisable. A global pandemic broke out around the globe, and we were all confined to our homes. This stirred up many unnerving feelings for anyone who has ever been at war with their body. I can remember the first few weeks of lockdown focusing on 'getting in shape' or 'maintaining your body.' The weeks that followed after that focused on 'lockdown weight gain' and how to 'get rid' of the weight you'd gained.And then a couple of months down the line, the government released a new campaign to 'tackle obesity.'
For many people, the conversation surrounding dieting and diet culture was uncomfortable in general. For some, it undid a lot of work they had done within their minds – work that took years but aided them in loving themselves a little more. Self-love is a journey – a long one – and for some people, the heightened talk of 'getting in shape,' 'losing belly fat,' and 'tackling obesity' negatively impacted them. But despite all of the negativity surrounding being fat or in a bigger body, the last six months have been a positive force in terms of self-love for a lot of people, including myself. With a lot of time on our hands and our phone being in them most of the time, lockdown meant a lot of that time was spent on social media – Instagram being the most popular choice of app for many.

I spent a lot of time endlessly scrolling Instagram during the lockdown, and I saw a shift – a shift in the way people were viewing their bodies. Regardless of the constant diet talk and fatphobic conversation that spiraled out of control during the lockdown, people spoke out about the love they had for their bodies – they were screaming it loudly and clearly. I think this became a coping mechanism for most – a way to reclaim the word fat, a way to love themselves in a world full of hate and go against society without breaking any rules. After seeing many of my online community embracing their bodies and openly posting about their self-love journey, something within me clicked, and I knew I had to embrace my body. Having blogged for almost seven years and dabbling in body positivity since 2017, talking about my body wasn't entirely new to me.

Openly reclaiming the word 'fat' and speaking up against diet culture was a whole new experience. My first post began with a memory that popped up on Facebook Memories – it was three years since I was first body-shamed on Twitter. I made a post that showed how much confidence I had gained from then until now, and it got the most amazing response – and ever since that post, I haven't looked back, body positivity, self-love, and anti-diet culture is now all I post about. Posting the photos I post on Instagram has not only helped me to appreciate and love my body more, but my posts are helping other people too. The chat around diet culture could have affected my mental health, but I chose to rebel and love myself unconditionally instead.

From Your Site Articles
Related Articles Around the Web
identities