Audre Lorde never shied away from her identity— and it's honorable

"What we must do is commit ourselves to some future that can include each other." 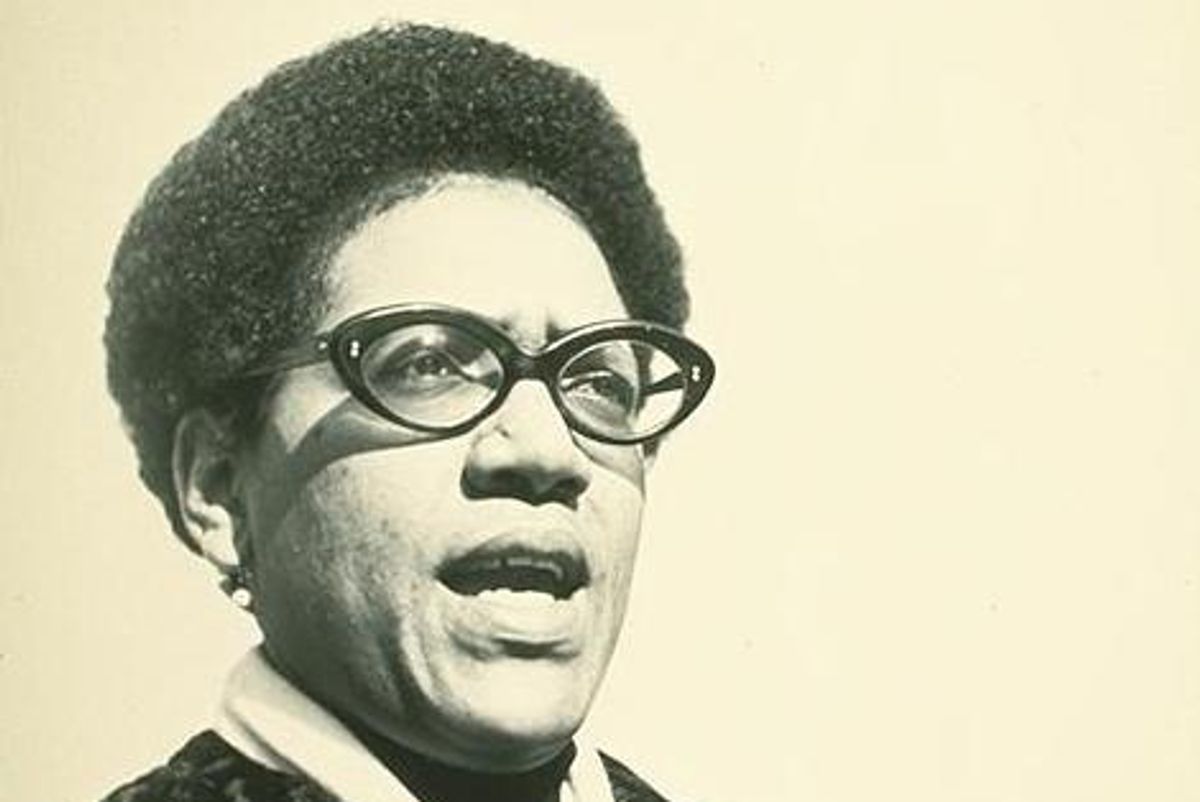 There is nothing like relaxing and reading your favorite collection of poetry or discovering your next favorite writer. I think Google feels the same way.

Because on Thursday, Google is zeroing in and showing appreciation for Audre Lorde, a civil rights hero, and highly revered poet, on what would be her 87th birthday.

The illustration also featured an excerpt from Lorde's speech "Learning From the 60s". Lorde iconically delivered this speech during a 1982 Malcolm X celebration at Harvard University.

Self-described as "Black, lesbian, mother, warrior, and poet," she is most notable for effortlessly expressing her creativity as she confronted and addressed racial injustices, sexism, heterosexism, homophobia, classism; the list goes on.


Her rhetoric also celebrated what it means to be a Black person in the United States while rejecting the idea that similar identities were necessary for unity.

Lorde was born in New York in 1934 to a Bajan father and Grenadian mother and published her first poem, Spring at 15-years- old, in Seventeen magazine when her school rejected it. In 1968, her first collection of poetry, titled The First Cities, was published.

A few years later, she published From a Land Where Other People Live in 1972, which was rightfully nominated for a National Book Award. It explored feelings of injustice, loneliness, anger, and her overall identity as a Black woman, mother, and partner.

Additionally, she was also awarded the American book award in 1989, and two years later, she became a New York state poet laureate in the Walt Whitman Citation of Merit.

READ: The contemporary Black poets to add to your reading list today

The contemporary Black poets to add to your reading list today conversations.indy100.com

"Poetry is language at its most distilled and most powerful."


Lorde also was involved with political and literary organizations. She co-founded Kitchen Table: Women of Color Press, which supports Black feminist writers, and the Sisterhood in Support of Sisters in South Africa, an organization to help women amid Apartheid.

In her 1980 novel, The Cancer Journals, Lorde talked about the early years of her 14 year battle with breast cancer and how it relates to her advocacy with civil rights, feminist issues, and lesbian rights.

Lorde left a transcendent and honorable legacy. She has an award named after her (The Audre Lorde Award honors) which commemorates lesbian poetry. Also, The Audre Lorde Project is an organization for LGBT people of color, focusing on community, immigrant activism, and prison reform.

Moreover, in an excerpt from Learning from the 60s, Lorde said the following: "What we must do is commit ourselves to some future that can include each other."

Are bad news stories too harrowing or can they inspire some interesting discussions?

We often listen to Radio 6 Music, preferably in the car, when I'm not taking David Bowie or Spiderman theme tune requests).

When the news comes on, I sometimes consider turning it down because I know that it will inevitably contain something tragic or harrowing.

I'm a social worker who specialises in working with adolescents. I've worked for 25 years with this group, and it is both challenging and utter joy.

Keep reading... Show less
parenting
#StartTheConversation by joining us on
Want to Write For Us?
Have something interesting to say? We want to hear it!
Here are a few tips on getting your work featured
Read More
Top Conversations
Most Popular

Cardi B weighs in on Coronavirus testing becoming a business

Trending Topics
#StartTheConversation by joining us on
x