Technology can reverse climate change. It's time to embrace it

The pandemic defined 2020. 2021 will be defined by a more long-term crisis facing humanity: climate change. 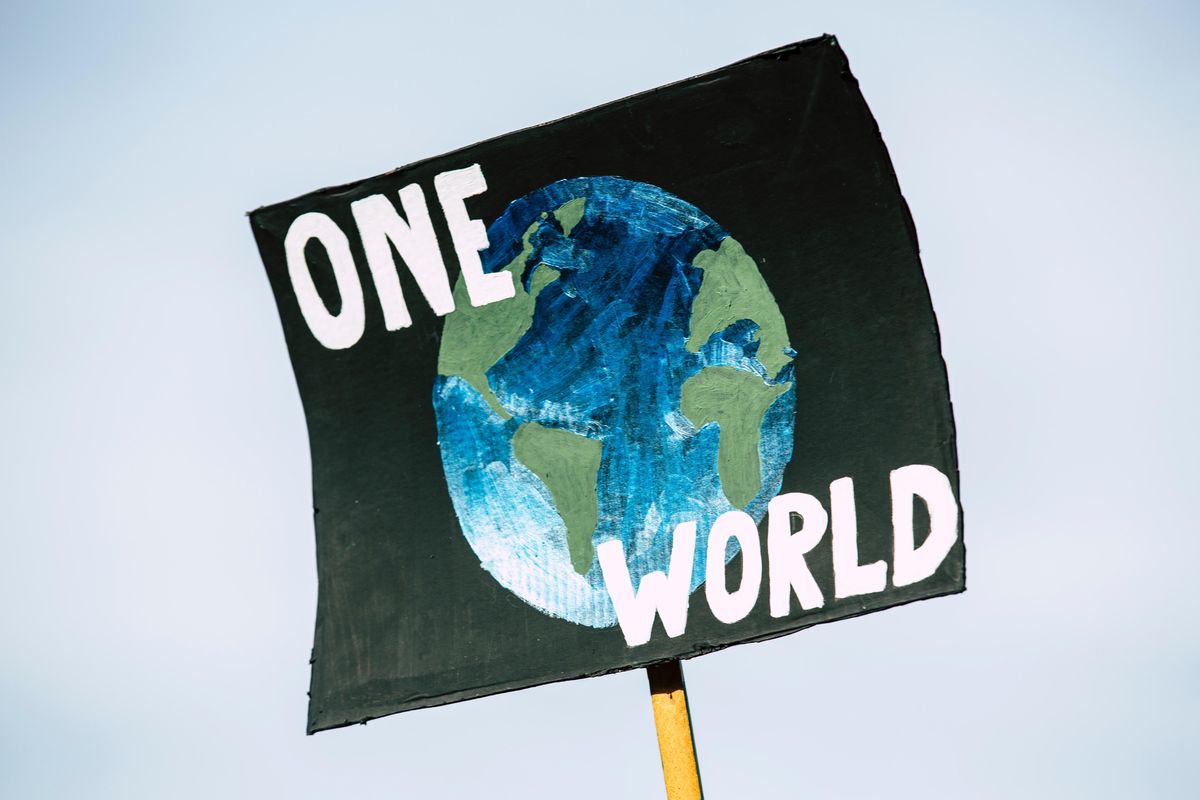 One World signage
Photo by Markus Spiske on Unsplash
Ashfaq_Zaman
Co-founder of CNI News and Director of the Dhaka Forum
https://bd.linkedin.com/in/zamancpa

The pandemic defined 2020. 2021 will be defined by a more long-term crisis facing humanity: climate change.

Rather than low-tech and often unworkable solutions (reduced or no travel, mass vegan diets), governments are increasingly embracing technology to help us understand and influence the climate - rather than merely respond to it. This should become the norm for public authorities across the world.

For example, China's weather modification programme could be a lifeline for workable solutions to climate change globally. The technique, known as cloud-seeding, uses silver iodide and liquid nitrogen to thicken water droplets in the cloud, leading to increased rain or snowfall.

The technology has been reported to prevent droughts and regulate weather before major events, like in the run-up to the 2008 Beijing Olympics.

The Chinese cabinet has announced that its weather modification programme will cover half the country by 2025, with the aim to revitalize rural regions, restore ecosystems, minimize losses from natural disasters and redistribute water throughout the country.

And China's ambitious Tianhe (sky river) programme could eventually divert 5 billion cubic meters of water annually across regions, which could protect millions of people from the effects of drought and water scarcity.

Although critics have, without evidence, described these projects as 'weaponization of the weather,' the humanitarian and development potential is huge.

Necessity is the mother of invention, and this is truer than ever with regards to the climate. The world faces a climate-change-induced water crisis, with 2 billion people affected globally.

Animals have similar needs to humans when it comes to disasters, but they can't take matters into their own hands. It's up to us.

The UN predicts that at the current water usage levels, water scarcity could displace 700 million people by 2030.

Carbon emissions are unlikely to be eliminated in high growth economies in regions like Asia, meaning that the world must develop a way to manage emissions' effects on the climate.

While it is true that the fundamental solutions of eating less meat, cycling to work, and cutting back on international flights can help curb our carbon output in the long-run, it does nothing to help those who suffer from flooding or water scarcity. Ultimately, technology is an essential part of the solution. Big tech is leading the charge in tackling climate change by using big data and machine learning.

In November 2019, a group of data scientists published a paper entitled 'Tackling Climate Change with Machine Learning'. The document laid out 13 different applications of using machine learning to tackle the impacts of climate change. One such application was using machine-learning to predict extreme weather events.

Such an application is already being put into action. For example, Bangladesh is one of the most flood-prone countries globally; approximately 5 million people were negatively affected by flooding last year alone. To help combat this, Google teamed up with the Bangladesh Water Development Board and the Access to Information (a2i) Programme to develop a flood notification app that is approximately 90% accurate.

The app, which is enabled by AI flooding simulation, provides the population with timely, updated, and critical information that can help users make informed decisions on their families and friends' safety.

READ: Can Apple really get a country to workout? Let's ask Singapore in two years

Can Apple really get a country to workout? Let's ask Singapore in two years conversations.indy100.com

The government of Singapore is partnering with Apple to incentivize healthy behaviors.

The same technology has been used in both India and South Africa, and has the potential to save thousands of lives and livelihoods. It is these sorts of innovations that we should rely on to help those who are most vulnerable to the impact of climate change.

It is not only cloud-seeding and weather prediction technologies that will provide humanity with a route out of its biggest existential threat. Breakthrough battery technology, green hydrogen, 5G-based smart grids, and carbon-negative factories are set to become commonplace in our fight against rising CO2 levels.

As a global society, we must set our political divisions and some critics' technophobia aside and step forward in a spirit of international collaboration.

Ashfaq Zaman is co-founder of CNI News and Director of the Dhaka Forum.

From Your Site Articles
Related Articles Around the Web
technology