Wildlife centers provide an essential service that is too big – and too important – to fail. But amidst Covid-19, these centers are suffering 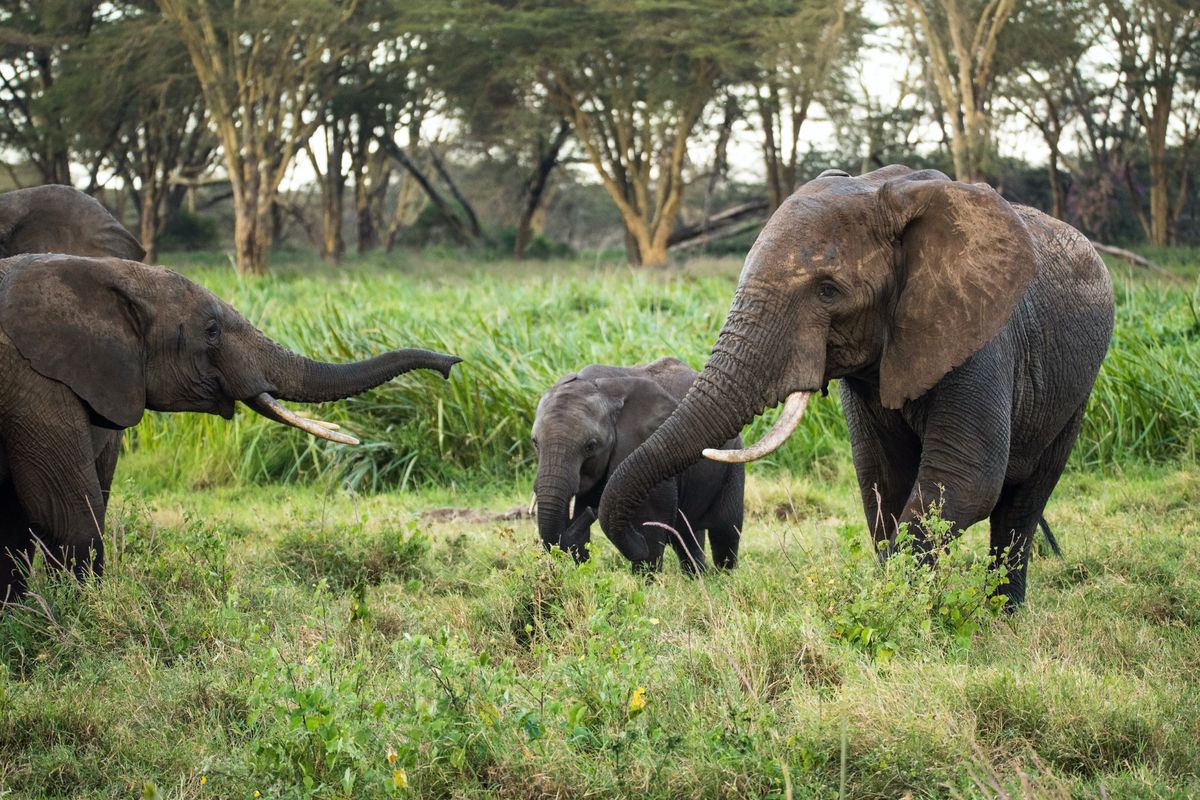 Whether it was a bat or a pangolin, one thing is certain: the Covid-19 pandemic is a direct result of wildlife trade. This is acutely felt in Africa, where the continent's great apes and monkeys have been pushed to the brink of extinction. They have been poached and trafficked, sold as pets, or as meat.

Wildlife centers form a bulwark against this loss. These groups partner with law enforcement to fight wildlife crime by providing a safe haven for rescued animals. They administer veterinary care, and when possible, release animals back into the wild. If that's not an option, they offer a life-long home. For a gorilla, this could be a 30-year commitment. They also help protect and reclaim habitat, working with local communities, governments, and NGOs to secure vanishing forests. I'm proud that 23 such centers form the Pan African Sanctuary Alliance (PASA) and are focused on protecting primates. Our members alone employ nearly 800 people in Africa and are responsible for generating $5m in local economies.

But I worry Covid-19 will bring them close to collapse, and this is simply not an option.

Illness carries the extra risk of infecting the animals as well as humans. In Guinea, the team at Chimpanzee Conservation Center leverages its experience from the Ebola outbreak to reinforce biosecurity protocols. In Sierra Leone, the Tacugama Chimpanzee Sanctuary proactively went into lockdown, knowing that early prevention would help protect the chimps.

And now, nearly four months later, they're still there.

But Covid-19 is different, and its danger is both near and long term. Travel bans, and, as these lift, fear of travel, prevent volunteers from coming. In normal seasons, they help care for animals and support local staff. They often bring medications and supplies. They are also a critical source of revenue for the centers.

However, with or without volunteers, centers must provide care. Monkeys and apes don't stop eating just because it's difficult – and more expensive – to find food. In South Africa, The Vervet Monkey Foundation says food costs have skyrocketed. Before Covid-19, they had relationships with nearby farmers who sold directly to them at a discount. Those farms are closed, so now the center must buy food at markets, driving up costs.

Just as food and medicine costs are rising, some foundations have paused grants and stopped allocating funds, waiting to see the economic impact of the crisis.

These funds are critical to keeping operations going. This makes the long term forecasting difficult. So, we're asking hard questions. What if this goes on another six months? Another year? And, hardest of all, what if some centers are forced to shut down?

I don't like to think about this possibility, and I'll tell you why.

First and foremost, the impact on the great apes and monkeys would be traumatic. The animals that come to PASA members carry serious trauma and physical scars. It is common for poachers to kill older members of a group to sell as meat, and then sell babies – too little to be butchered – to shabby attractions or as illegal pets. When they come to a sanctuary, watching their development into healthy, happy animals is a joyous facet of this work. Closing the centers would inflict new damage.

Second, relocating a single primate is challenging – and PASA members collectively care for over 3,000. It would be difficult, if not impossible, to find centers that could take in the animals. As PASA represents the largest association of wildlife centers in Africa, additional options outside our alliance may not exist. But let's assume we could find suitable sites. Gaining permits to move wild animals is a lengthy process, made longer by many governmental offices' closures during the outbreak.

Transporting endangered species, such as chimpanzees and gorillas, adds complexity to the process – and additional time. Finally, moving a wild animal is a significant undertaking as well. For a glimpse of the work involved, take a look at this video. The rescue of the three chimps profiled took over two years to complete.

What, then, are our options? Human activity is encroaching on wild habitat. Experts predict more so-called "spillover" events like Covid-19 as the bush disappears, and humans encounter more wildlife. There is a critical need for a protected third space.

Wildlife centers are that space. They are vital to lessen the pressure of habitat loss, fight wildlife crime, and, ultimately, help prevent future spillover events. Without their work, we could lose these species in our lifetime. The communities that depend on these centers could lose their livelihoods, which would accelerate the cycle. Wildlife centers provide an essential service that is too big – and too important – to fail.

We must continue to support them through this tragic time.

From Your Site Articles
Related Articles Around the Web
wildlife