The superbug crisis in factory farming can lead to overuse of antibiotics, making them ineffective in treating secondary infections in humans. 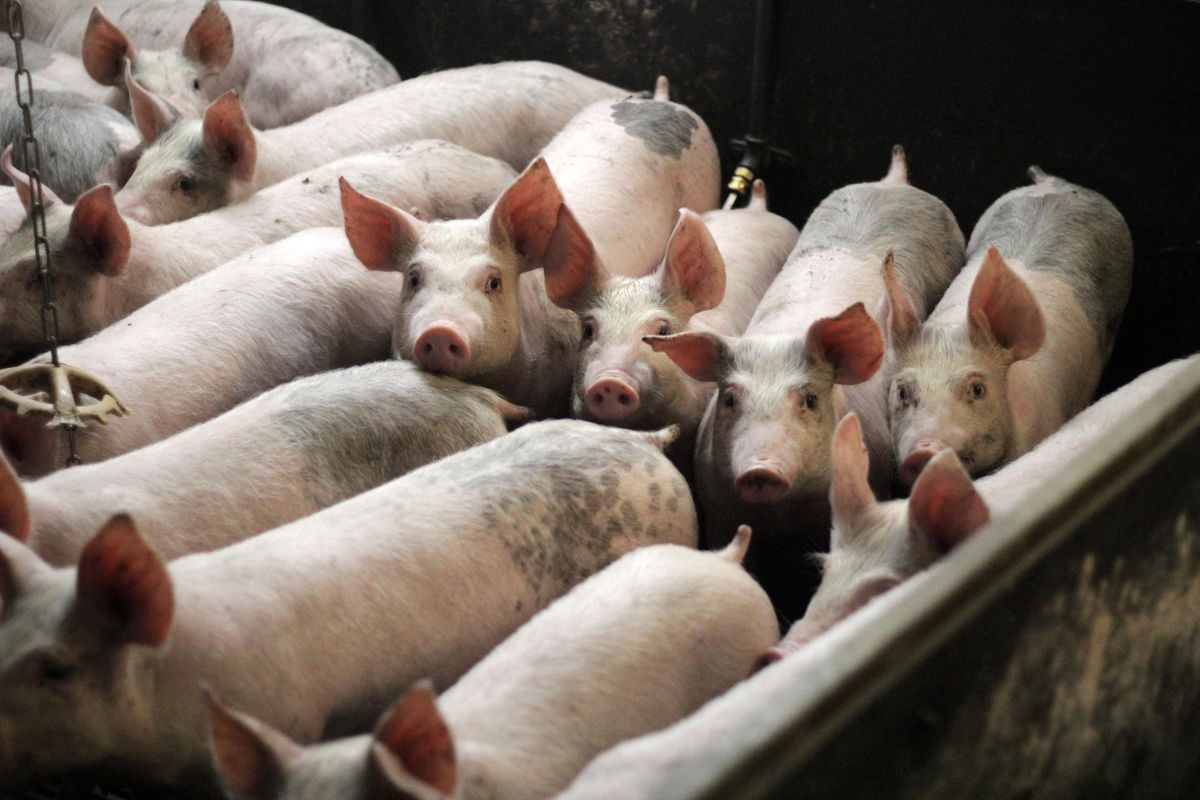 World Animal Protection seeks to create a world where animal welfare matters, and animal cruelty has ended. Active in more than 50 countries, we work directly with animals and with the people and organisations that can ensure animals are treated with respect and compassion. We hold consultative status at the Council of Europe and collaborate with national governments and the United Nations.

https://twitter.com/MoveTheWorldUK
World Animal Protection seeks to create a world where animal welfare matters, and animal cruelty has ended. Active in more than 50 countries, we work directly with animals and with the people and organisations that can ensure animals are treated with respect and compassion. We hold consultative status at the Council of Europe and collaborate with national governments and the United Nations.
https://www.facebook.com/WorldAnimalProtectionUK
https://www.linkedin.com/company/world-animal-protection/mycompany/
https://www.instagram.com/world_animal_protection/?hl=en

As the Acting UK Country Director of a global animal welfare charity, I want to ensure we take responsibility for communicating to the public the very real link between how we treat healthy livestock on our farms and the growing risk of another global health crisis.

For most people, COVID-19 was a wake-up call like no other. For us at World Animal Protection, it spotlighted a myriad of issues we have long been campaigning for. Now another alarm bell is ringing—the superbug crisis in factory farming, where an overuse of antibiotics could make them ineffective in treating secondary infections in humans.

Our report, Fuelling the Pandemic Crisis, shows that healthy, factory-farmed animals are routinely given the same antibiotics used to treat critically ill COVID-19 patients for secondary infections caused by the virus. So why is that a problem? This worrying over-use in farms (the UK used 226 tonnes on farm animals in 2018) can cause superbugs, bacteria that are resistant to antibiotics, to emerge. If those antibiotic-resistant bacteria then enter our food chain and environment, it could be catastrophic.

Already, 700,000 people around the world die each year from infections that cannot be treated by antibiotics. By 2050, this is expected to rise to 10 million people globally each year. I strongly believe if we don't address the Antimicrobial Resistance (AMR) crisis now, it will make it harder for us to fight disease and increase the risk of another global health crisis. This would be a disaster, socially, environmentally and economically, as we've already seen with COVID-19.

In the UK, farming accounts for 30% of all antibiotic use. However, the highest use is in pigs, some of the world's most intensively farmed animals. Pigs are crammed too close together on factory farms and frustrated animals will bite each other's tails and testicles. To stop this, pigs are dosed with antibiotics. As a result, their tails and teeth often cut off without pain relief. Not only do I feel these practices should not be continued, but that we have a duty to better look after our livestock.

We deserve to know where Trump and Biden stand on factory farming conversations.indy100.com

A critical issue Americans care about is factory farming. Where do the presidential nominees stand?

While it's true antibiotic use is falling in the UK— a 50% decrease between 2014 and 2018—and using antibiotics as growth promoters is illegal after it was banned by the EU in 2006, it remains legal to give antibiotics to herds of healthy animals to prevent disease. That includes antibiotics classed as 'critically important' for humans. Compared to worldwide figures, British farmers are certainly progressing, and that's something to feel positive about.

However, today, almost 75% of the world's antibiotics are used in animals, the vast majority on factory farms as a preventative measure due to cramped conditions—fertile breeding ground for the spread of infection and emergence of disease.

We know there is a more effective solution out there.

If the UK improved welfare conditions for farm animals, they would be less prone to disease, and fewer farmers would feel the need to turn to antibiotics in this preventative manner, as a sticking plaster for factory farming. We can look to Scandinavian countries as an example—by improving animal welfare. Scandinavia resulted in 50 to 100-times fewer antibiotic use than in other countries such as France, Belgium and Germany.

And I know there is significant public support for this. Our own poll showed four out of five people, surveyed across 15 countries, are aware and concerned that the next pandemic could come from farm animals, and that giving regular antibiotics to healthy animals is wrong. The same number also say they would refuse to shop with retailers such as supermarkets that don't ensure animals are treated well including the responsible use of antibiotics in the meat they sell.

To those who say we already use fewer antibiotics in the UK, I say consider the fact we also import more meat and dairy than we produce. That means the way other countries use antibiotics in farming is important too. With Brexit potentially opening up trade with more nations, it's never been more crucial to ensure we have our own clear, strong standards. Use of antibiotics in farming in the USA, for example, is five times higher than in the UK and we should not be supporting low animal welfare practices by importing it.

The welfare of animals is something I care strongly about and I propose we end the routine preventative use of antibiotics for farm animals, and that we stop using antibiotics in farming which are essential to human health. It's also key that we improve welfare conditions of farm animals and move towards ending factory farming altogether, with reduced production and consumption of meat, and high welfare standards for all farm animals. And as individuals, we can make a huge difference by consuming less cheap meat to drive down the demand for factory farming.

Most people understand that giving antibiotics to stressed, confined animals to prevent them becoming ill is neither sustainable nor ethical. But we must also ensure that imports of meat and dairy meet our own robust welfare standards, including a low level of antibiotic use. For our part, we will continue to work with governments globally to ensure that animal welfare standards rise and antibiotic use in farm animals is monitored.

Our work with supermarkets has already seen more transparency on antibiotic use this year, and they must continue to set the bar high when it comes to what's in their supply chain. We need to keep the pressure on, speak up and ensure our voices are heard on antibiotic overuse, otherwise this could be the start of the next public health crisis.

From Your Site Articles
farm animals