What is the fate of America's democracy now that Biden is President-elect?

The answer will definitively be written by historians who look back in disgust. 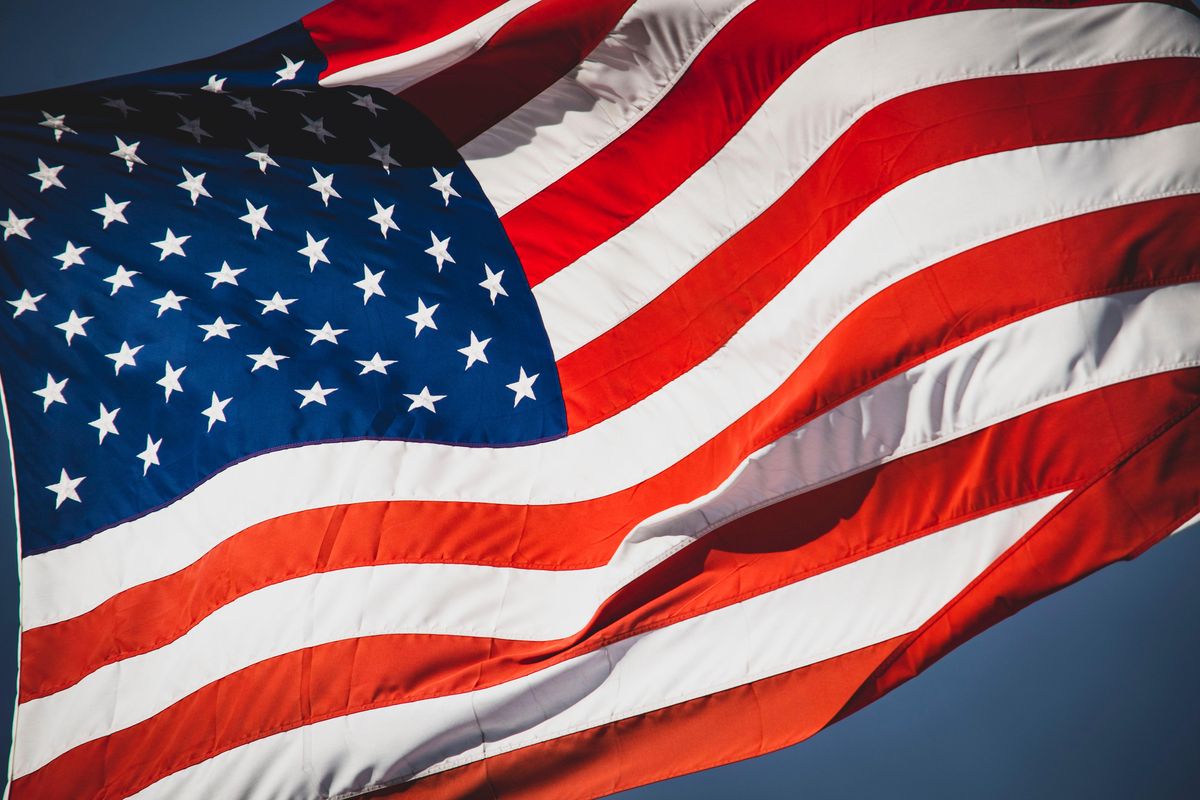 flag of U.S.A.
Photo by Jon Sailer on Unsplash
Fanette_Davis
https://twitter.com/davisfan10
I am a concerned global citizen of the world and aspiring writer and author.

One of my favorite quotes accurately describes the current political climate in America, "Evil flourishes when good men do nothing." Why? Because democracy is on fire and in imminent danger of destruction. How, you might ask, could this happen in America after more than two hundred and forty-three years?

The answer will definitively be written by historians who look back in disgust. President-elect, Joe Biden secured more than the 270 electoral votes necessary to legally secure the presidency. Regardless, the stakes are high for both Republican and Democratic parties, alike. With that being said, it's paramount Democrats also win the two Senate races.

As of now, Republicans lead with 50 seats. Democrats have secured 46 seats. The Republicans and Majority Leader, Mitch McConnell, have reigned over the chamber since they took control in 2015, halting pending Democratic-proposed legislation, and blocking a Supreme Court nomination by former President Obama, nine months before election day. It is alarming the number of Republican politicians who, it seems, would rather cast aside their oaths to uphold the Constitution of the United States and represent the will and wishes of their constituents to condone the destructive behavior of this president, while his administration has falsely promoted allegations of voter fraud. That, along with the assertion that Democrats willingly accepted illegal voting, with no concrete proof or substance.

They have made unfounded statements attacking the validity of the outcome on the news, meant to cast doubt on a democratic process that has stood above reproach for centuries. And make no doubt, Republicans will likely cause Biden's path to be an uphill battle, but it will not be insurmountable. Why is this happening? Simply because Trump is furious he lost the election.

How can the U.S. expect to make long-overdue improvements if it continues to elect the same politicians with the same agendas? Politicians who seek power over governance at the expense of the people, and who refuse to move the country in a different more optimistic direction. There are close to a thousand people currently dying per day from this raging pandemic in America, with millions unemployed, and a country divided.

President-elect Biden does not need unnecessary challenges to stand in his way.

With hope, America will seek her fate with a new leader, one who possesses the mandatory temperament, decades of experience, and is ready to lead the country forward, one who appears committed to doing the hard work necessary to seek common ground in a politically divided Congress, and attempt to pull together a polarized American people. Soon it will be time for a new vision to "restore the soul of America," a spirit and façade that has been crumbling for the last three-and-a-half years. It is imperative that we seize this moment to act before it is too late.

Related Articles Around the Web
democracy