The story how I went from negative and pessimistic to positive and happy with the help of spiritual practices. 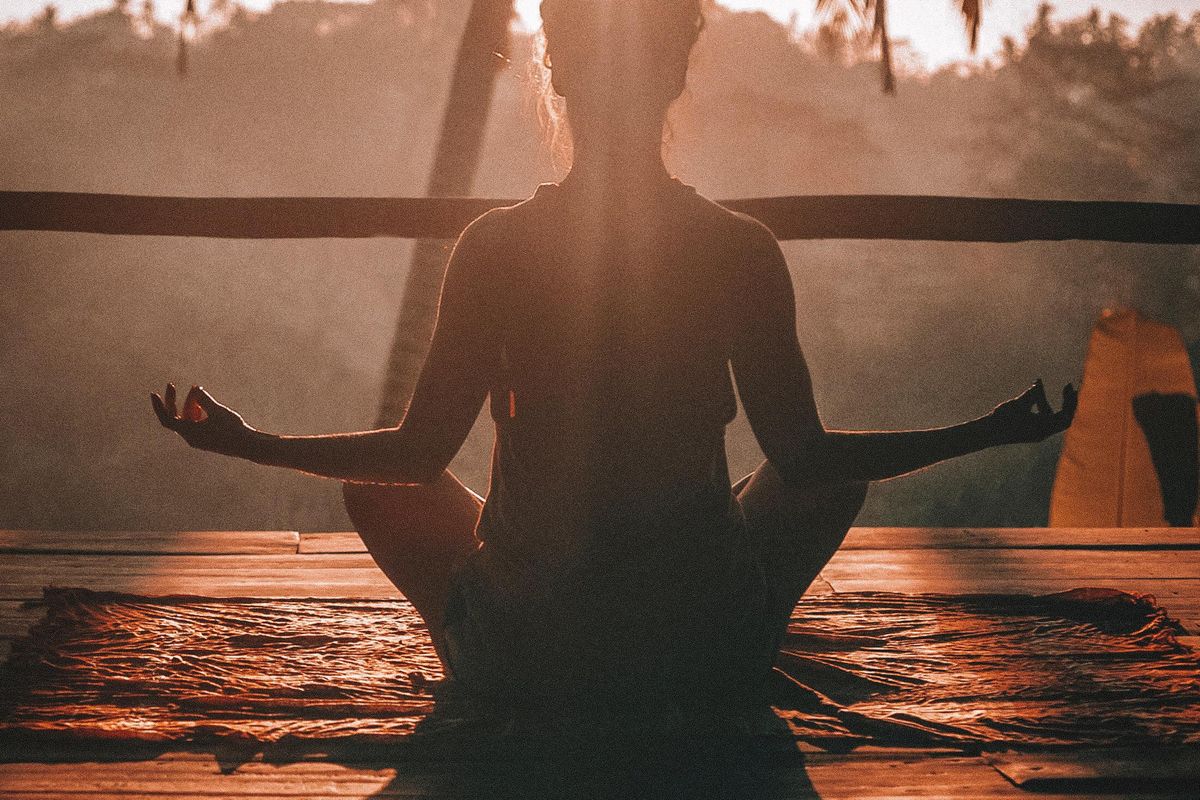 I don't come from a particularly religious family. My parents always wanted us to figure out what we believed by ourselves. And for most of my life, I was okay with not believing in anything. I used to identify as an atheist but I no longer think this was an accurate label because I was open to believing in something, I just didn't know what to believe in.

When I was around fourteen, I started using Tumblr. During this time, I was introduced to many things both good and bad. One of the good things I came across is what is now known as 'Tumblr Witchcraft'.

There was spell jars, running in the rain, dancing to Fleetwood Mac and so much more. It was a magical time for a curious soul like me.

Once I had my first taste of witchcraft, I was hooked. I loved the idea of working with the phases of the moon and using nature in my practice. Around this time, I was also a huge Vampire Diaries fan so it fit into the aesthetic of my life at the time pretty nicely.

Around this time, I was also a very negative and angry individual. I mean, most of it could probably be put down teenage angst mixed with abandonment issues mixed with attention seeking.

I was in the 'broom closet', a term that refers to practitioners who hadn't gone public about their craft. At first, it was like a hobby. I would craft pentacles out of sticks, put my moon water out on the full moon and write in my Book of Shadows.

As time ticked on, I got more and more into this lifestyle but it started changed a little.

In 2016, I discovered mindfulness, meditation and gratitude. By the time I have come across these practices, some of the anger and angst that was stuck with me when I started practising had gone away. Despite this, I was still a very negative person.

I was either working for £4.44 in Primark on the weekends or swamped with college work. At the tender age of seventeen, I was convinced that I would never be happy in life. So, I decided to start working on my outlook on life.

I was watching loads of creators who promoted positive living by doing things like meditation, mindful living and showing gratitude. Even with a healthy dose of skepticism, I started incorporating these things into my life.

Although these things aren't inherently spiritual, they helped me through my spiritual journey. I also started journalling and getting to the root of my issues.

I found that one thing that was keeping me in a negative state of mind was trying to control everything. I took on the burden of trying to control each and every part of my life and this made me miserable. Then I discovered a belief in the Universe.

I kept seeing people say 'trust in the universe' and I didn't really get it at first. So, I read into it and the Universe seemed like something I could get into.

That night, I did a releasing ceremony in the shower (woo-woo, I know), where I let go of all my control, all of my negative ideas and anything that was holding me back from happiness in life.

I woke up the next morning feeling lighter. Almost like a weight had been lifted from my shoulders. Even after just a few months of meditating when I could and journalling when I felt like it had made such a difference.

Over time, I started to develop a more positive mindset. My outlook on life changed because I was actively seeking more positivity. One of the twelve laws of the Universe is the Law of Attraction - this law states that whatever we put out into the universe.

Having these little beliefs that became so sacred to me overtime really helped me develop a better mindset and become a happier person overall.

My journey into spirituality has changed my life in so many ways. It's given me confidence, peace, happiness and so much more.