In the video, Sedona Prince explains how the women's training area was only provided with six pairs of dumbbells, a stark contrast to the men's, which was furnished with more equipment, including training racks, bars, plates, dumbbells and benches. 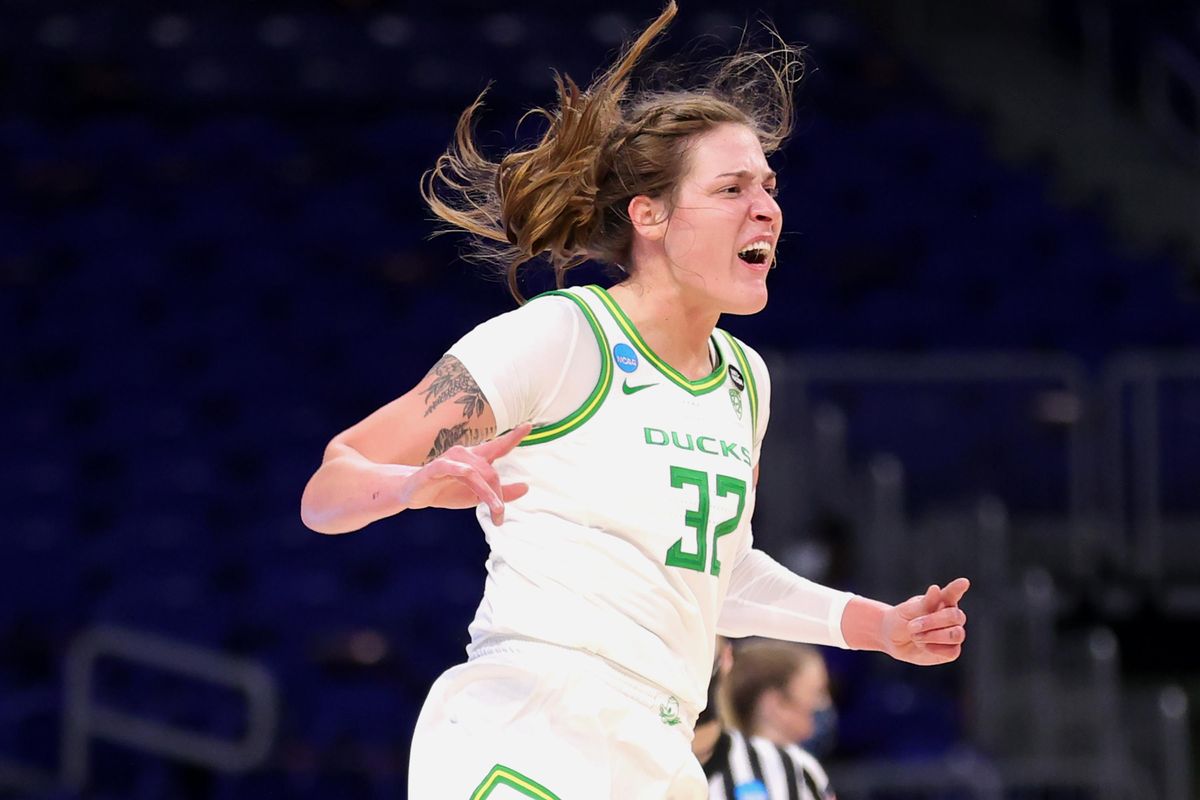 Sedona Prince #32 of the Oregon Ducks reacts to a play against the South Dakota Coyotes during the first half in the first round game of the 2021 NCAA Women's Basketball Tournament at the Alamodome on March 22, 2021 in San Antonio, Texas.

I'm not on TikTok, nor do I understand how it works. Call it a testament to my generation. Yes, I can't believe I've reached the age where I don't fully comprehend an aspect of social media. However, every now and then, I'll catch a glimpse of a video causing me to halt whatever I'm doing and simply watch. This is precisely what occurred last week, when Oregon University basketball player Sedona Prince posted a video on TikTok, highlighting the vast differences between the men and women's weight rooms.

In the video, Prince explains how the women's training area was only provided with six pairs of dumbbells, a stark contrast to the men's, which was decorated with more equipment, including training racks, bars, plates, dumbbells and benches. It doesn't take a genius to understand the underlying sexism at play here.

Shortly after pictures of the women's weight room were released, the NCAA came out with a statement blaming the lack of equipment on a space issue. Prince explained how that statement was incorrect, video taping the vast amount of empty space not being used.

"I had no idea it would be at this level, I just made a TikTok and I put it on Twitter because I wanted it to get more exposure," Prince told CNN. "And as soon as Steph Curry quote tweeted it, I was like 'Okay this is going to be pretty big.' "

Considering these athletes are competing at the most significant college basketball event of the year, it only makes to have a weight room complete with the necessary equipment, such as heavier weights. Thankfully, the NCAA finally came to its senses and installed a new weight room shortly after the video was posted.

"I didn't really know if there was going to be a change or not but now that there has been I'm really happy. And all the rest of the girls here are very excited to use our new weight room," Prince added.

In addition, Vice President of Women's Basketball, Lynn Holzman, commented on the controversy, admitting that the organization "fell short."

"I'm a former women's basketball student athlete and it's always been my priority to make this event the best possible experience for everyone involved," Holzman said in a video statement. "This is my passion — I care about women's basketball and women in sport. We fell short this year in what we've been doing to prepare in the last 60 days for 64 teams to be here in San Antonio and we acknowledge that."

It truly astounds me how this continues happening despite the amount of progress within sports surrounding representation and inclusion. Last year, Katie Sowers made NFL history as the first woman to coach in the Super Bowl. In addition to Sowers, both Jeanie Buss and Becky Hammon made NBA history, with Buss becoming the first female team owner to bring home an NBA championship, and Hammon serving as the first female head coach in an NBA game.

This is incredible progress for an industry previously dominated by men. However, this recent incident only proves how gender roles still play a pivotal part within sports, and it won't change unless the narrative does.