Nine days into his presidency, Biden has already signed 34 executive orders, along with a presidential memorandum to rescind the Mexico City Policy. 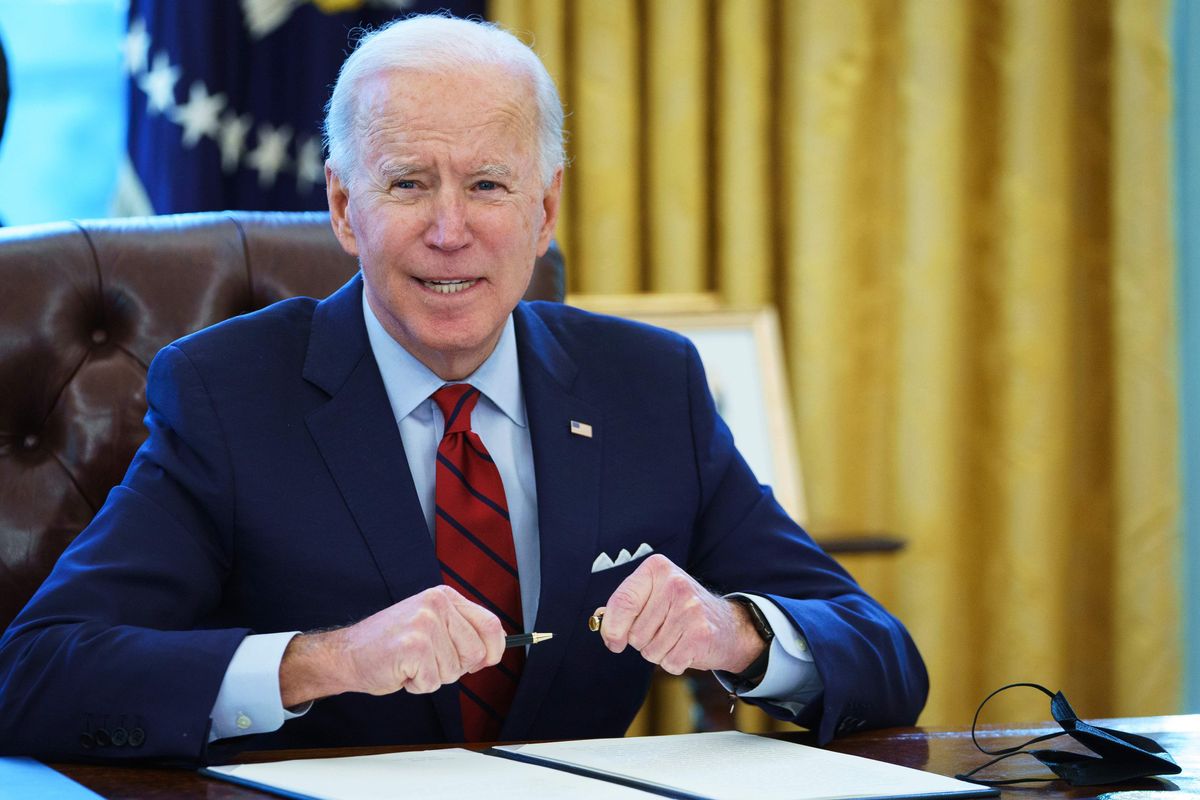 President Joe Biden prepares to sign executive orders on affordable healthcare in the Oval Office of the White House in Washington, DC

It would seem as if President Joe Biden's presidency is off to a productive start. Nine days into his presidency, Biden has already signed 34 executive orders, along with numerous presidential proclamations and memorandums. Newly added to that extensive list is a presidential memorandum to reverse bans on abortion access imposed by the Trump administration.

The memorandum, signed Thursday, includes orders to rescind the Mexico City Policy, which is a global gag rule that restricts federal funding for non-governmental organizations (NGOs) providing abortion, abortion counseling, or abortion referrals. Originally instituted by the Regan administration in 1973, the policy extends restrictions to an estimated $8.8 billion in U.S. global health assistance, including funding support for family planning and reproductive health, maternal and child health, nutrition and HIV/AIDS.

The memo also directs the U.S. Department of Health and Human Services to promptly consider removing Trump's restrictions on Title X, which is a domestic family planning program for low-income Americans that provides contraception, breast and cervical cancer screenings, and preventive education and testing for sexually transmitted diseases. The original program prohibited funds to be used for abortion.

However, in 2019, Trump revised regulations that prevent health care providers who receive Title X funds, from offering abortion referrals or discussing abortion with patients. Title X was legally designed to prioritize the needs of low-income families or uninsured people, but the Trump administration cleverly created a rule under the program which strips millions of dollars in grants from numerous abortion providers - including Planned Parenthood.

For this reason, numerous providers left the Title X program over the years, resulting in immense gaps within care. During a signing ceremony in the Oval Office on Thursday, Biden told reporters the memo will "reverse my predecessor's attack on women's health access."

What the future of abortion care looks like 48 years after Roe v. Wade

What the future of abortion care looks like 48 years after Roe v. Wade conversations.indy100.com

The landmark decision by the U.S. Supreme Court protects a pregnant woman's right to choose to have an abortion without government restriction under the U.S. Constitution. But how has it changed throughout the years?

In addition, the memo will withdraw the U.S. from the "Geneva Consensus Declaration," which is an anti-abortion declaration Trump administration signed last year, alongside Brazil, Egypt, Hungary, Indonesia, and Uganda, asserting "there is no international right to abortion, nor any international obligation on the part of States to finance or facilitate abortion."

Combined, these actions prove Biden's commitment towards protecting abortion access, after the Trump administration tirelessly tried to dismantle it throughout his presidency. Within the last four years, the U.S. witnessed abortion restrictions at an all-time high. According to data from the Guttmacher Institute, 32 states enacted 394 new abortion restrictions from 2011 to 2017.

What's more, the Covid-19 pandemic created excuse for pro-life government officials to strategically enforce additional restrictions on reproductive rights. In April 2020, a federal appeals court in Texas placed a temporary ban on abortion as part of the state's coronavirus response, stating the procedure was "nonessential."

Federal courts in Ohio also limited surgical abortions while allowing patients access to medication abortion (also called the abortion pill), often used when people are 10 or fewer weeks along in their pregnancies. It's evident the Trump administration did immense damage regarding reproductive healthcare, and it's up to the Biden administration to reverse the damage.

Although this is a great start from the Biden administration, there is still more to be done. House Democrats are set to reintroduce a bill that will repeal the Helms Amendment, which is a piece of legislation that limits the use of U.S. foreign assistance for abortion care. House Democrats also have their sights set on repealing the Hyde Amendment, which blocks the use of federal funding (including Medicaid) to cover the cost of abortions.

Obviously, these are actions that will take time. But if the first nine days in Biden's presidency are anything to go by, I can sleep soundly at night knowing universal healthcare is in the process of being preserved.

From Your Site Articles
Related Articles Around the Web
joe biden