From Colin Kaepernick to the Capitol Hill riots: The contradiction of what justice looks like in the US

The idea of the freedom to behave or say whatever seems to be defined differently depending on the context. 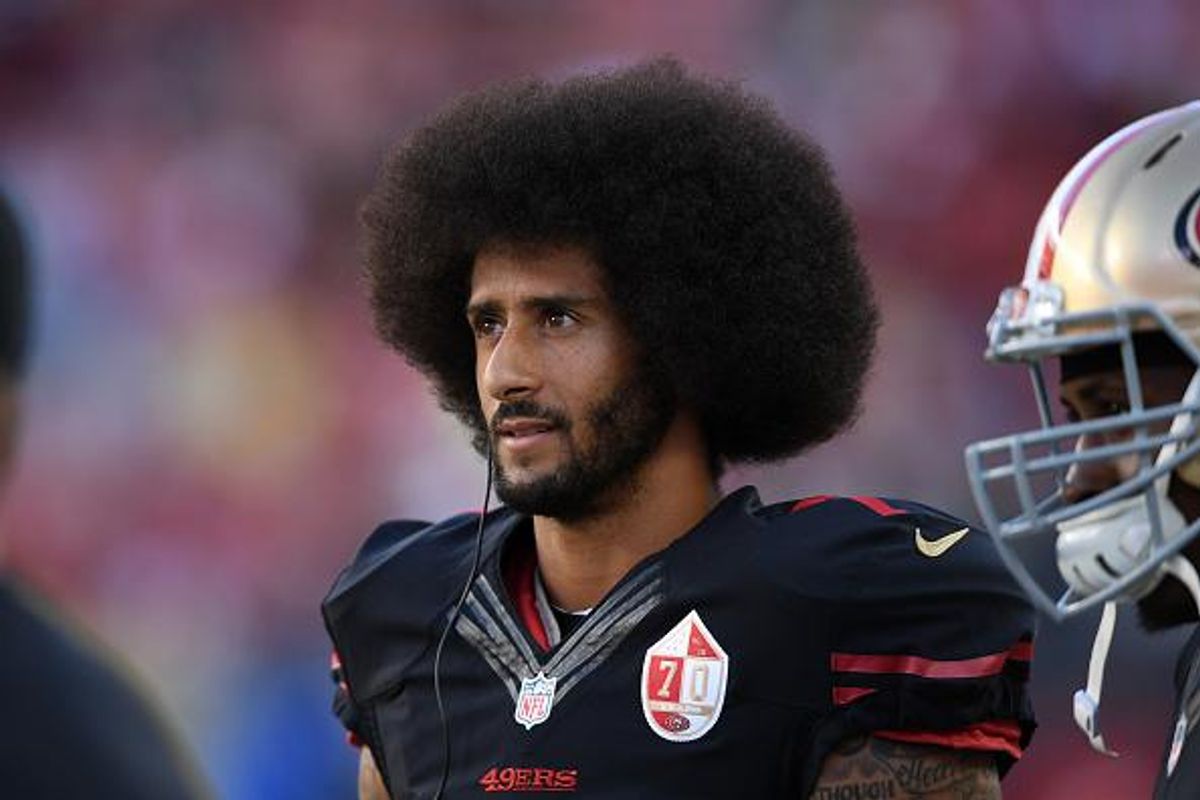 SANTA CLARA, CA - OCTOBER 06: Colin Kaepernick #7 of the San Francisco 49ers stands on the sidelines during their NFL game against the Arizona Cardinals at Levi's Stadium on October 6, 2016 in Santa Clara, California.

Although the United States is a beautiful country with the luxury of many freedoms, there is one fundamental thing that I believe is the caveat to this. The idea of having the freedom to behave or say whatever comes to mind seems to be defined differently depending on the context.

Particularly, I'm thinking of systemic racism and oppression in the backdrop of what is accepted and deemed fair versus what isn't fair and disorderly based on preconceived notions.

This realization brings me to the events of yesterday. It was Martin Luther King Jr. Day, a day to honor his pioneering efforts to encourage the government to end legalized segregation.

As expected, many went through lengths to post quotes and photos commemorating Mr. King's efforts, which deserve to be celebrated. However, the NFL posted something about Martin Luther King Jr. Day, stating, "Injustice everywhere is a threat to justice everywhere." #MLK.

I couldn't help but think of Colin Kaepernick, the former San Francisco 49ers quarterback, and the whole ordeal he had to go through for taking a knee on the football field during the national anthem, civilly protest racial injustice and police brutality.

I believe that this is quite contradictory for the NFL to post about Martin Luther King Jr. and his peaceful protest for racial injustice when they didn't afford Kaepernick justice. The way the NFL handled this case was unfortunate as they caused him to lose his job in the NFL for doing something that was a testament to solidarity within a noble cause. Kaepernick didn't even act aggressively.

Also, we cannot forget that when this transpired, Trump stated, "You have to stand proudly for the national anthem, or you shouldn't be there, maybe you shouldn't be in the country," which is still baffling to me because where is the "violence" that Kaepernick incited?

Trump will tell a group such as the Proud Boys to "stand back and stand by" despite their intolerant agenda and then tell insurrectionists at the Capitol Hill riots that he loves them despite the violence and blatant disregard for our government is something else. And it occurred right before our very eyes.

This does not scream democracy or righteousness to me in the slightest.

READ: Opinion: The hypocrisy of how police treated the Capitol riots vs BLM protests

Opinion: The hypocrisy of how police treated the Capitol riots vs BLM protests conversations.indy100.com

Although it's possible, there's still a long road ahead.

Time and time again, it seems as if the celebration of the trials and tribulations of somebody such as Martin Luther King Jr. or other people that have made positive contributions to society are only celebrated for the moment because it looks "good". On the other hand, there's ridicule and judgment when others such as Kaepernick, Stacy Abrams, or Alexandria Ocasio-Cortez, to name a few who practice what they preach every single day.

Ultimately, I hope that we can get to a point in this country where we are on the right side of history— a history of needed change.

Related Articles Around the Web
justice