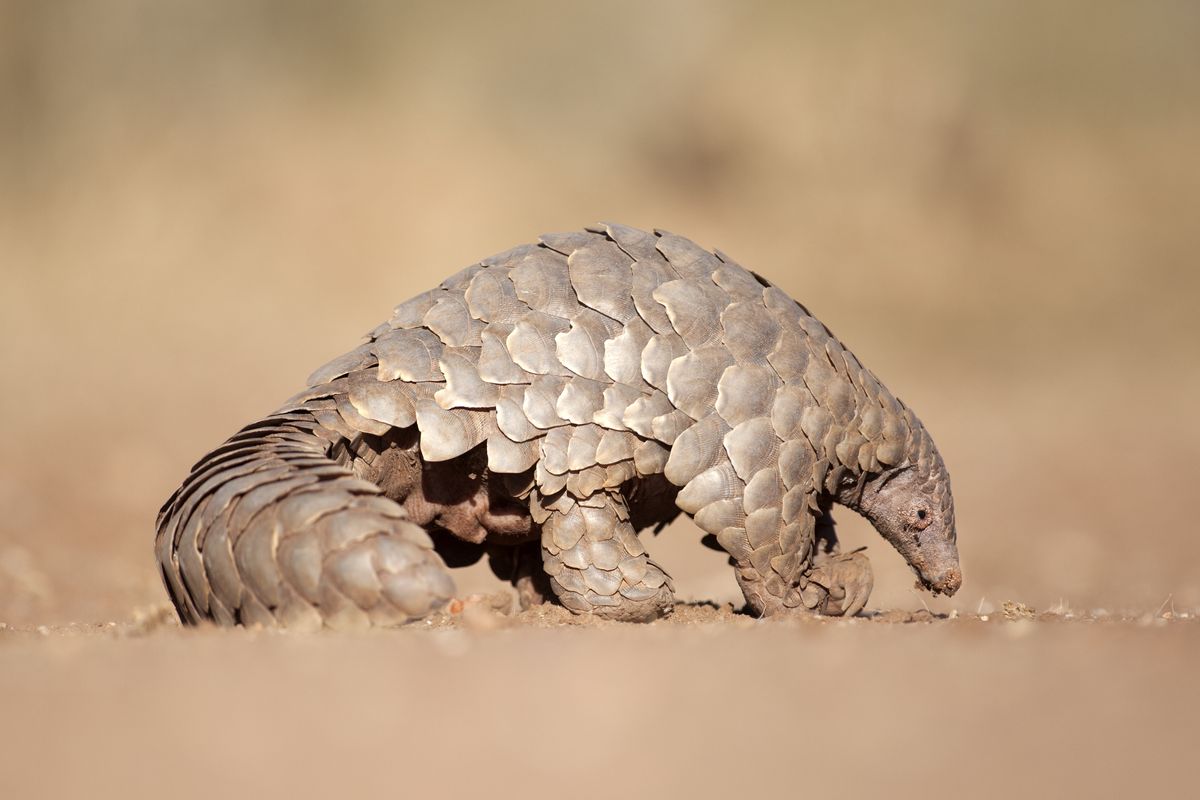 Pangolins are now considered the most heavily-trafficked animal in the world.

The US is blocking progress on tackling the wildlife trade at the G20 because of an outdated and discredited skepticism of climate change. This is a failure of leadership at the highest level, which is stalling global progress on pandemic preparedness.

In early summer, World Animal Protection launched a global campaign urging the G20 to #EndWildlifeTrade. As we all know by now, the current Covid-19 outbreak is believed to have originated at a live wildlife market in China and transmitted to humans as a result of close proximity between wild animals and people.

Negotiations have been going well, for the most part. The Civil 20—a group of civil society organizations from the G20 countries— has adopted language to support a wildlife trade ban. Several countries, such as the UK and Australia, would also like to see more action on this issue. But the US keeps getting in the way.

Driven primarily by the Trump administration's intransigence on anything to do with climate change, the US team is blocking important communiqués from the G20 Agriculture Ministers' meeting (September 12) and Environment Ministers' meeting (September 16) earlier this month. Communiqués are formal messages announced to the public and the press about agreements reached during these meetings. Without the release of those documents, we, as civil society organizations, have no way of holding governments to account for what was said at these meetings.

Through our network of 14 offices worldwide, we understand that strong language that would help curb the wildlife trade and its associated health risks was agreed at these meetings by all countries. In particular, the G20 agriculture ministers agreed to call for "improved monitoring" and "stricter safety and hygiene measures." The G20 environment ministers likewise recognized the wildlife trade's role in increasing disease risk and the need to reverse land degradation and habitat loss to reduce pandemic risks.

But this collaborative acknowledgment—which helps animals, people, and the planet—is unlikely to see the light of day if the US government continues to dig in its heels over acknowledging climate change. Earlier this month, the UN Convention on Biological Diversity released a damning report card showing that humanity is failing to prevent the destruction of wildlife and the ecosystems supporting all life. Global wildlife populations are in freefall, having plunged by more than two-thirds in the last fifty years. And three out of every four new or emerging infectious diseases in people come from animals.

The impact of Covid-19 in terms of loss of human life, physical and mental health, the global economy, livelihoods, and the quality of public life has been utterly devastating and cannot be underestimated. At the time of writing, Covid-19 has led to 32 million confirmed cases and around one million confirmed deaths across more than 200 countries and territories. According to the UN and others' calculations, the Covid-19 pandemic could cost the global economy between US$6 – 8.5 trillion.

The costs to the international community and governments of fighting a global pandemic are vastly higher than the costs of preventing it in the first place, including eliminating the global wildlife trade and funding the coordinated global response needed to bring an end to the international trade of wild animals and wild animal products. It is not the time to block decisive international action to curb the wildlife trade, prevent future pandemics, reduce animal suffering, and protect biodiversity.

Now is the time to demonstrate leadership by taking vital measures to prevent similar emerging infectious diseases developing into pandemics with the associated threats to human life and social and economic well-being.

World Animal Protection is a global animal welfare organization, and we have been moving the world to protect animals for over 55 years. World Animal Protection has General Consultative Status at the United Nations and regularly engages with governments, intergovernmental organizations, corporations, civil society, and the general public on a wide range of animal welfare issues related to animals in communities, animals in disasters, animals in farming and animals in the wild.

From Your Site Articles
Related Articles Around the Web
world news