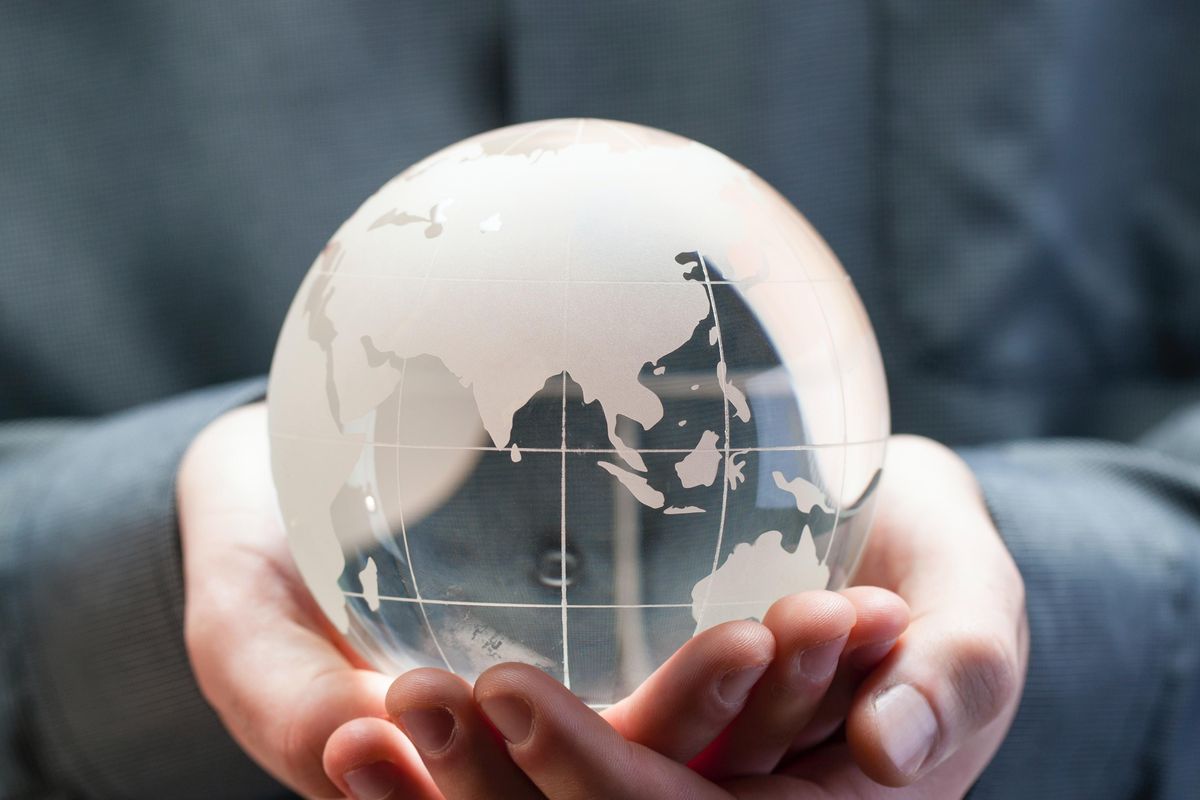 shallow focus photo of clear glass globe table ornament
Photo by Bill Oxford on Unsplash
jo-hand
Jo Hand is an inspirational social entrepreneur and sustainability and carbon footprint specialist on a mission to help people live more sustainably. She is a firm believer that if we have the right tools, we can all play a crucial role in preserving the environment on which we all depend. In 2017 Jo set up Giki, a social enterprise that provides the digital products to help everyone understand and reduce the environmental impacts of their own lifestyles.
https://www.linkedin.com/in/jo-hand-27b18a104/?originalSubdomain=uk

So the show is over in Cornwall and I know I'm not alone in being very disappointed that climate change hardly got a look in at the G7. This is despite it being the biggest problem we face among many other big global problems of our time. If world leaders are not able to deliver what is required when it comes to the climate, it's going to be up to us.

Time is running out for politicians to do what is required, so we collectively have to get involved and play our part for the future of our planet and humanity. The good news is there is more we can do as G7 businesses than many of us realise.

As environmentalist Sir David Attenborough said in his recorded address to G7 politicians: "We know in detail what is happening to our planet, and we know many of the things we need to do during this decade. Tackling climate change is now as much a political and communications challenge as it is a scientific or technological one. We have the skills to address it in time, all we need is the global will to do so."

I'm co-founder of Giki, a social enterprise on a mission to help people live sustainably. Giki stands for Get Informed, Know your impact.

Just before the G7 we released research which shows that climate clocks are ticking down faster than previously recognised for G7 countries. The global climate clock shows the world has eight years and five months at current levels of carbon emissions before the carbon budget runs out, resulting in a failure to keep global warming under 1.5 degree Celsius.

However, our analysis shows that G7 countries are using up their carbon budgets at twice the rate of the global average. In fact if everyone lived like people in the G7 countries, we have just four years and one month until the climate clock runs out. That's enough time for just two more Olympics, one US Presidential Election and one World Cup.

In contrast, if we all lived like the poorest 50% of the world's population we'd have 56 years and 6 months left on the climate clock. Bhutan is the only country in the world where the climate clock runs forever because they are carbon negative. Showing it CAN be done!

It is clear from our research that there is a huge amount that needs to be done over the next few years if we are to tackle the climate emergency. Large employers in G7 countries have an important part to play in this. Not only is there huge scope to cut their own operational emissions, they are able to influence millions of people to make much-needed lifestyle changes, which can all add up to make a big difference. For some companies, the combined personal carbon footprint of their employees can be up to 10 times larger than the operational footprint. We've seen some of the big employers we work with in the UK help their employees cut their carbon footprint by an average of a tonne each a year. This is the pace we need every year to keep temperature rise below 1.5 degrees Celsius.

As employers, we can all take effective but pretty simple steps to support employees to switch to more sustainable lifestyles, like:

The organisations we work with have also seen great success through setting challenges which tap into the natural competitiveness between teams. It is incredible to see how much can be achieved by these forward-thinking businesses and gives me hope in the face of frustration at the lack of collective action from world leaders.

To find out more about how employers can play their part visit https://giki.earth/

Individuals can also sign up to Giki and see their own personal climate clock.

Sicily is rebooting the conversation on independence - starting with football

The perfect paradigm of the dynamics between politics, linguistic and cultural identity, and sport.

Sports can be "a vehicle of cultural identity," according to Salvatore Mangano, president of the newly formed Sicilian national team on the occasion of its first official competition. Along with five other teams representing as many other "nations without a state," the team is competing for the Mediterranean Futsal Cup 2021 in Sanremo.

The event has been coordinated by Francesco Zema of Conifa. This organisation brings together the representatives of communities and people who want to voice their cry for representation through sport and football, in particular. Sicily is Conifa's newest member, welcomed into the fold last June, and is the perfect paradigm of the dynamics between politics, linguistic and cultural identity, and sport.

As a psychologist at the University of Sussex, I have worked with many parents who experience anxiety and wanted to share some of what I have learned.

I am part of a team of psychologists at the University of Sussex whose work focuses on parental mental health, who also happens to be a mum.

It's understandable how hard it can be to navigate the pressures of children, relationships, work, life, everything. Because of that, it is important it is for every parent to get good information and support if they need or want it. Our clinic focuses on parents who experience anxiety, and below are the three key things I have learned by working with these parents.

Keep reading... Show less
parenting
#StartTheConversation by joining us on
Want to Write For Us?
Have something interesting to say? We want to hear it!
Here are a few tips on getting your work featured
Read More
Top Conversations
Most Popular

Sicily is rebooting the conversation on independence - starting with football