From candy canes to ugly sweaters: How the most popular Christmas traditions originated

Although Covid-19 might have us feeling some kind of way, that doesn't necessarily mean we can't still celebrate our favorite traditions. 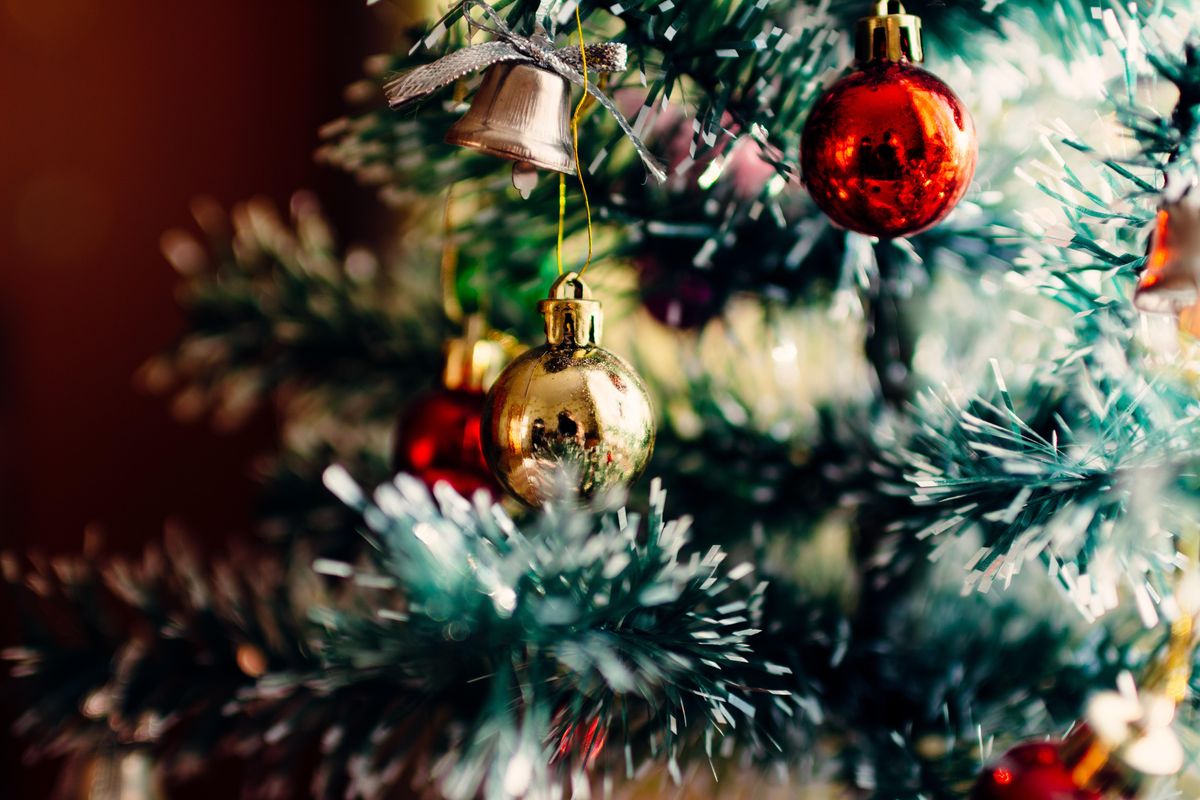 Alas, the holidays are upon us. Baking cookies, decorating the tree, wrapping gifts and jamming out to Christmas music all come with the territory of celebrating the holidays.There are literally three days left until Christmas and if you're an anxious mess, congratulations: you're not alone.

Although Covid-19 might have us feeling some kinda way, that doesn't necessarily mean we can't still celebrate our favorite traditions. But Christmastime has me contemplating how some of my favorite traditions originated. With that being said, I decided to take a virtual journey to discover the history behind some of the most popular Christmas traditions.

Besides, it's not like I have anything better to do with my time.

Although Christmas trees originated in Germany during the Middle Ages, Christmas trees didn't become popular in the U.S. until the 19th century. The first Christmas tree lot was opened in 1851, by a New York woodsman named Mark Carr. According to the American Christmas Tree Association (yes, it's a real organization), 96 million U.S. households celebrated Christmas with a real tree in 2019. That's 77% percent of U.S. households.

What's more, many people believed plants and trees that remained green all year held special meaning in the winter. Some believed evergreens would keep away witches, ghosts, evil spirits, and illness. Do toxic ex-boyfriends fall into that category?

One of my favorite holiday traditions also happens to be the most ubiquitous. Apart from Santa Claus and Christmas trees, Christmas lights are reminiscent of the holiday spirit. Although Thomas Edison is famous for inventing the light bulb, it was his partner, Edward Hibberd Johnson who had the brilliant idea of stringing bulbs around a Christmas tree in New York in 1882.

It wasn't until 1914 when the lights were mass produced in stores. Since then, 150 million sets of lights are sold in the U.S. each year. With many of my favorite traditions being cancelled this year, this trend remains among the few safe ones to indulge in. One of my favorite things to do lately, is take evening walks in my neighborhood and view the many Christmas displays.

I'll sometimes plug in my earbuds to listen to Christmas music while exploring the many displays surrounding my neighborhood. It's become a hopeful indulgence during a time of uncertainty.

READ: What Christmas traditions does Britain have that America doesn't?

What Christmas traditions does Britain have that America doesn't? conversations.indy100.com

And where did they come from?

There's nothing more reminiscent to Christmastime than the taste of peppermint. At least for me. Although candy canes date back to Germany during 1670, they didn't arrive in the U.S. until 1847, when a German-Swedish immigrant living in Wooster, Ohio placed them on a tree.

That's how the tradition of using candy canes as ornaments originated. When an automated candy cane-making machine was invented in the 1950s, candy canes immediately became a holiday treat among Americans.

One of my favorite holiday traditions as a child were advent calendars. Preferably the ones with tiny chocolates inside. Created by publisher Gerhard Land in Germany during 1903, advent calendars provided impatient children (such as myself) a way to count down to Christmas by opening one "door" or "window" a day to reveal a Bible passage, poem or small gift.

Advent calendars have since grown in popularity, evolving into secular calendars that include daily gifts including chocolates, nail polish and mini wine bottles.

5. It's a Wonderful Life

Watching It's a Wonderful Life on NBC every Christmas Eve is one of the earliest traditions I can remember. Frank Capra's classic Christmas film starring Jimmy Stewart debuted in 1946. Without giving too much away for those who haven't seen the film, the film centers around George Bailey, a suicidal man who is shown what life would be like without him by an angel.

Due to a lapsed copyright in the 1970s, TV stations were allowed to air the film for free. Since then, the film has been aired exclusively on NBC every Christmas Eve since 1994. Apart from Christmas in Connecticut (1945), it's one of my favorite holiday films to watch during the Holidays.

Another of my favorite, yet quirky holiday traditions are ugly Christmas sweaters. What's not to love? Although these beloved holiday sweaters originated in the 1980s, they became an ironic party staple during 2001 in Vancouver, Canada. Since then, the trend has gained immense popularity, with many Americans throwing parties specifically catered to these sweaters.

Since holiday parties are cancelled this year, perhaps a virtual ugly Christmas party will suffice.

I detest eggnog. It's taste, consistency, color: there's absolutely nothing I like about this universal holiday cocktail. I much prefer mulled wine. However, considering its popularity among individuals, I thought it was appropriate to provide readers with the background behind the trend.

This disgusting yuletide beverage originates from posset, a medieval England drink made with hot curdled milk and ale or wine. However, it grew in popularity among American colonists when they added rum to the recipe. And that is how the spiked eggnog trend came to be.

When I envision the holidays, the images of gingerbread houses and cookies, immediately invade my mind. In my opinion, there's nothing more festive than decorating a house made of gingerbread, or baking a batch of delicious gingerbread men. The tradition of decorating gingerbread houses originated in Germany during the early 1800s. It became popular after the not-so-Christmassy fairy tale of Hansel and Gretel was published in 1812 by The Brothers Grim.

From Your Site Articles
Related Articles Around the Web
christmas