Why 'Black Wall Street's' legacy needs to be revisited

Despite having a supposed understanding of all there is to know about Black history, I honestly didn't know as much as I thought. One of the most prolific events in history that escaped my knowledge was The Tulsa Race Massacre. 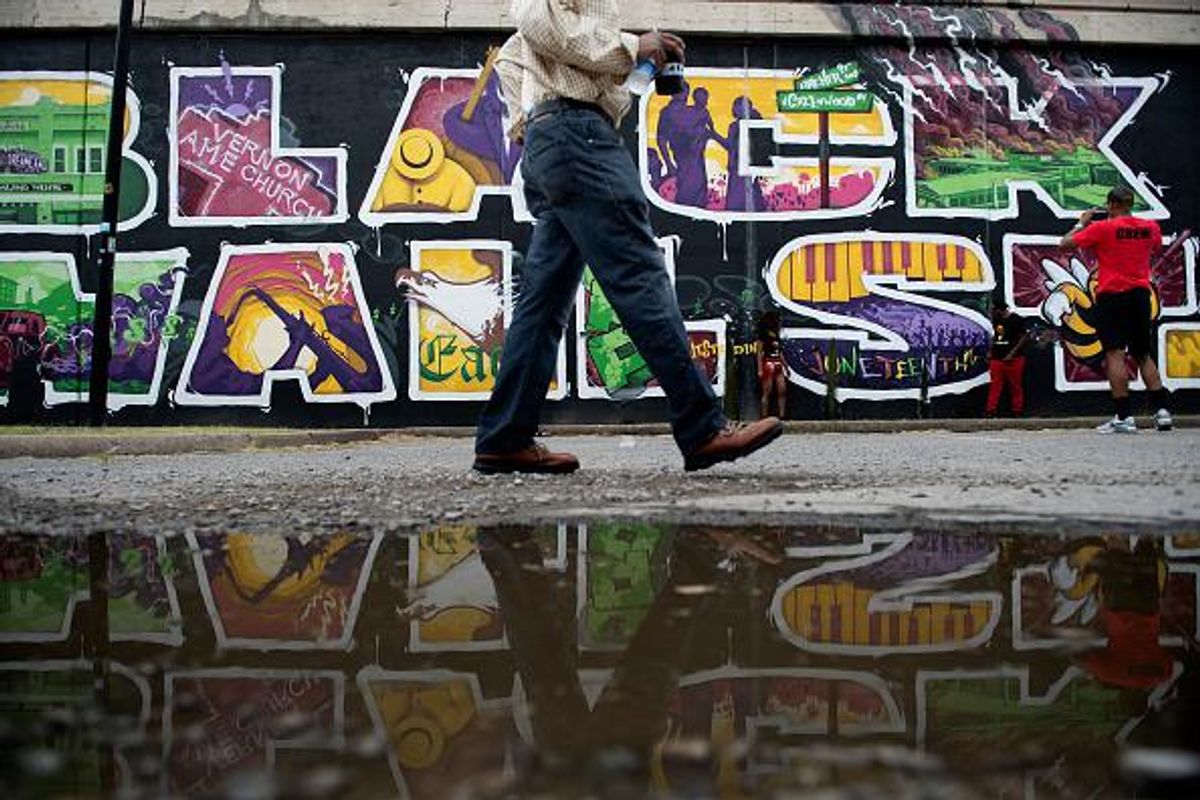 Several months ago, I had a spirited conversation with my mother about U.S. history and the community's status as a person of color. Despite having a supposed understanding of all there is to know about Black history, I honestly didn't know as much as I thought. One of the most prolific events in history that escaped my knowledge was The Tulsa Race Massacre.

When I fell down the rabbit hole of researching and analyzing what happened on that unfortunate day, it's safe to say my whole perspective on history changed forever.

The tragedy, which is estimated to have claimed nearly 300 people and injured around 800 (predominantly Black), devastated a neighborhood that had grown over a decade to become one of the most affluent sanctuaries for Black Americans in the U.S. to date.

Furthermore, historians have stated that the history of Black Wall Street and the devastating massacre that occurred there has not been taught in U.S. schools over the past century. Even Oklahoma has only recently added this element of history into the statewide school curriculum in February despite the racially charged incident originating there (which is quite sad and outright disturbing).

Tulsa's Greenwood District became an enclave for Black entrepreneurs within the 20th century. The day's worth of senseless race violence destroyed what thousands of Black people had built, blatantly disregarding the community's trials, tribulations, and history for decades to come.

O.W. Gurley and the formation of Black Wall Street

Due to a massive oil boom in Oklahoma, the state began to flourish, which also enticed many Black settlers around that time to come as the land was readily available. In 1906, a wealthy Black American landowner with a dream named O.W. Gurley moved to Tulsa, bought 40 acres of land, and decided only to sell the property to other Black settlers. Gurley was born in Arkansas to former slaves and was mostly self-educated there. Understanding that it may have been unlikely for him to succeed in the Jim Crow-era South, he left Arkansas in the1890s to join thousands of other people claiming land.

"African Americans in Tulsa carved out their own insular economy as a means of survival. To the consternation of some white Tulsans, the Greenwood District thrived. That success was a forceful rebuke to the myth of Black inferiority," said Hannibal B. Johnson, an attorney, and author of Black Wall Street: From Riot to Renaissance in Tulsa's Historic Greenwood District. Gurley also loaned money to other Black entrepreneurs trying to get their foot through the door when starting their businesses.

In further conversation with Johnson, he states, "Tulsa's Historic Greenwood District, celebrated as Black Wall Street for its remarkable concentration of Black entrepreneurs and businesspersons, was a community of necessity. But for the constraints of Jim Crow segregation that excluded Black Americans from the mainstream, white-dominated economy, the Greenwood District would not have been necessary." This sense of community was crucial in establishing Greenwood because this further encouraged other Black citizens to follow their passions in a country that was often patronizing.

Even though Black Wall Street was a self-sustaining Black community, it was blocks away from predominantly white areas that were very unwelcoming to other races. Racist violence in the U.S. was rising at that time—the country was struck with the Red Summer of 1919 when riots and instances of mob violence swept across major cities in the U.S. that murdered hundreds of people (mostly Black people). This evident racial tension set the blueprint for bloodshed.

On May 30th, 1921, a young Black man named Dick Rowland entered an elevator in an office building. While encountering Sarah Page, a young white elevator operator, she screamed, and Rowland immediately fled. Police officers were called, and Rowland was arrested ( I still can't make sense of what actually happened during the exchange between them).

Due to a front-page story that had come out in the Tulsa Tribune (allegations were made claiming that Rowland sexually assaulted Page), an angry white mob banded together outside of the courthouse demanding that the sheriff hand Rowland over to them. The sheriff rightfully refused, and his men barricaded the top floor of the courthouse to protect Rowland. The very next day, thousands of white citizens entered the Greenwood District, burning homes and businesses throughout Greenwood—all because of a twisted rumor.

The aftermath and what's in store for the Greenwood community

Black residents who did not want to leave the area they were flourishing in started to rebuild immediately after this massacre. By the early 1940s, the neighborhood created 200 Black-owned businesses, which is a fantastic accomplishment. Other surviving Black residents struggled to recover the wealth that they've obtained amid the destruction. Reports say that Gurley lost his wealth in the violence and destruction, causing him to leave Tulsa for good. Unfortunately, little is known about Gurley after his move to Los Angeles, which is often the unfortunate history of many Black people in their contributions to a cause— I've noticed that they often become diminished in the conversation of history.

The Tulsa Race Massacre Centennial Commission, a state organization founded by Senator Kevin Matthews, has been working to share The Greenwood District's narrative worldwide. Efforts are set to tell the story in an all-encompassing and experimental way that would link the past to the present, further educating the world about the events.

Additionally, in 2018 Tulsa officials dedicated a Black Wall Street mural painted on the side of a highway that runs through the Greenwood District. Local leaders also secured $25m in funding, renovating, and expansion at the Greenwood Cultural Center. Today, efforts are continuous in the restoration of this once prominent area—GoFundMe campaigns to raise money to rebuild the district and community organizations working to ensure the wellness of the remaining survivors, which is necessary if we don't want history to repeat itself.

As a community (and quite frankly as a nation), we must hold each other accountable to discuss and educate ourselves on what happened to Greenwood residents. When it was at the pinnacle of success, Black Wall Street symbolized Black achievement, no matter what circumstances are to come.

The legacies and resilience to make the most of themselves when that wasn't "possible" deserve to be honored and treasured.

From Your Site Articles
Related Articles Around the Web
race