Am I a bigot? How one political conversation made me think so

A pleasant chat swiftly deteriorated into the inevitable row, and for a few short minutes, the season of goodwill was out the window with the scraps for the birds. 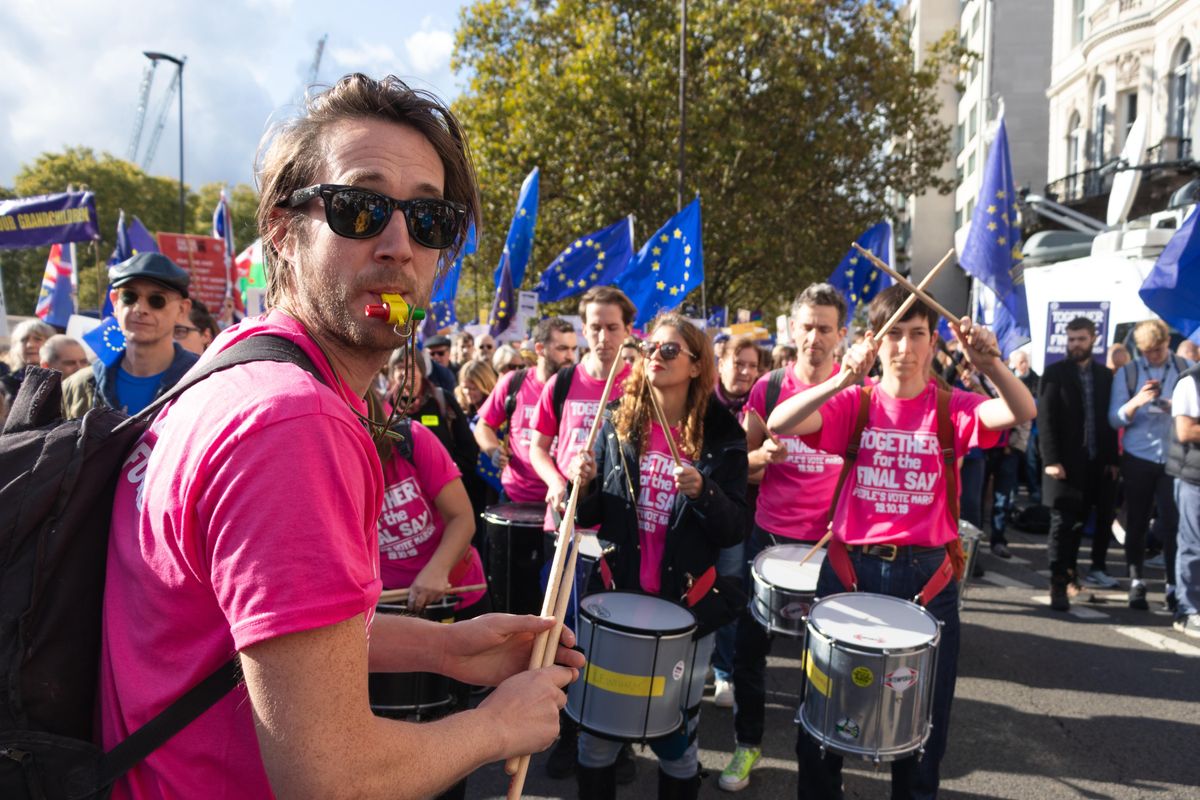 It started on Christmas Day, at the dinner table. The conversation drifted into dangerous waters - Brexit. A pleasant chat swiftly deteriorated into the inevitable row, and for a few short minutes, the season of goodwill was out the window with the scraps for the birds. Decorum was quickly restored and the incident glossed over. But it still persists three weeks on.

The spat, blessedly brief as it was, revealed a dichotomy that goes to the heart of who we are. Close family with whom we share values, history and love, utterly divided by political perception and both incapable of seeing the viewpoint of the other. The present-day U.K. or the U.S. in miniature.

Cards on the table, I am a middle-aged, middle class white university-educated Labor-supporting remainer. Only the fact I am a Northerner possibly saves me from cliché. My mother and aunt, both born during the war, are good shire Tories and Leavers. Their holy grail is sovereignty, mine economics. They think they have 'got their country back', I believe I have lost mine.

It's easy to dismiss them as xenophobic little Englanders, looking back to a country that never existed and to my shame, I have.

Does this make me the bigot?

I have grown up with the EU, have seen us go in my lifetime from the 'sick man of Europe' to a prosperous, vibrant, and open country. I have accepted the shift of power to Brussels, and freedom of movement as part and parcel of membership of something bigger than the U.K. that in my perception brought significant benefit economically. What I haven't done is given any consideration to those who can't see a benefit.

For those who see their earning capacity as being reduced by the free movement of labour. For those who see money flowing out which could be spent at home. Or, for those who see the loss of control of our laws, borders as a diminution of a proud sovereign state. These are genuine concerns, does my failure to give regard to, or let's be honest, even notice them, make me the bigot here?

READ: In a post-Brexit world, who will win and lose from each new trade agreement

In a post-Brexit world, who will win and lose from each new trade agreement? conversations.indy100.com

UK traders or financial service providers may benefit, but how do we redistribute profits from the winners to individuals and communities who lose their jobs and local industries?

So, am I a bigot? The dictionary definition is: 'A person who is obstinately or unreasonably attached to a belief, opinion, or faction, especially one who is prejudiced against or antagonistic towards a person or people on the basis of their membership of a particular group.'

This is uncomfortable reading for me.

I have refused to accept the validity of the Brexit vote, dismissing it as a two-finger salute to the political elite, fueled by opportunists and charlatans. I have regarded Leavers as old, uneducated, and xenophobic. Furthermore, I have experienced a tingle of schadenfreude, with the difficulties being exhibited in exporting since December 31, 2020. So yes, I'd say that meets the definition.

I may regard myself as on the side of the angels, but that is simply not the case.

This has been cathartic to write and has forced me to consider the Leavers' arguments. It may appear self-flagellating, but that's not how I perceive it. What it has done is lanced some poison in my mind caused by the great Brexit schism. That poison can still be seen in our politics and media, and yet more so in the U.S., where it has become deadly and appears likely to remain the driver of politics, potentially until 2024.

Do I believe leaving the EU was the right thing? No. Would I like to see us back in? Absolutely. However, the decision to leave was democracy in action, we are now out and have to make it work. Will we go back in? Yes, I believe so, but not until the concerns of the leavers are understood and addressed and there is the will from a significant majority of the populace for that to happen.

This assumes that the EU has a willingness to readmit a country that was only ever a semi-detached member. There is also the question of what the UK looks like in 10 years. We may no longer include Scotland or Northern Ireland, but that's a different discussion...

Related Articles Around the Web
bigotry