Why the overturning of Roe v. Wade is more terrifying than you think

With the confirmation of conservative Amy Coney Barrett to the Supreme Court, this country will witness a shift that will set our country back decades. 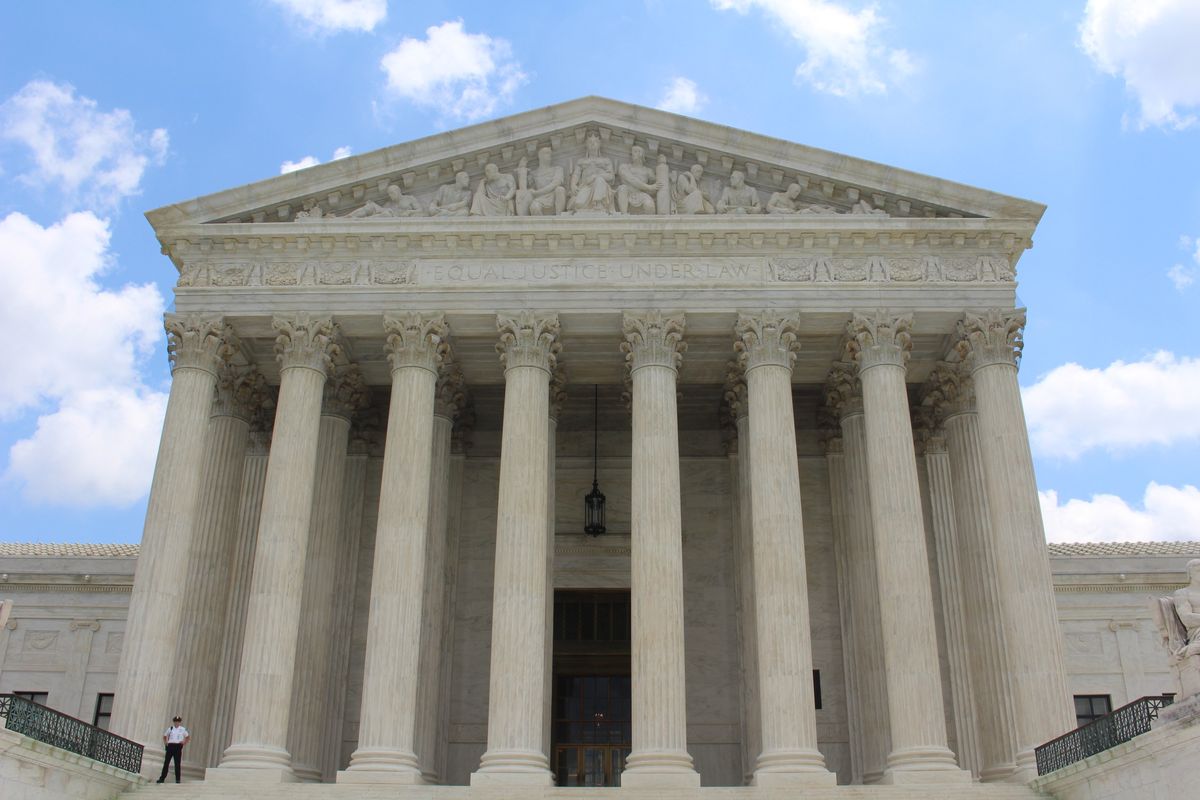 Attacks on reproductive rights have occurred for decades. But no one could predict the amount of setbacks we've witnessed in 2020 in regards to abortion access. Well, we kind of predicted it when Trump was elected, but we never imagined it would actually come to fruition. With the nomination - and most-likely confirmation - of conservative Amy Coney Barrett to the Supreme Court, this country will witness a shift that will set our country back decades.

On the table is the overturning of Roe v. Wade, the landmark Supreme Court decision that legalized abortion in the U.S. in 1973.

Due to Barrett's extreme religious and conservative beliefs, many fear her appointment could lead to Roe v. Wade, being overturned, something GOP leaders have been keen on for years. Abortion is already a tricky subject to navigate within the U.S. Especially with Republicans attacking it at every angle. But with the overturning of Roe, abortion won't just be challenging to come by: it will be nonexistent.

The South has the most restrictions surrounding abortion, with certain states taking advantage of the pandemic and temporarily banning the procedure. Government officials in states including Texas, Ohio, Arkansas, and Iowa have all restricted or banned abortion at various points during the pandemic, according to the Guttmacher Institute.

In April, a federal appeals court in Texas placed a temporary ban on abortion as part of the state's coronavirus response, stating the procedure was "nonessential." According to statistics gathered from Guttmatcher, 34 states and Washington, D.C. only provide funding for abortions in the most extreme circumstances, such as rape or life endangerment.

We can thank the Hyde Amendment for that, which is a law that prevents federal funding for abortion except to save the life of the woman. Because most abortion recipients live below the federal poverty line, the Hyde Amendment is especially damaging. For those individuals, receiving an abortion is already difficult.

Then you have the added fact most Red states only have one abortion clinic within their jurisdiction. This often results in women traveling up to 200 miles just to reach a clinic, usually having to wait weeks for an available appointment. Some states even required a 24-hour waiting period, that often requires some form of counseling before receiving the procedure.

These obstacles aren't just a coincidence: they're strategic.

But these restrictions are nothing new. In fact, they're just a developing trend among Red states to impose more limitations on abortion access. According to Guttmatcher, 58 new restrictions were enacted in 2019. This includes 25 abortion bans in 12 states.

Throughout her confirmation hearings, Barrett was extremely calculated in answering questions pertaining to Roe v. Wade. During questioning from Sen. Amy Klobuchar (D-Minn.), Barrett continued evading her stance on overturning Roe v. Wade, continuing to give Klobuchar a history lesson on the term "super-precedent" rather than answering the question.

When Klobuchar questioned Barrett on whether Roe was considered "super-precedent," Barrett responded with:

"The way that it's used in the scholarship and the way that I was using it in the article that you're reading from was to define cases that are so well-settled that no political actors and no people seriously push for their overruling. And I'm answering a lot of questions about Roe, which I think indicates that Roe doesn't fall in that category. And scholars across the spectrum say that doesn't mean that Roe should be overruled. But descriptively, it does mean that it's not a case that everyone has accepted and doesn't call for its overruling."

You have to give it to Barrett, she's skilled at evading important questions damaging to her image.

But even if Roe v. Wade were overturned, it wouldn't go into effect automatically. According to an analysis from Middlebury College, abortion would likely become illegal in only 22 states. That's still a vast percentage, meaning for 41% of women of childbearing age, the nearest abortion clinic would close.

However, "trigger laws" that are currently pending would immediately go into effect if Roe is overturned. Arkansas, Mississippi, Louisiana, North Dakota, and South Dakota are among the states to propose these so-called "trigger laws."

In addition, if Roe isn't overturned, Red states could still continue passing legislation that would make access to the procedure more challenging. With a newly-conservative Supreme Court, this gives opportunity for judges to pass laws that would inevitably chip away at Roe until there's nothing left.

At the moment, there are 17 abortion-related cases pending in federal appeals courts. If Barrett is confirmed, it's only a matter of time until they're approved. If that does occur, Congress has the ability to enact a national law protecting the right to abortion. However, with three Trump-elected Supreme Court Justices on the bench, that's a lot easier said than done.

But there's an upside and that's voting. It may sound repetitive at this point, but it's true. When primary leaders can't step up to the plate, the task often falls onto state and local officials, as we discovered with our current president's mishandling of the current pandemic.

That's why state and local elections are so important.

It may not seem like it, but there are many states wanting to protect abortion access. Just look at what happened in Virginia this year. Virginia Gov. Ralph Northam signed a bill to rollback restrictions, including counseling and waiting period requirements, expanding access to abortion. That wouldn't have been possible ten years ago. But thanks to Obama, who flipped the Republican state on his way to the White House in 2008, that all changed.

So for those who continue to say "voting doesn't make a difference," think again.

We have the ability to change this country for the better. The power lies with us and only we can change the outcome. So let's do our part come Nov. 3rd and vote out the bad and usher in the good. This country is beyond ready for it.

From Your Site Articles
Related Articles Around the Web
roe v. wade