The police took two years of my life with a vindictive, racist investigation that led nowhere. 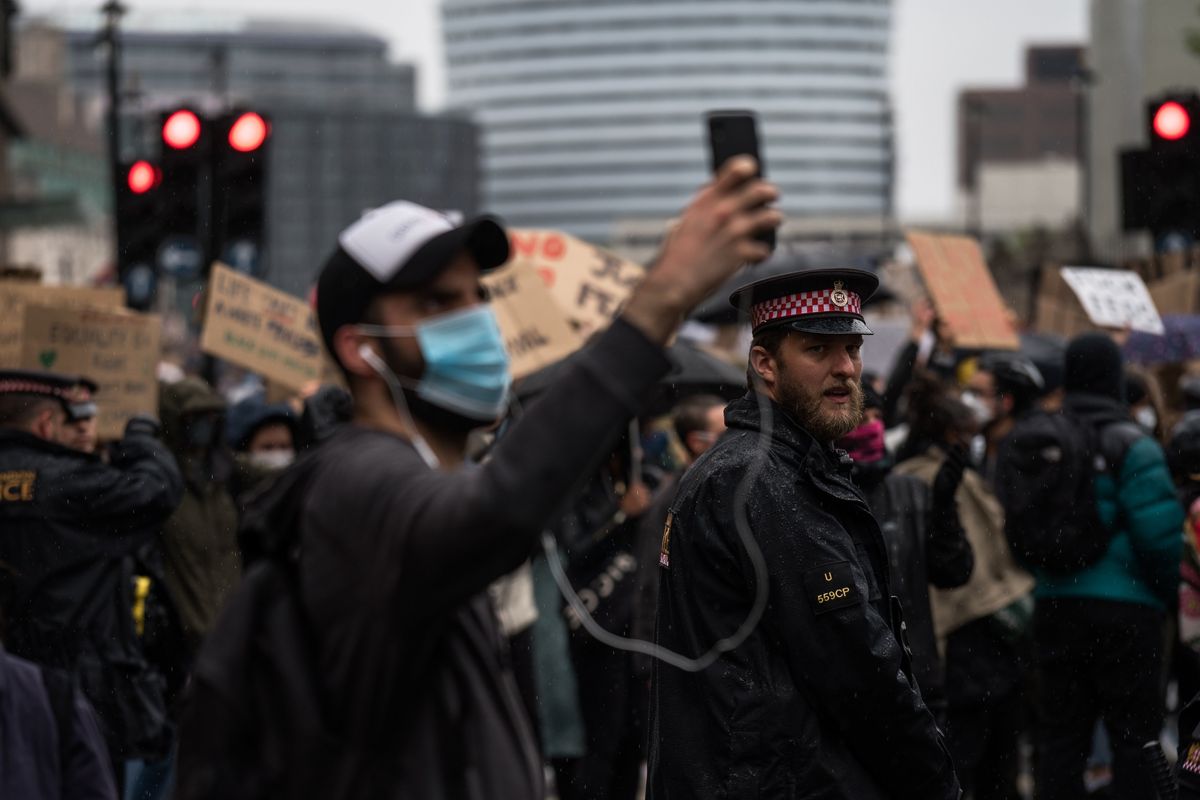 Adam Abraham is an Iraqi-British investor and philanthropist

Adam Abraham is an Iraqi-British investor and philanthropist

The Black Lives Matter movement and viral videos of police misconduct have focussed Britain's - and the world's - attention on the police brutality sometimes faced by Black communities.

This increase in awareness is welcomed, but it misses two crucial things: other communities often feel just as targeted as Black communities, and police 'brutality' is often not physical.

Members of other minorities, including those of Middle Eastern or Muslim heritage like myself, also suffer. And the type of brutality we encounter may be dressed up in procedural propriety or thorough investigations, which feel drawn out and vindictive.

Police brutality is about much more than just kneeling on someone's neck. Sometimes speculative investigations, built on assumptions that may be coloured by someone's ethnicity or background, can last years, paralysing a victim's livelihood, family life, and mental health.

I should know, having experienced the full spectrum of incidents. I am Iraqi-British and have been proud of making Britain my home since 1980. Although I originally came here for a private British education, I have since then started a business, created British jobs, and supported British charities at home and abroad.

A years-long Kafkaesque investigation without charge is something you might associate with Iraq. Little did I know that I would be experiencing somewhat similar circumstances in London, four decades after making it my home.

It was the latest of a long list of negative experiences I've had with the police, despite being a law-abiding property investor and philanthropist.

I was once questioned by a police officer and threatened that he would 'send me back to Saddam' - an insult that cut particularly deep.

Another time during a vehicle stop by two police officers, one of the officers asked my (English) girlfriend at the time, "aren't English boys good enough for you"?

These incidents will now be infrequent because of body-worn footage, leading to increased convictions and decreased impropriety or spurious investigations.

My experience showed me that those spurious investigations could be more devastating than any stop and search, more paralysing than any taser.

For two years, I was placed under investigation but not charged. I was interrogated about everything from my finances to my personal relationships. It was insinuated that I was everything from a drug dealer, to a money launderer, to a loan shark. I felt they were trying so hard to pin anything on me in what was a fishing expedition on a truly industrial scale.

It all started with the police convincing a judge to give them a search warrant on the basis of exaggerated and unfounded claims.

I then had my house raided at 6 a.m. by a squad of five officers, which was the worst experience of my life.

I hope that in the future, judges have the capacity to really challenge and fact-check police forces when they apply for search warrants before they are permitted to invade someone's home and privacy.

That search led to my safe, where relatively small amounts of currency for a London landlord whose tenants sometimes choose to pay in cash (with appropriate documentation) were found and used as evidence of potential money laundering. This led to the police accessing, without my knowledge, years of bank statements and tax returns and seizing all my business documents and my laptop as well as my backup hard drive.

These were held for two years, despite them promising my lawyers they would return them 14 months earlier. Since I didn't have a backup, my livelihood was essentially shut down for that time.

Does it take two years to check a laptop's contents for illegal activity? I would hope not, especially since if I was a criminal, that would have been another two years during which I was free to roam the streets and go about my business.

The police eventually admitted (after four court appearances) that I was not, after all, a money launderer, and paid my costs, totaling £20,000. That, plus perhaps hundreds of hours of police and barristers' time, is the taxpayer's cost and the cost to the public safety that depends on police catching criminals, not law-abiding people they don't like the look of.

Apart from my costs, they did not compensate me for the lost earnings, to say nothing of the trauma caused to me - and most of all, my family.

This is what, months after I was cleared, hurts the most. I had to sit my daughters and explain that maybe their Dad would have to fight a court case that could end up in the media. I am sure it affected their studies, but also their sense of security and stability.

And for a good reason.

When their mother put the family home on the market, the police conducted a covert search of the house (and discrete interrogation of her) by sending an undercover officer posing as a potential buyer. I later discovered the officer was a counter-terrorism specialist.

But it may also be because I am a relatively wealthy man of Middle Eastern heritage who oversees international property transactions and has raised tens of thousands of pounds for Iraqi orphans, in the hands of a certain type of police officer that may be grounds for a counter-terrorism money-laundering investigation.

As we reassess how the police deal with the public, we must look at all the affected communities differently.

Often for those of Middle Eastern and Muslim heritage like myself, it is not about 'brutality' in the conventional sense - but can be even more destructive to our lives. For their part, the police have rejected a definition of Islamophobia proposed by the All-Party Parliamentary Group on British Muslims and do not even release stats on arrests involving Middle Eastern people, making us invisible.

Ordeals like the one I went through may not go viral, but they should prompt soul-searching nevertheless. No one has ever knelt on my neck, but I felt suffocated for two years, and sometimes still do.